Apr 21, 2017 12:06 AM PHT
Rappler.com
Facebook Twitter Copy URL
Copied
Staff Sergeant Anni Siraji is abducted by about 7 people at 9:30 am while on the road heading to Igasan, Patikul, Sulu 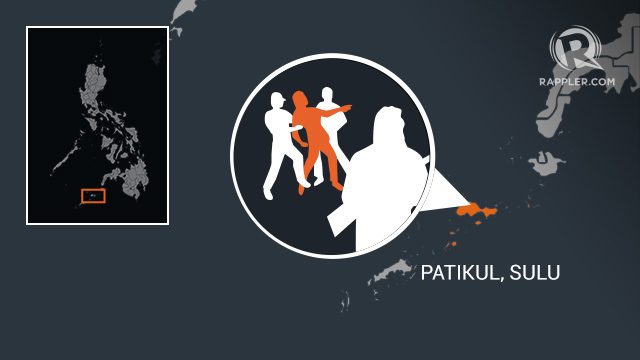 The Command Public Information Office of the Western Mindanao Command (Westmincom) said Staff Sergeant Anni Siraji of the 32nd Infantry Battalion (32IB) under the Joint Task Force Sulu was abducted by about 7 people at 9:30 am while on the road heading to Igasan, Patikul, Sulu. The abductors are believed to be members of the Abu Sayyaf group (ASG).

“The recent abduction incident involving our soldier should not be a reason for us to back out but should further motivate us to continue our relentless and sustained focus military operations against the ASG and the rescue of all kidnap victims,” says Brigadier General Cirilito Sobejana, Commander of the Joint Task Force Sulu.

Westmincom Chief Lieutenant General Carlito G Galvez, Jr called on the people of Sulu to help the Westmincom, adding, “I firmly believe that as long as we are together on this, we will be able to disallow these bandits to continue creating havoc and fear to everyone.”

“For now, we will continue to hunt the perpetrators and the rest of the Abu Sayyaf. We will not stop until we get our soldier back to his family,” Galvez added further. – Rappler.com