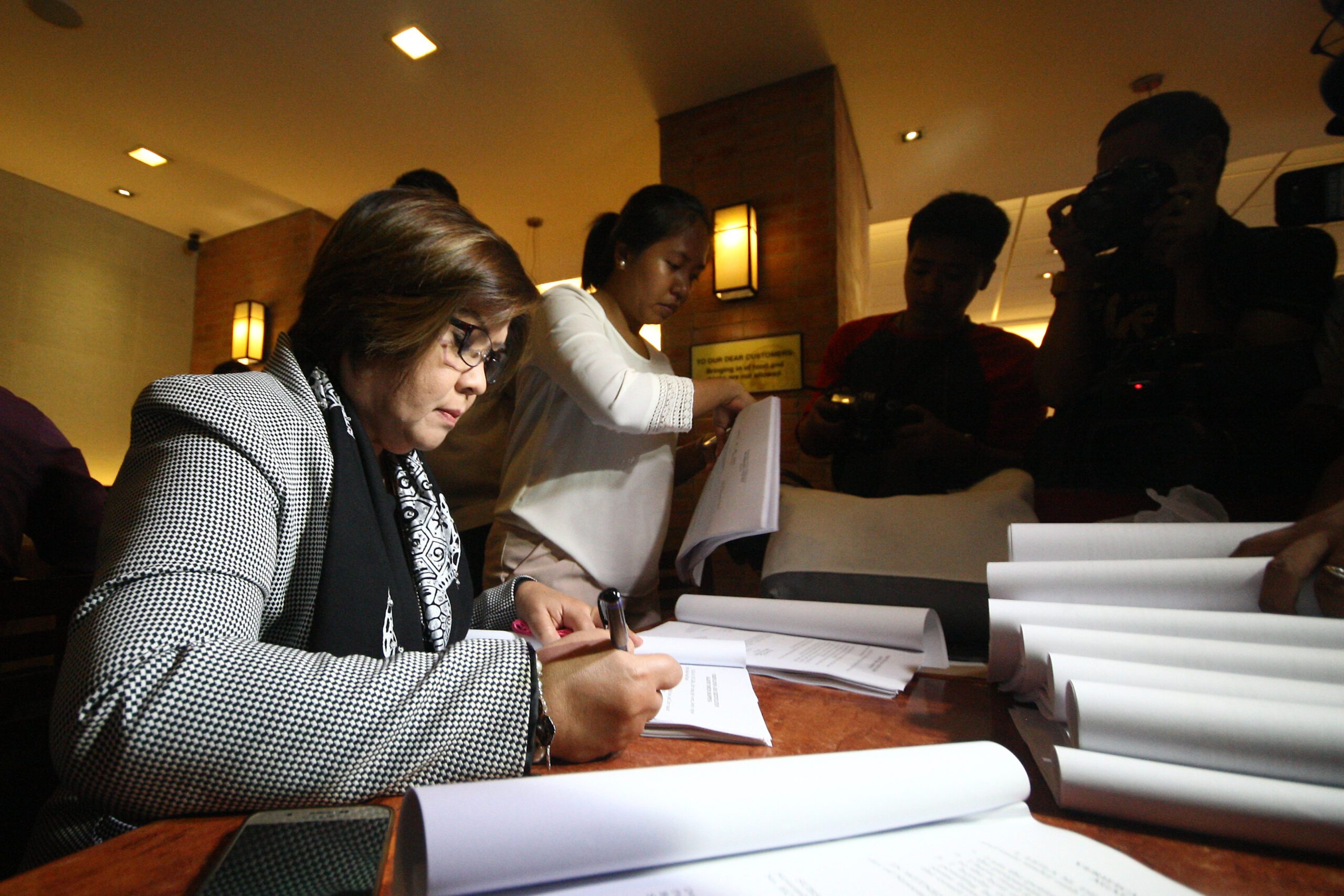 Senate Minority Leader Franklin Drilon said in a news briefing on Wednesday, April 26, that De Lima should be allowed to do so, citing the approval of former senators Jinggoy Estrada and Bong Revilla’s furlough requests made before anti-graft court Sandiganbayan.

“Well, yes, she cannot vote but that does not preclude us from asking the Senate leadership or asking the court to allow her to come to the Senate floor to vote on critical issues. That doesn’t prevent us [from doing so],” said Drilon in response to questions.

“If former senator Jinggoy is given furlough to attend the 80th birthday of [former] president Estrada and also [former] senator Revilla is allowed to visit his father, the court should allow Senator De Lima to perform her task as a senator but in certain critical votes. We will ask the court to allow her to cast her vote,” he added.

He referred to controversial administration measures such as the death penalty bill and the proposed postponement of the barangay elections.

Drilon pointed out De Lima, his party mate at the Liberal Party, is not “suspended” from office and is only physically barred from going to the Senate.

“Yes it has been discussed. We support the move,” Pangilinan said in a text message.

The entire minority bloc is against the passage of the bill seeking to reimpose the death penalty, one of the priority bills of the Duterte administration. Drilon said the measure is practically dead in the 17th Congress, with at least 13 negative votes in the Senate.

The bloc also opposes the move to amend the 1987 Constitution, and the measure seeking the postponement of the barangay elections so President Rodrigo Duterte could appoint officers-in-charge.

De Lima, the fiercest critic of Duterte, is detained in Camp Crame for drug charges. – Rappler.com