Sandiganbayan drops another fertilizer fund scam case due to delay 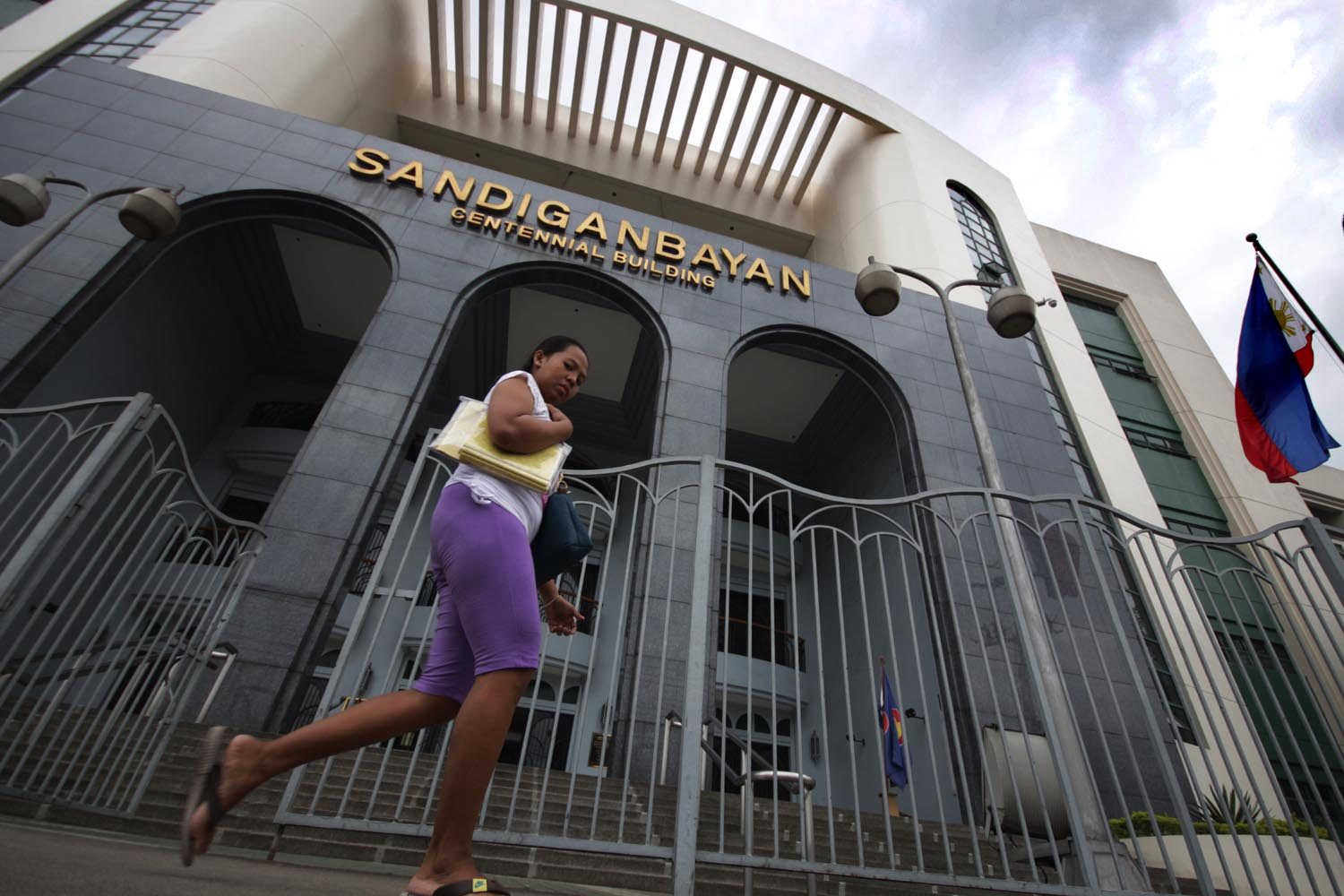 MANILA, Philippines – The Sandiganbayan appears to be deaf to the request of the Office of the Ombudsman to stop dismissing cases on the basis of “inordinate delay”.

In a ruling issued on April 24 and released to media on Wednesday, April 26, the Sandiganbayan First Division dismissed corruption charges against former Marinduque Representative Edmundo Reyes Jr and 7 others, citing “unreasonable delay” in the investigation by the Office of the Ombudsman.

In a press conference on Tuesday, April 25, the Office of the Ombudsman said that the court has dismissed a total of 26 cases from January to April this year due to what it thinks is inordinate delay at the investigation level.

Reyes was charged with graft and malversation for the misuse of P5 million in public funds, said to have been part of the widespread fertilizer fund scam.

The fertilizer fund scam, in all, involved P728 million and thrust at the center of the scandal the Department of Agriculture, which allegedly used its Farm Inputs and Farm Implements Program (FIFIP) to earn kickbacks.

The charges against Reyes were filed before the Sandiganbayan only in February. But the Sandiganbayan has decided there’s no longer a need to thresh out the issues in a full-blown trial, giving more merit to the argument of the accused to have the charges dropped because of the damages incurred by the delay.

This also inspired Reyes to invoke in a recent motion his right against delay.

The specific complaint against Reyes was filed before the Ombudsman in 2011, but the court is counting as far back to 2006 when former Ombudsman Merceditas Gutierrez created the task force which was dedicated to investigating the fertilizer fund scam.

“It took the Ombudsman 11 years to complete the preliminary investigation reckoned from the investigation commenced by the task force in 2006 to the filing of the informations in 2017,” the first division’s ruling says.

The Ombudsman defended the delay by saying that the 5 years between 2006 to 2011 that it took them to file a specific complaint against Reyes was due to the immensity of the scam.

Secondly, the Ombudsman uses the defense they’ve been using all this time – that the Sandiganbayan cannot start counting from the fact-finding level because it’s confidential in nature.

For the Ombudsman, the clock should start ticking when criminal investigation is triggered, or in Reyes’ case, around 2013.

But these did not satisfy the court. In their ruling, the Sandiganbayan reiterated that the count includes the fact-finding level. This dispute is currently the subject of a petition filed by the Ombudsman before the Supreme Court (SC). (READ: Ombudsman asks SC to strike down ‘delay’ doctrine)

“Clearly, the delay can only be attributed to the Ombudsman, and such delay was not convincingly explained and justified by the said Office. The Ombudsman took unreasonably long period of time to resolve the issues before it and file the Informations before this court,” the ruling said.

The court added: “It bears to stress that the questioned transactions happened in 2004. Certainly, there is basis in the accused-movants’ dilemma that the evidence for their defense, both testimonial and documentary, may already be difficult, if not, impossible to produce.”

The seeming conflict between the Ombudsman and the Sandiganbayan – the supposed partners in busting corruption – prompted Morales to defend her office in a series of media interviews this week.