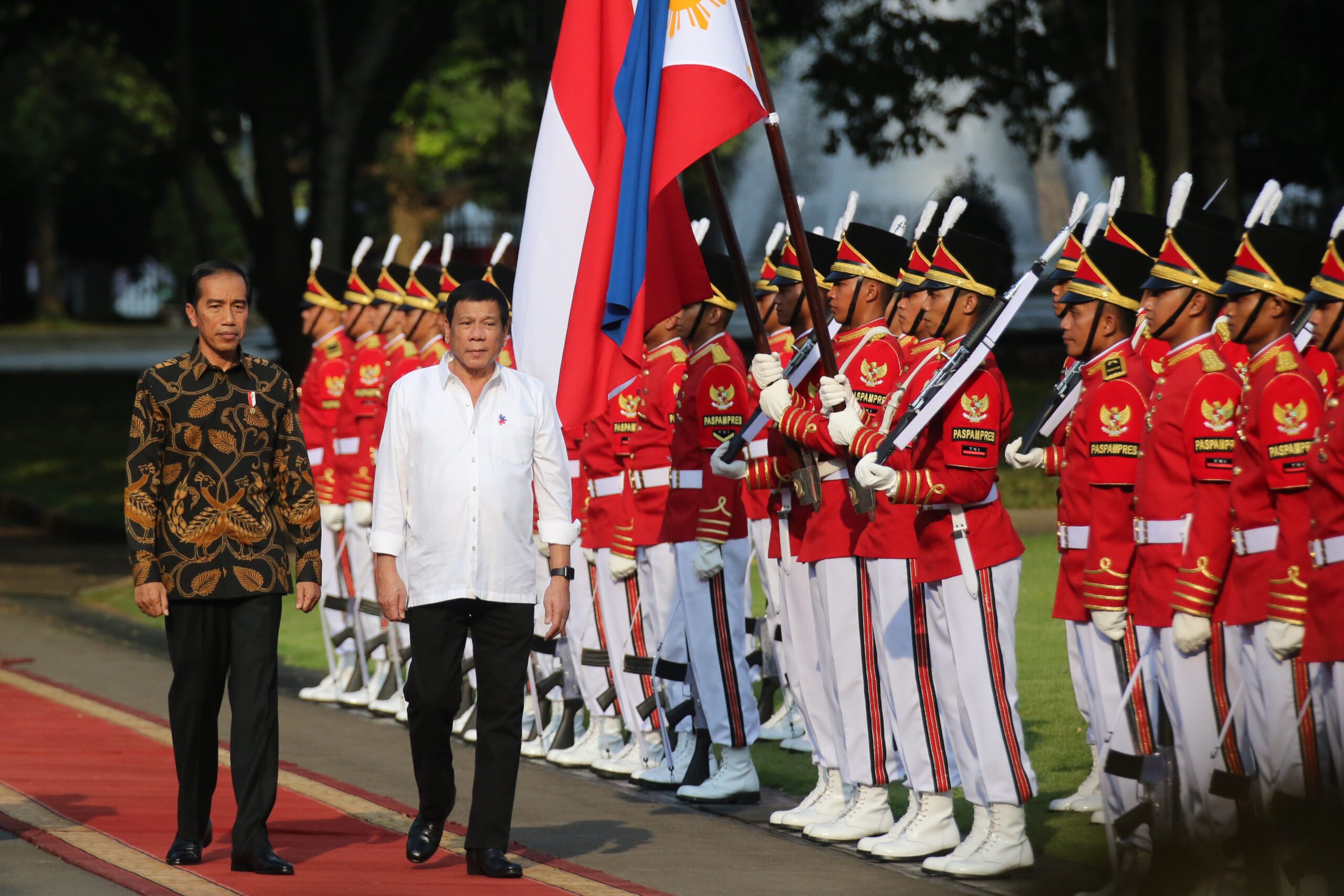 His plane landed at the Villamor Airbase. He is accompanied in his visit by his wife, First Lady Iriana Widodo.

Agriculture Secretary Emmanuel Piñol was designated to welcome the Indonesian leader in Villamor.

This is the second state visit by a foreign head of state during the Duterte administration. On Thursday, the Philippines hosted a state visit by Brunei Sultan Hassanal Bolkiah.

After landing, Jokowi will head to Malacañang for the official welcome ceremony led by President Rodrigo Duterte.

He and Duterte will then have a “restricted meeting.” The Philippine President said he might bring up the case of condemned overseas Filipino worker Mary Jane Veloso.

The restricted meeting will be followed by a bilateral meeting. Then, the two will witness the signing of two documents: a memorandum of understanding on joint agricultural sector development, and a joint declaration on the establishment of the Davao-General Santos-Bitung Roll-on Roll-off (RORO) system.

After the signing, Jokowi and Duterte will give their press statements.

In the evening, Duterte will host a state banquet in the Palace in Jokowi’s honor.

On Saturday, April 29, Jokowi, Duterte, and 8 other Southeast Asian leaders will participate in the 30th ASEAN Summit and Related Meetings at the Philippine International Convention Center.

On Sunday, Jokowi and Duterte will fly to Davao City to launch the Davao-GenSan-Bitung Roll-on, Roll-off ferry service.

This state visit is not the first time Duterte and Jokowi met. Aside from seeing each other during the ASEAN summit in Laos last year, Duterte was hosted by Jokowi during his visit to Indonesia in September 2016. – Rappler.com