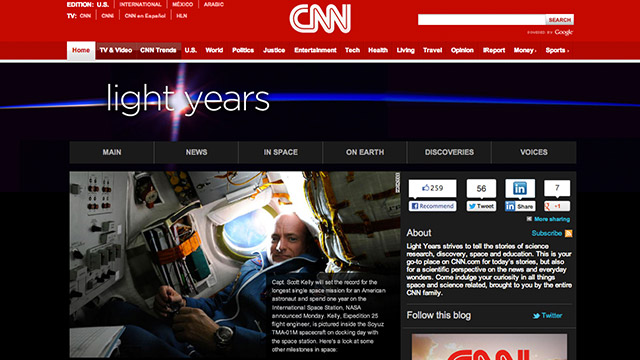 NASA astronaut Scott Kelly is set to embark on a mission that will make him the American who has spent the most time in space on one single mission. Set to take place in 2015, Kelly will join Russian cosmonaut Mikhail Kornienko onboard the International Space Station for a whole year to study the effects living in space has on the human body. Only 4 humans have lived in space for a year or more on one single mission. The current record is held by cosmonaut Valery Polyakov whose mission to the Russian Mir space station from January 1994 to March 1995 lasted 438 days.