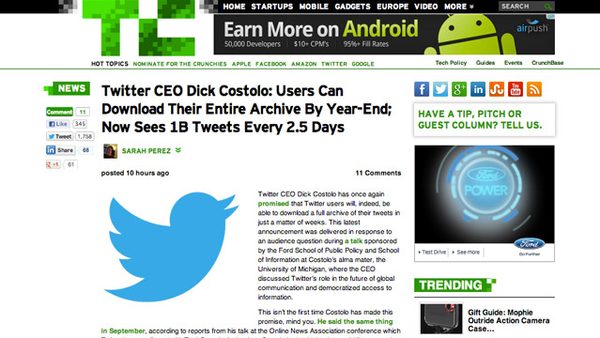 Twitter promises a new feature that will allow users to download a full archive of their tweets. The service was announced by Twitter CEO Dick Costolo and is expected to roll out before the end of 2012. Costolo made the announcement during a talk at the University of Michigan’s Ford School of Public Policy. But don’t get your hopes up just yet, Tech Crunch reports the CEO made a similar promise at another event last September. Post the US elections Twitter continues to grow, Costolo says Twitter has grown to 500 million users that send a billion tweets every two and a half days.