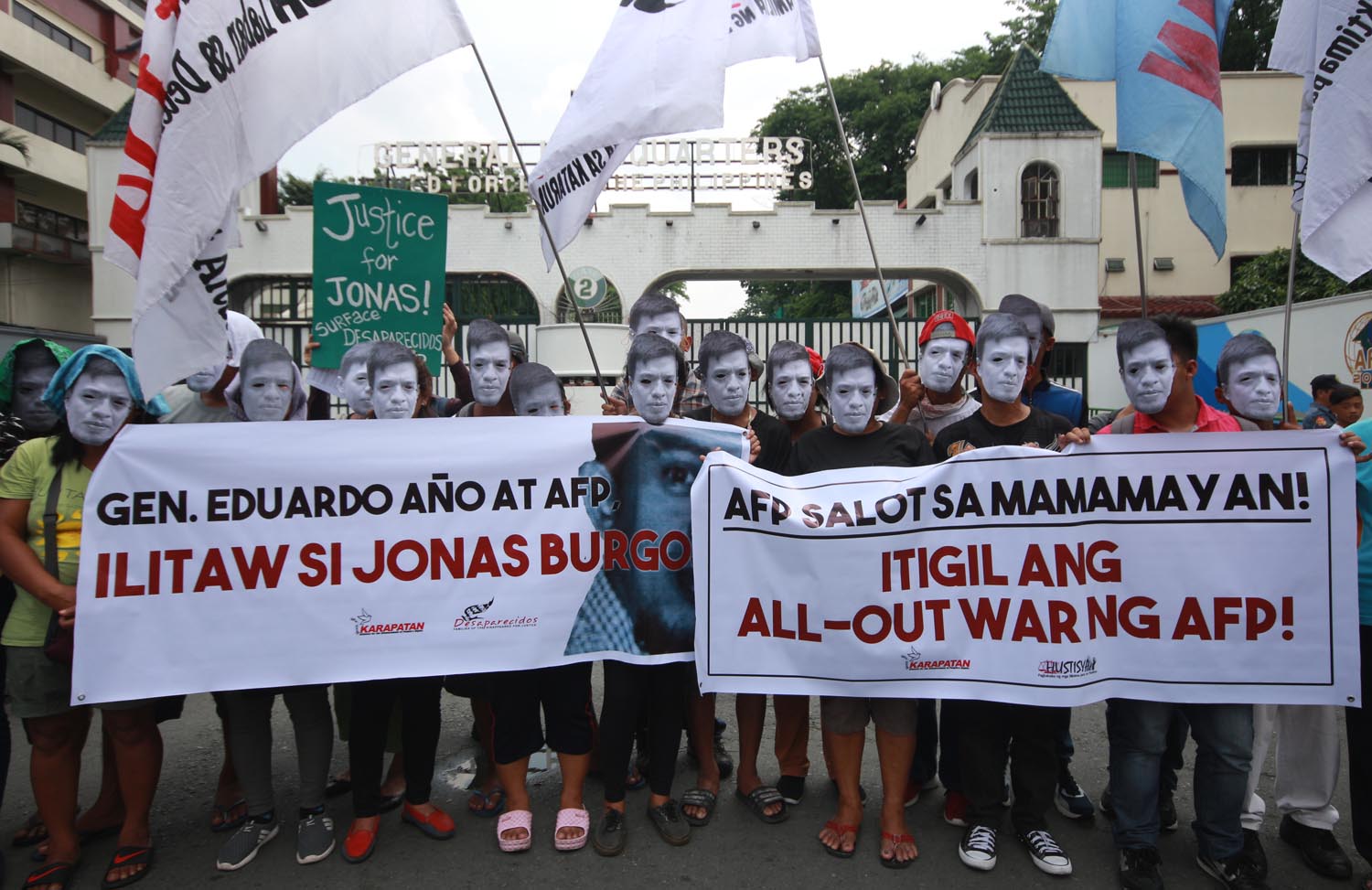 It’s the 10th year since the abduction of Burgos from the Ever Gotesco mall in the same city by alleged military intelligence agents, one of whom was positively identified by a witness.

“It has been 10 years and Jonas Burgos is still missing. Though cases have been filed, perpetrators have remained unpunished. From the Arroyo regime to the current administration, the disappearance of Jonas remains a continuing proof of the climate of impunity in our country,” said Jigs Clamor, Karapatan deputy secretary-general.

The quest for justice by the Burgos family is a reminder, according to Karapatan, of “prevalent injustice and lack of accountability of state security forces responsible for rights abuses and government negligence.”

Año: I do not know Jonas Burgos 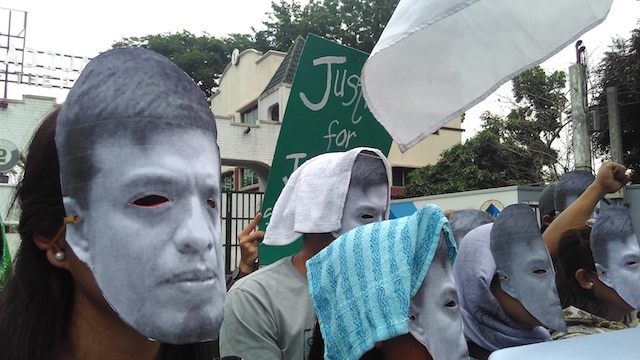 Año was back then the chief of the Philippine Army’s Intelligence Service Group (ISG). He was among those tagged by the family as responsible for the disappearance of Burgos, the son of one of the country’s icons of press freedom.

“Año headed the Army Intelligence Security Group in 2007, and is mainly responsible for the hunt-down operations that led to the enforced disappearance of Jonas.  We deplore the appointment of Año, whose track record is lined with human rights violations in the course of his rise in the military ranks,” said Carol Araullo of progressive group Bayan.

It’s a tag that Año laments to this day. “While I commiserate with Mrs. Burgos, they should accept the truth that I was not in any way involved in the disappearance of Jonas Burgos and in any of their allegations. I do not even know him,” Año told Rappler.

For years, Mrs. Edita Burgos tried to block Año’s promotion, but to no avail. He climbed the military hierarchy – becoming chief of the Intelligence Service of the AFP (ISAFP), commanding general of the 10th Infantry Division, and head of the Army before his appointment as chief of the entire military. (READ: Rebel hunter Año is new AFP chief)

An investigative report published in 2007 by now Rappler managing editor Glenda Gloria showed the military’s fingerprints all over the disappearance of Burgos, who was a communist leader in Bulacan. (READ: Jonas Burgos: Trapped in web of lives)

“That he’s a rebel doesn’t make his abduction right – using brute force off the battlefield and inside a mall, under the full glare of onlookers. That he’s a rebel – and still missing – illustrates the lengths to which desperate people would go to crush a stubborn rebellion knocking at the doors of Metro Manila,” wrote Gloria, a longtime observer of the Philippine military.

He was abducted at a time when the military notorious for alleged extrajudicial killings of political activists, under the notorious counter-insurgency campaign Oplan Bantay Laya. (READ: Why would the Army abduct Jonas Burgos?) 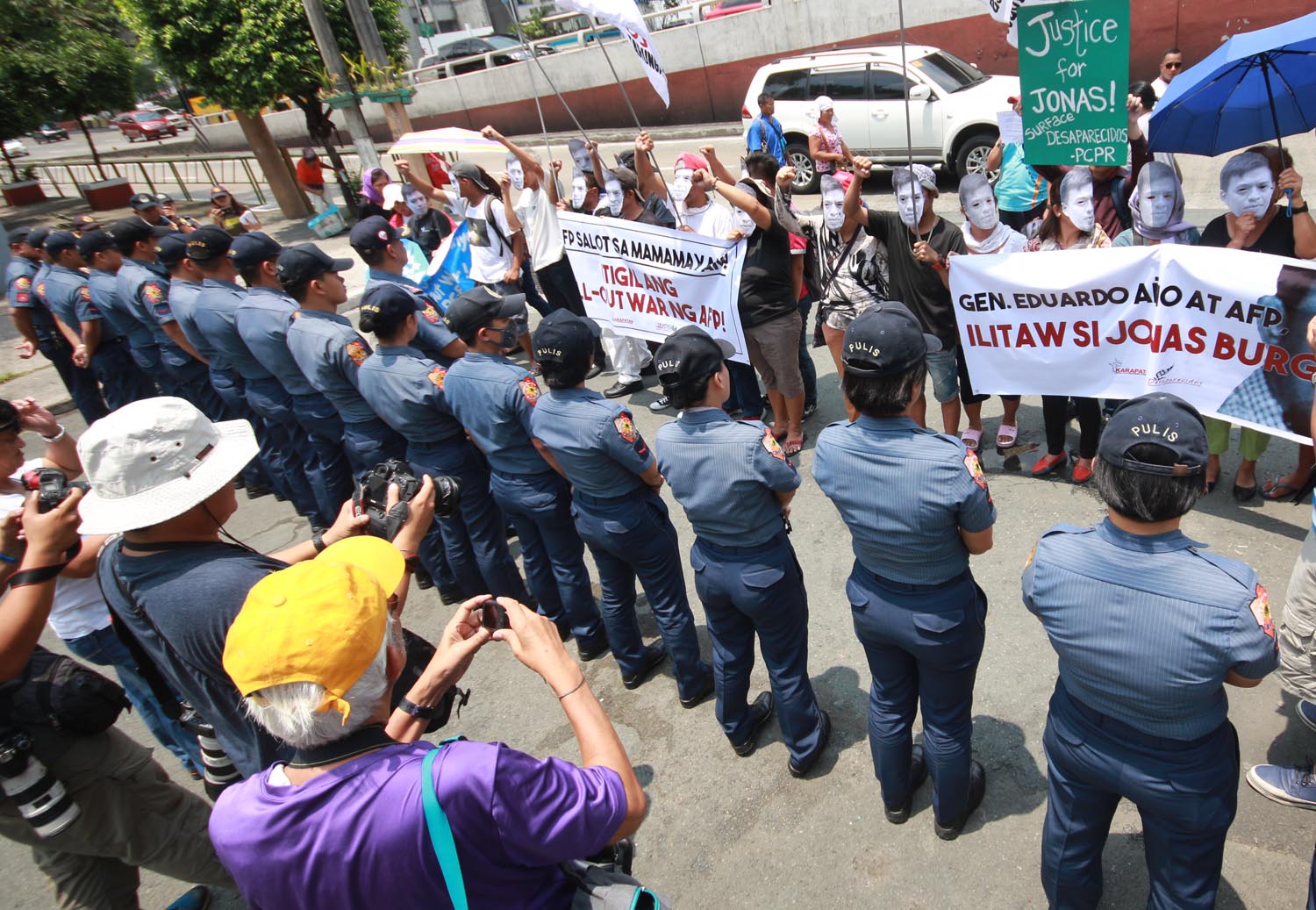 Charges were filed against several military officers, including Año, but most have since been dropped.

“In all  investigations conducted by PNP, NBI and CHR, my name was never mentioned. It was surprising that I was included in the complaint in 2011. These communist militants have been living on their own world and they would only accept their own version of the truth,” Año said.

What remains is a case against First Lieutenant Harry Baliaga Jr of the military’s 56th Infantry Battalion, the unit that then responsible for the area where Burgos allegedly operated in the province.

The case of Burgos is a rare instance of enforced disappearance that was able to specifically identify alleged perpetrators. The courts have been slow, but the search for justice continues. – Rappler.com