Facebook Twitter Copy URL
Copied
(UPDATED) It marks the ASEAN debut of President Rodrigo Duterte's common-law spouse, who took on the role of First Lady despite having no official designation

Straight from the opening ceremony at the Philippine International Convention Center where she welcomed ASEAN leaders and their spouses, Avanceña went to the National Museum to tour them.

Malaysia’s Rosmah Mansor attended the opening ceremony but was a no-show at the spouses’ event. Some wives of ASEAN ministers and ambassadors also joined the gathering. “She’s very happy with the museum and so she’s very comfortable in leading the group around. And she’s very conversant in art history of the Philippines. She knows we have the best talaga, we have great national collections, so we’re very happy,” Barns said in a chance interview.

According to organizers, spouses were given small-sized native woven mats as tokens. After a brief tour, Avanceña then hosted a luncheon, catered by the Diamond Hotel, at the 3rd floor of the museum or the old Senate hall. As they dined, there were entertained by cultural presentations of groups such as the Kalilayan Folkloric Group and the Pangkat Kawayan (The Singing Bamboos of the Philippines). 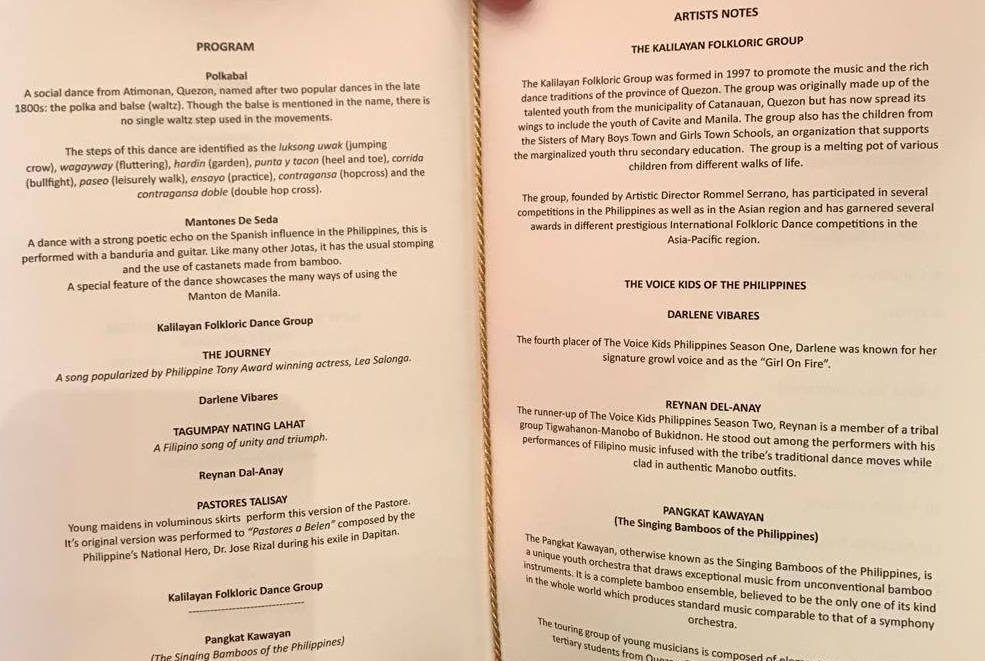 The spouses also witnessed a live weaving demonstration from Palawan and South Cotabato. ASEAN 2017 National Organizing Council Director-General Ambassador Marciano Paynor Jr earlier said they chose to hold a museum tour for convenience and to spare the ladies from the unforgiving April heat.

The First Lady or family members of the Philippine President are usually chosen to host spouses of visiting heads of government.

Though Avanceña is taking on the duties of a First Lady, the President has not officially named any person to the task. (READ: Honeylet Avanceña and her life with the next president)