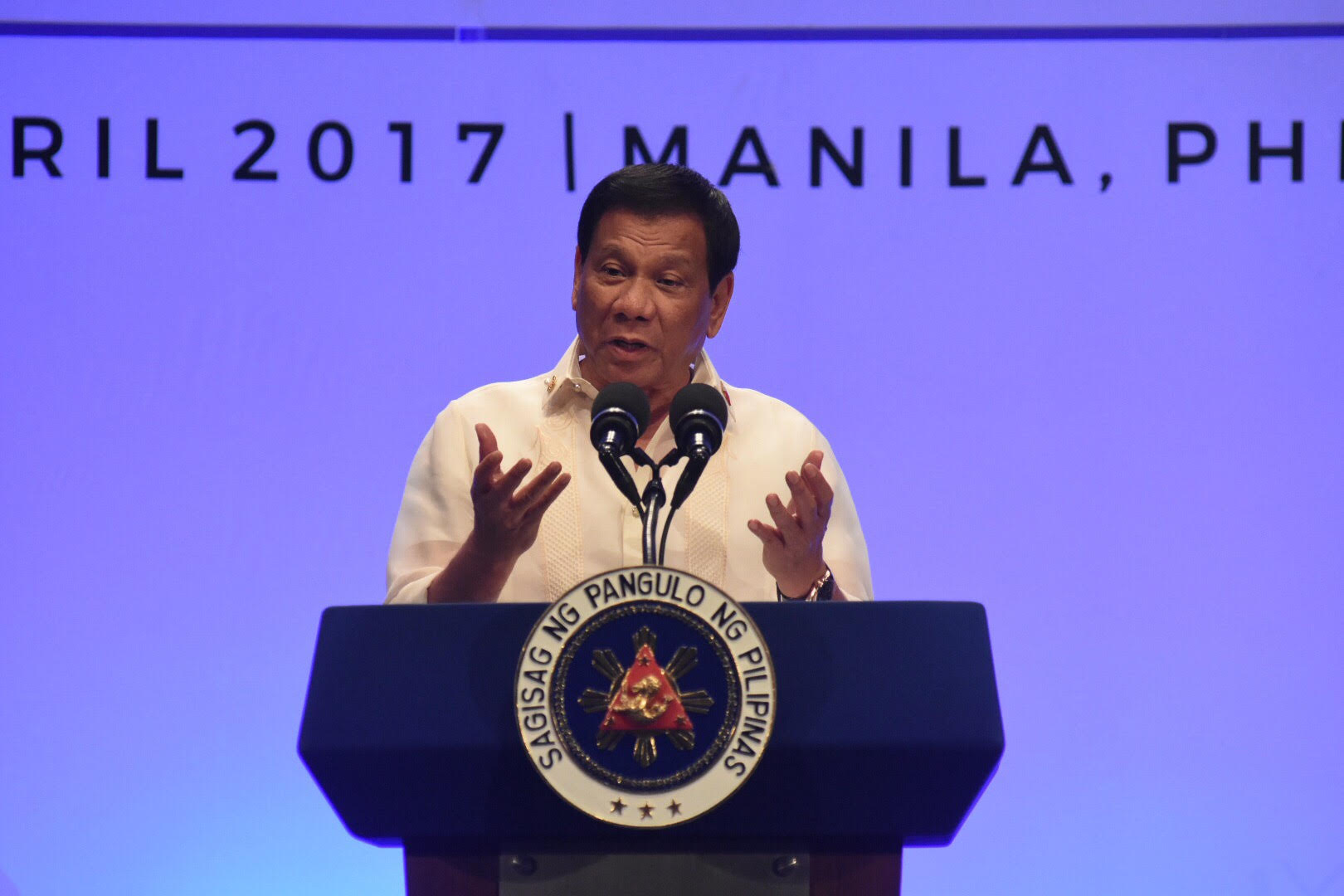 Duterte made the call in response to questions in a news briefing at the end of the 30th Association of Southeast Asian Nations Summit and Related Meetings that the Philippines hosted as this year’s ASEAN chair.

“We have to caution everybody, we would give the advice to the two power players because if they release their warheads, to just show restraint,” said Duterte, when asked about North Korea’s nuclear weapons tests and ballistic missile launches, a move that has angered the United States.

“It behooves upon America who wields the biggest stick to just be prudent and patient,” he added.

“The countries of ASEAN [are] extremely worried. There seems to be two countries playing with their toys and those toys are not really to entertain,” the Philippine leader said.

He described North Korean leader Kim Jong-un as somebody who “relishes letting go of his missiles.”

“Do not play into his hands. The guy simply wants to end the world. That is why he is very happy, he’s always smiling but he really wants to finish everything and they wlll drag us all down,” said Duterte.

Speaking for his fellow ASEAN leaders, Duterte expressed a common concern that Southeast Asia would be among the to first suffer the consequences of a war between the US and North Korea.

“One miscalculation of a missile, whether or not a nuclear warhead or just an ordinary bomb, one explosion there that would hit somebody would cause a catastrophe and it would really mean the first victims would be Asia and the whole of the ASEAN countries and the rest,” said Duterte.

Because of this concern, Duterte intends to tell US President Donald Trump, during a scheduled phone call late Saturday night, to exercise prudence on the North Korea issue.

“I’m expecting a call actually from President Trump tonight and I will say, ‘Mr President, please see to it that there is no war because my region will suffer immensely,’” said Duterte.

A communique about North Korea will be part of his ASEAN chairman statement to be released later tonight.

North Korea has appealed to ASEAN for support in its row with the US to prevent what it warned could be a “nuclear holocaust.” – Rappler.com