The Supreme Court, sitting as the Presidential Electoral Tribunal (PET), had given Robredo a non-extendible deadline of until May 2 to pay P8 million of the P16-million service fee for the electoral protest.

Her lawyer, former Akbayan representative Barry Gutierrez, told reporters on Tuesday that the amount was raised from Robredo’s personal funds and loans from relatives of her late husband, former interior secretary Jesse Robredo.

(Unlike our opponent, VP Leni doesn’t have that much money but she’s ready to be buried in debt to stop the attempt to rob her of the position entrusted to her by the public.)

Fight vs return to ‘old ways’ 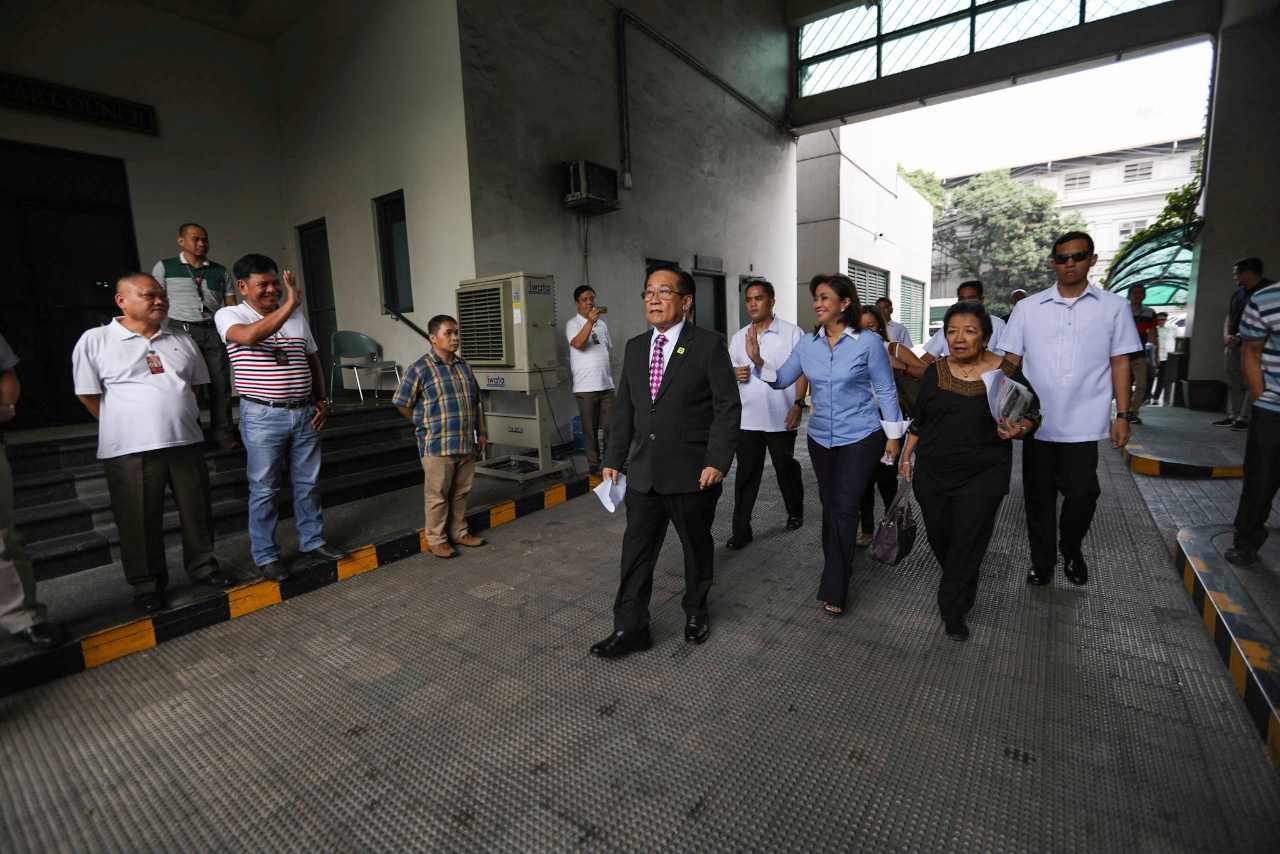 In a short statement to her supporters after she paid the fee, Robredo said her counter-protest against Marcos is not about her but about those who want to stop the return of the “old ways” – referring to abuses during the Marcos regime – in government.

(You know, this fight is not just about me; this is about all of us. This is about Filipinos who want to to put a stop to the old style of governance.)

Robredo also said the Marcos camp had belittled her capacity to raise the protest fee required by the Court, and had even urged the people to keep a close eye on the source of her funds.

The Vice President then compared the finances of her husband, who served as Naga City mayor for a total of 6 terms or 18 years, to the Marcoses who ruled the country for about 20 years. (READ: Recovering Marcos’ ill-gotten wealth. After 30 years, what?)

On April 26, the PET pushed Marcos’ protest forward by granting his request to hold a preliminary conference, scheduled for June 21. His camp believes this will set in motion hearings and a judicial review of ballots.

Marcos has already paid an initial P36 million for his protest, which he said came from donations of family and friends. He was required to pay a total of P66 million.

As Robredo paid the fee, her supporters gathered outside the SC in Padre Faura, Manila. They shared the picket line with Marcos supporters. – Rappler.com