Is someone lying? CA votes on Gina Lopez don’t add up 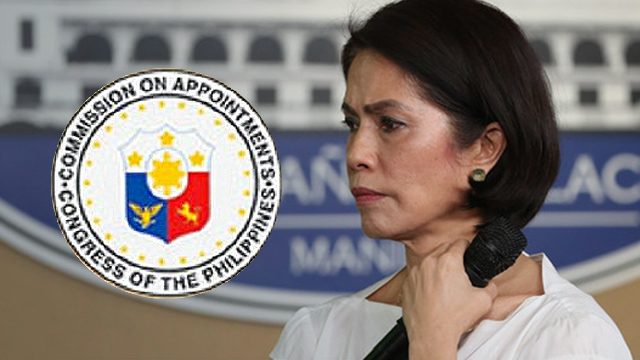 Facebook Twitter Copy URL
Copied
Due to the secret voting done by the Commission on Appointments, the public can only take the lawmakers' word whether they voted to confirm or reject the environment secretary

MANILA, Philippines – Someone is lying in the 25-member Commission on Appointments (CA), but with the new policy on secret voting, it is hard to determine who.

Numbers do not lie, however. When Rappler was trying to list down who voted to confirm and to reject Environment Secretary Gina Lopez’s appointment on Wednesday, May 3, the numbers and the votes that the members claimed they made did not match.

It was the second time the powerful CA rejected an appointee of President Rodrigo Duterte. But unlike the first one with Perfecto Yasay Jr, CA members voted through secret ballot and ended up divided on the fate of Lopez.

At least 3 high-level sources from the CA confirmed it was a vote of 16-8 against the anti-mining Lopez during the secret voting.

Senate President Aquilino Pimentel III did not participate because, as CA chairman, he can only vote in case of a tie.

During the CA plenary session on Wednesday, several senators took the opportunity to publicize their supposed “yes” vote for Lopez, arguably one of the more popular Cabinet secretaries.

CA environment committee chairperson Senator Manny Pacquiao expressed support for Lopez but, as chair, still ended up sponsoring the committee report rejecting her. Pacquiao, in a phone call with Rappler, said he voted for Lopez.

All in all these 8 senators voted for Lopez. Or so they said.

Ocampo did not attend the announcement of the results, saying she was feeling “dejected” and “unwell” from what transpired.

“Gina would have made everybody a champion for the environment. She had my vote from the start. She should have been given a chance,” Ocampo said in a text message to Rappler.

Earlier news reports excluded Ocampo from the list of 8 members who voted for Lopez, as they cited what senators said on the floor. But Ocampo said she was all out for Lopez.

“Someone texted me to say that [it was reported] that I did not vote for her and that I was inconsistent. I left before the plenary announced the results of votes. I went home dejected and just feeling unwell from it all,” she said.

Ocampo also said that before Wednesday’s hearing, there were 3 House members who were for Lopez. She, however, was unsure if this was the number until the very end.

Pacquiao, CA committee chair, maintained he voted in favor of Lopez despite sponsoring the report rejecting her.

“I voted for her,” Pacquiao said in a phone call.

He refused to divulge the others who voted for Lopez, as there was a promise within the CA not to do so.

CA vice chairman and San Juan Representative Ronaldo Zamora is so far the only member to admit opposing Lopez’s confirmation. His older brother, Manuel Zamora, is the founder and chairman of Nickel Asia Corporation. (READ: Lopez to CA member: Tell your brother he killed a mountain)

A CA member who requested anonymity said: “Someone is clearly lying.”

Despite its crucial role as the vetting body of appointed officials, the CA recently amended its rules to allow secret voting. This works as a congressional executive session, where meetings and individual votes are not recorded or are kept hidden from the public.

With Wednesday’s secret voting, CA members wrote their votes on separate sheets of paper, with no name or identification. In the end, the CA secretariat only had the record of the final tally, 16-8. It is all up to the individual members to divulge their decisions. The accuracy and truthfulness of these are another story.

Some members, in the process, showed their votes to their colleagues, allowing others to take mental notes of who voted for and against. But there is no official document to confirm this.

“No records in secretariat. Official record is in plenary [or] those who manifested their vote,” Recto said in a text message.

“No one knows, except for the results,” said CA majority leader and Isabela Representative Rodito Albano.

CA members defended the new rule, saying it is a way to “shield” members from external pressures.

“That rule was made to make sure that members will be shielded from external pressure and vote purely according to his conscience,” one CA member, who refused to be identified, told Rappler.

In the case of Lopez, who has garnered significant support from the public, individual CA members would be guarded mostly from criticism or backlash, if any.

But it will also free them from the requirements of accountability, transparency, and verification. (READ: To fix or to scrap the confirmation system?) – Rappler.com