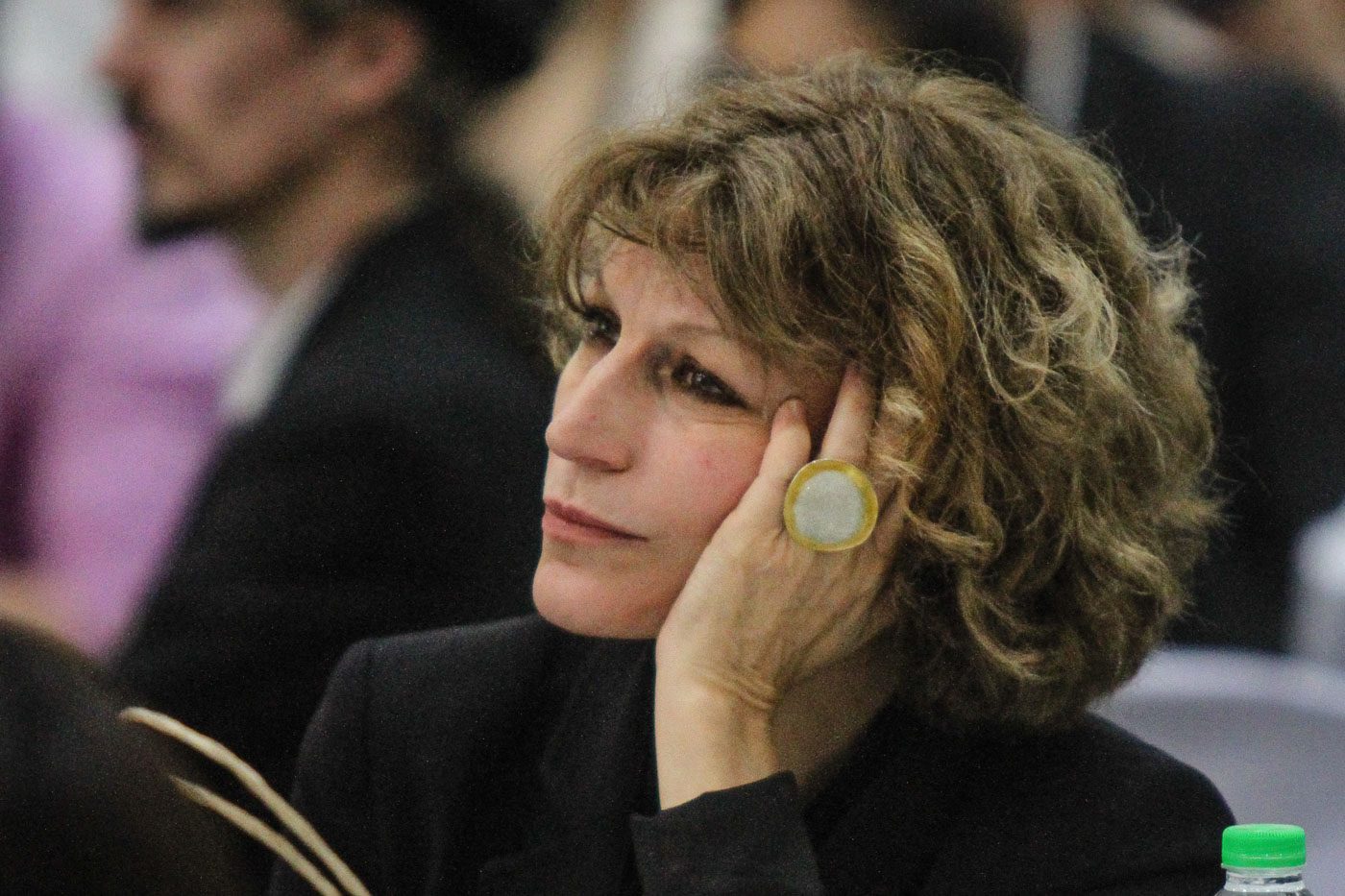 MANILA, Philippines (UPDATED) – For Malacañang, United Nations Special Rapporteur Agnes Callamard’s supposed failure to notify the Philippine government of her visit means she will not be objective in her investigation of summary killings.

“We are disappointed that, in not contacting our government in advance of this visit, she has sent a clear signal that she is not interested in getting an objective perspective on the issues that are the focus of her responsibility,” said Presidential Spokesman Ernesto Abella in a statement.

The unusually long statement, sent on Friday, May 5, was sent a day after Callamard attended the 30th anniversary event of the Commission on Human Rights (CHR) in Diliman, Quezon City.

The Palace seems to think Callamard is in the Philippines to conduct an investigation into the extrajudicial killings being linked to the Duterte administration’s drug war.

Government took it as an affront that, after sending a formal invitation (which came with Duterte’s conditions) for Callamard to conduct her probe, she chose to “circumvent” UN protocol by flying to the Philippines unannounced.

“Our hope at that time was that Dr Callamard would accept this invitation as part of a commitment to carry out her new responsibilities in a manner that was objective and fair to all perspectives on this important issue,” said Abella.

He also found the timing of Callamard’s visit suspect since it happened “at the very time our government has a senior-level delegation travelling to Geneva to meet with officials of the Office of the United Nations High Commission for Human Rights.”

The circumstances of her visit, said Abella, “have made it clear that Dr Callamard is not approaching her assignment professionally or objectively.”

Malacañang has asked Filipino UN representatives and the Philippine delegation in Geneva to bring up her visit with UN officials.

“This is a matter we have asked our representatives at the United Nations to take up with their United Nations counterparts and it is certainly something our delegation in Geneva will certainly be raising during their current visit,” said Abella.

CHR Chairperson Chito Gascon, however, clarified to reporters that Callamard is not in the country to conduct an investigation. She is here for an “academic visit,” a type of visit allowed by the UN.

“She is here not in her official function as special rapporteur on extrajudicial killings to conduct a visit,” he explained on Thursday.

“She’s here under a separate program of the United Nations for what is referred to as an academic visit,” he added.

Callamard is attending a two-day conference on drug policy and extrajudicial killings upon the invitation of the Free Legal Assistance Group (FLAG).

An “academic visit” is one way UN special rapporteurs can come to a country “when a state is unable to or unwilling to send an official invitation,” said Gascon.

Malacañang had sent an invitation to Callamard last September 2016 but it came with conditions which she could not accept.

These conditions, imposed by Duterte, included a public debate in which she would have to answer his questions under oath.

Callamard rejected this condition saying her investigation will include sensitive information, interactions with alleged victims and perpetrators of extrajudicial killings, which should not be publicly debated in keeping with due process and to safeguard the victims and their families.

She proposed, instead, a “press conference” with the President where she can present preliminary findings and where he can make public his initial reactions. – Rappler.com