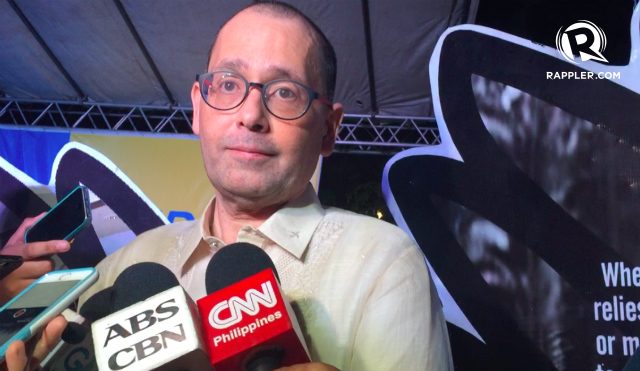 Facebook Twitter Copy URL
Copied
At least 1,847 homicides have been determined to be 'drug-related.' Another 9,000 more cases are still being investigated.

MANILA, Philippines – A “failure” to protect its citizens was how Commission on Human Rights (CHR) chairperson Chito Gascon described the thousands of deaths that policemen have been tallying since the beginning of the war on drugs.

Speaking during a drug policy forum on Friday, May 5, Gascon noted that killings “not accepted” by the police as perpetrated by them represent a “breach of promise to guarantee peace and security to Filipinos.”

Gascon was the last speaker in a 2-day conference on drug policies organized by several non-governmental organizations at the University of the Philippines in Diliman, Quezon City.

Since the war on drugs was launched in July 2016, police have allied 2,717 deaths attributed to anti-illegal drugs operations. Another 1,847 “homicide cases under investigation,” meanwhile, have been found to be “drug-related.”

Another 9,432 deaths are still being investigated by the police.

The Philippine government had repeatedly said they would ensure that all cases be investigated – including deaths attributed to police operations.

Gascon also questioned the police’s defense that most, if not all, drug suspects who were killed “fought back” (nanlaban in Filipino).

“The self-defense argument constitutes an admission of the killing and therefore imposes on the police officer the burden of providing the proof in a court of law,” added Gascon, noting that “not a single police officer has yet to be held to account” for these deaths.

Several cops have since been charged with murder over deaths they claimed to have been caused by legitimate police operations. There are the cases of the Pasay cops who killed a father and son inside jail; the Leyte police who killed Albuera mayor Rolando Espinosa; and two Oriental Mindoro cops who were arrested for allegedly gunning down a local watchdog.

Several independent investigations have been released to the public, accusing policemen of either being behind extrajudicial killings or hiring gunmen to do it on their behalf. The police have denied these allegations.

“If killings are work of state agents through death squads or public officers in disguise wearing masks then these are indicative of a practice that is abhorrent to the rule of law and to respect for human rights,” added Gascon.

The CHR chair, responding to a question from the audience, clarified that “Mr. Duterte did not create a culture of impunity.”

“It’s been there before. He, in fact, benefitted from impunity,” added Gascon, referring to Duterte’s tough-guy image as Davao City mayor. Duterte was investigated by the CHR – then under jailed senator Leila de Lima – but was never charged for the deaths blamed on the so-called Davao Death Squad. – Rappler.com