Chinese are welcome despite objectionable passports

Nov 28, 2012 3:53 PM PHT
Rappler.com
Facebook Twitter Copy URL
Copied
Malacañang says the Chinese are welcome to the Philippines even if they carry passports with a map that includes the disputed West Philippine Sea 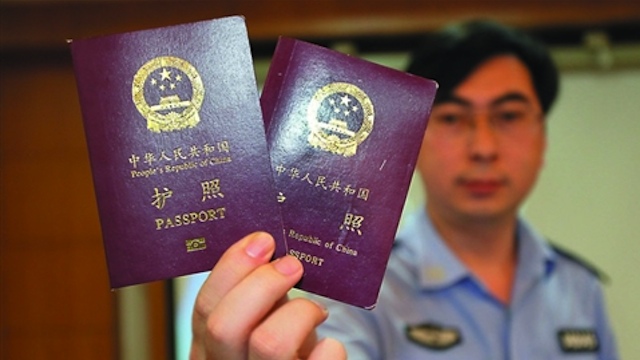 Malacañang on Wednesday, November 28, gave assurances that the Chinese, particularly the tourists, are welcome to the Philippines even if they carry a passport with a map that includes the disputed South China Sea (West Philippine Sea).

Presidential Spokesman Edwin Lacierda said the government would also not speculate on reports that the United States would raise concerns with Beijing over a map printed in new Chinese passports that was causing “tension and anxiety” among claimant states in the disputed West Philippine Sea.

“We’ve asked (Foreign Affairs) Assistant Secretary Raul Hernandez, and he said in the meantime they would recognize it. Of course, the people will come in, it’s not the citizens’ fault if their passport bears that kind of map so they will be respected by our immigration officials,” Lacierda said.

Lacierda said however that the government “welcomes” the US move to “discuss this with China.” The Department of Foreign Affairs, on the other hand, has created an interagency task force to look into the issue.

The Philippines and Vietnam have objected that the map shows disputed maritime regions as belonging to China.

Lacierda said that accepting Chinese passports would not weaken the country’s claim because the Philippine position had been amplified by President Aquino in the Association of Southeast Asian Nation and various fora.

“I think the note verbale was very clear. The note verbale issued by the DFA is our clearest statement on the issue on the China passport,” Lacierda said.

“All prospective actions or decision will be made by the Department of Foreign Affairs. We have no information as to what course of action they will take insofar as the China passport issue is concerned,” Lacierda said.

Vietnam refused to honor the Chinese passports and required other travel documents while India also complained over the map’s depiction of its northern border with China and retaliated by issuing Chinese citizens visas embossed with New Delhi’s own maps.

Taiwan has also condemned the map, which is printed on the inside pages of the passport. Taiwan is self-governing but Beijing claims it as part of China.

The map shows an outline of China and includes Taiwan and the sea, hemmed in by dashes. Chinese official maps have long shown the same, but this is viewed as particularly provocative since it requires other nations to stamp it. – Rappler.com