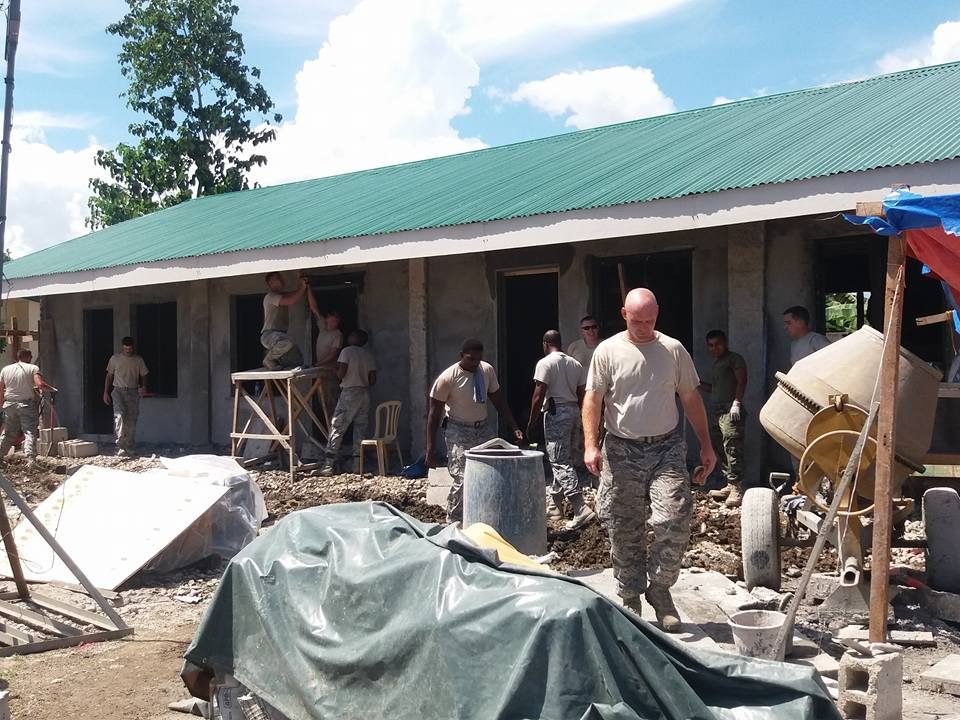 LEYTE, Philippines – Residents of two remote villages in Ormoc City welcomed the construction of school buildings under the 2017 Balikatan exercises ahead of the new school year, saying they brought “hope” to the poor communities.

Barangay Margen and Barangay Don Carlos Revilla have become the latest recipients of new classrooms built under the humanitarian program of the annual PH-US military exercises which kicked off on Monday, May 8.

The barangays have a shortage of classrooms – a challenge that both students and teachers deal with every day.

The construction of the school buildings is the fulfillment of a promise made by US forces through the Balikatan Humanitarian Program that by this year, they will gift the children of this city with new classrooms.

“It gives us hope for our children’s future,” Barangay Margen chairperson Editha Mantos said in Bisaya.

Ormoc City Mayor Richard Gomez told Rappler in an interview that Balikatan forces are transforming the lives of poor children of the two villages.

“Every child deserves  to have healthy, happy, and productive lives – no matter who they are or where they are born,” Gomez said. “It’s inspiring that the Balikatan forces are with us now.  There are no words to express enough gratitude to the US Armed Forces and the Philippine Army and to every single one out there who has made this possible,” the mayor added.

US Navy Lieutenant Patrick Baker encouraged the community also to use the school buildings.

“Our goal is not just building schools to give enough classrooms and comfort to students, but rather bringing health and life to the community of Margen and Don Carlos Revilla as well,” Baker said.

“We hope this schools we built will help the community recover and heal the wounds from that tragic experience they had with Typhoon Yolanda,” he added.

Ormoc City was among the areas hit hard by Super Typhoon Yolanda (Haiyan) that barreled through Eastern Visayas in 2013.

In the first Balikatan under the Duterte administration, the two militaries will share techniques and tactics on humanitarian assistance and disaster response (HADR) and fighting terrorism. – Rappler.com