Malacañang announced Uson’s appointment on Tuesday, May 9, and released a copy of a letter addressed to Uson, dated Monday, May 8. 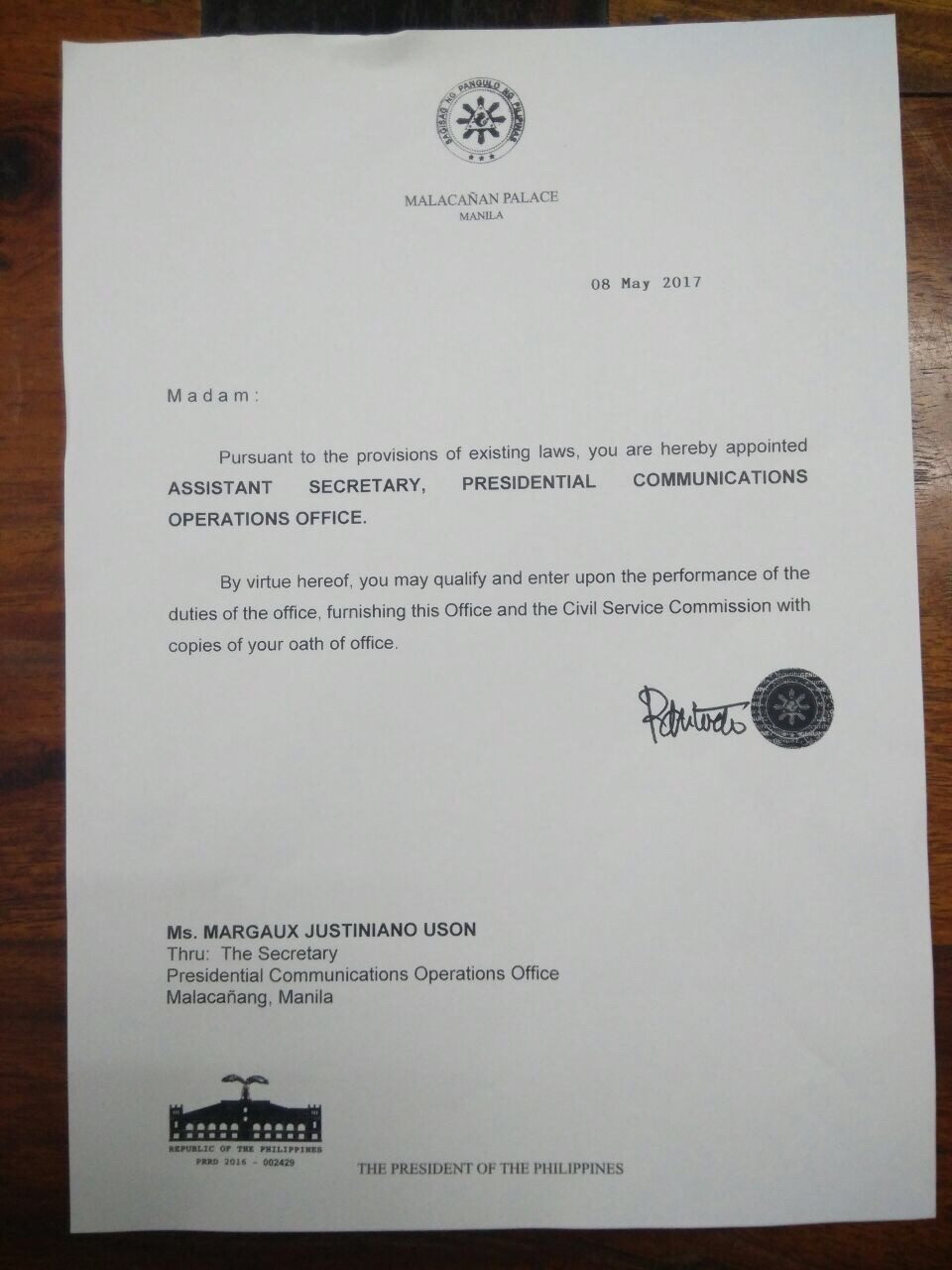 Malacañang has yet to give details of Uson’s tasks under the PCOO, the office responsible for handling media affairs, among others.

Uson has criticized journalists by calling them “presstitutes,” or journalists paid to write biased and inaccurate news.

Last January, Uson had been appointed board member of the Movie and Television Review and Classification Board (MTRCB). At the time, Communications Secretary Martin Andanar cited Uson’s influence as a “blogger” and experience as an artist, when he was asked about her qualifications.

Uson’s term as MTRCB board member will expire on September 30, 2017. (READ: Board member Mocha Uson? Netizens weigh in)

Senate President Aquilino Pimentel III previously said Uson represents the “college-educated with liberal views” in the MTRCB board, while Senate Majority Leader Vicente Sotto III said she “abounds with common sense and has a good pulse of the public.”

Uson was part of Duterte’s official delegation to the Middle East last April, as a blogger with a “large following among the overseas Filipino communities” who would “help boost morale and well-being.”

Uson became popular for leading the Mocha Girls, an all-female group of dancers who appeared during Duterte’s sorties in the 2016 presidential elections. Her blog, Mocha Uson Blog, also became known for its fierce support for Duterte even after the polls.