May 9, 2017 10:30 PM PHT
Patty Pasion
Facebook Twitter Copy URL
Copied
A study by the Economic and Social Commission for Asia and the Pacific notes that enhanced social protection is among the mechanisms to implement inclusive growth 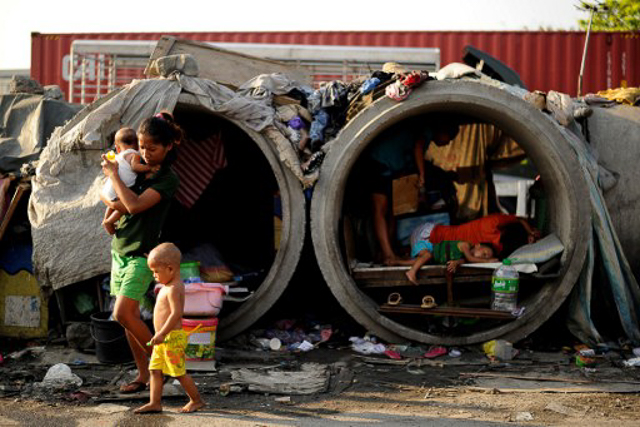 MANILA, Philippines – The Asia Pacific region fell behind other areas in the world in improving social protection financing and coverage – a key measure for reducing poverty incidence and minimizing inequality in the region.

A survey by the United Nations Economic and Social Commission for Asia and the Pacific (UNESCAP) launched Monday, May 8, showed that social protection spending improved from 3.5% in 2000 to 5.3% in 2011 (latest available figure). It is, however, still lower than the global average of 8.6%

The Economic and Social Survey of Asia and the Pacific 2017 noted that while there are increases in spending, it is mostly for providing insurance rather than providing assistance. Assistance is more crucial for the region that continues to grapple with the lack of decent jobs.

Vulnerable employment rate in the region has persistently been high in Asia Pacific at 50%, the study said. Countries with the highest vulnerability rates are those in North and Central Asia with an average rate of 38.44%.

The Philippines’ vulnerable employment rate is also close to the regional average at 37.6%.

Expanding coverage for social protection is among the schemes that could distribute economic growth and limit inequality.

“In the survey for 2017, it is shown that countries with higher social protection spending tend to have a lower incidence of poverty,” the study said.

“Social protection could also improve the functioning of labor markets, by facilitating skills development and employment, which is especially important in economies that are undergoing rapid structural changes,” the study added.

In the Philippines, spending for social services covers the largest portion of the 2017 budget at 40.14%. This is slightly higher than the 37.3% allocation in 2016.

More budget for social services is aligned with the National Economic Development Authority’s (NEDA) long-term development plan Ambisyon 2040, which is anchored on enhancing social services and reducing inequality, along with increasing potential growth.

The country, however, still lacks in the provision of universal social pension and universal health care. A significant portion of the labor force is engaged in the informal sector – those working odd jobs at low wages and with no social protection.

The study showed that some neighboring countries of the Philippines have had successful models of improving social protection programs. (READ: Pension for all seniors to lift 3 million out of poverty – study)

Thailand has a universal health care system that provides citizens access to health services from both public and private service providers designated in each district.

The informal sector in Lao People’s Democratic Republic has health care and maternity benefits through their access to the National Social Security Fund.

The Philippines has a similar program – the Social Security System’s AlkanSSSya program. This allows low-income earners to pay the minimum P300 monthly contribution by saving P11 per day. But it still needs to improve collection among members for them to enjoy the benefits they are entitled to.

Despite these strides, the study said that the coverage of social protection in the region is still relatively low and needs to be expanded.

“As with public goods in general, social protection is a matter of political choice,” the study said.

It emphasized that the government should explore “innovative ways of enhancing social protection” such as through budget reallocation and boosting revenue and enhancing efficiency of expenditure. – Rappler.com