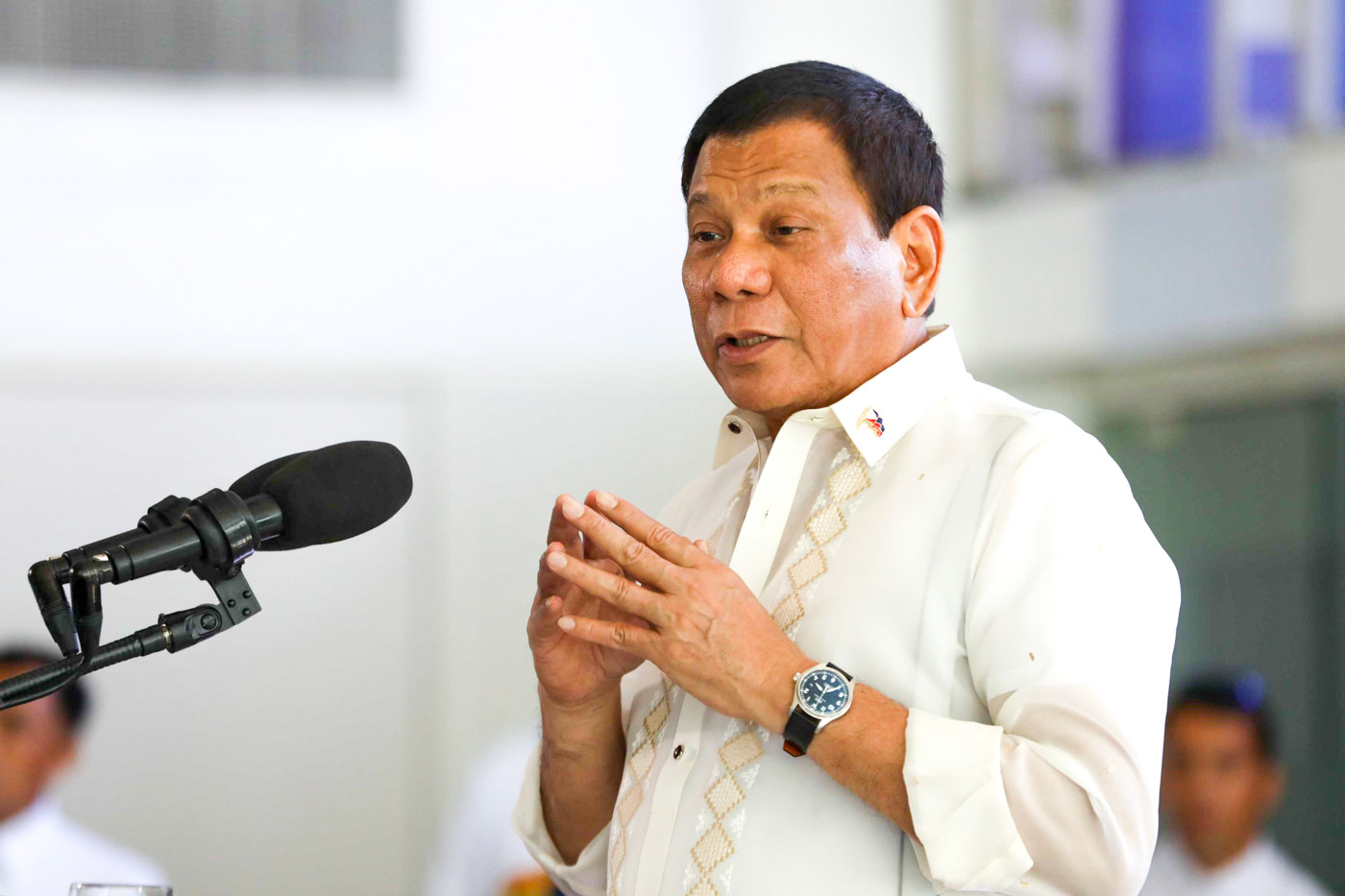 MANILA, Philippines – President Rodrigo Duterte on Wednesday, May 10, defended celebrity dancer and blogger Mocha Uson from criticism over her appointment as Palace communications assistant secretary, saying she “deserved the honor.”

At a pre-departure news briefing at the Ninoy Aquino International Airport Terminal 2, Duterte said Uson’s appointment was solely his idea – payment of a “debt of gratitude” for supporting his presidential bid.

“Utang na loob ko ‘yan sa kanila (I’m paying a debt of gratitude to them) because they offered their services free at the time wala akong pera (I had no money) because they believed in me. Now, it’s my time to believe in them,” he said.

“You can listen to her, you can debate with her, tingnan mo ang (look at) Facebook and she can have a very structured mind. So what’s the problem? Every Filipino should deserve a chance or whatever,” Duterte added.

The President was apparently referring to Uson’s blog, which has a large following. The rabid Duterte supporter has been accused of spreading false and misleading news through her blog, which she denies.

One of her often shared memes is “presstitutes” – a wordplay of press + prostitute, alleging corruption against the Philippines’ top news groups ABS-CBN, GMA-7, the Philippine Daily Inquirer, and Rappler. (READ: How Facebook algorithms impact democracy)

For Duterte, Uson is simply qualified for the position. “There’s nothing wrong with the woman or the girl. She’s bright; she’s articulate,” he said. (READ: ‘Let that sink in’: Filipinos react to Mocha Uson appointment)

On Uson’s profession as a sexy dancer, the President said: “If it’s just a matter of dancing; she was not dancing naked. She was with me during the campaign. A little bit sexier than the others. But that does not prevent anybody to deprive her of the honors she deserves.”

“‘Yang pagsasayaw niya, hanapbuhay ‘yan (Dancing is her profession). There’s no law which says if you expose half of  your body with shorts and a bra, you are disqualified from being the president of the Philippines,” he added.

Uson was first appointed as a member of the Movie and Television Review and Classification Board, but she vacated the post following her latest appointment. Her position – Presidential Communications Operations Office (PCOO) assistant secretary for social media – was created especially for her.

Assistant secretaries, according to the Department of Budget and Management, have a salary grade of SG 29 or a monthly basic gross salary of P106,454. (READ: How much will Mocha Uson earn at the PCOO?) – Rappler.com