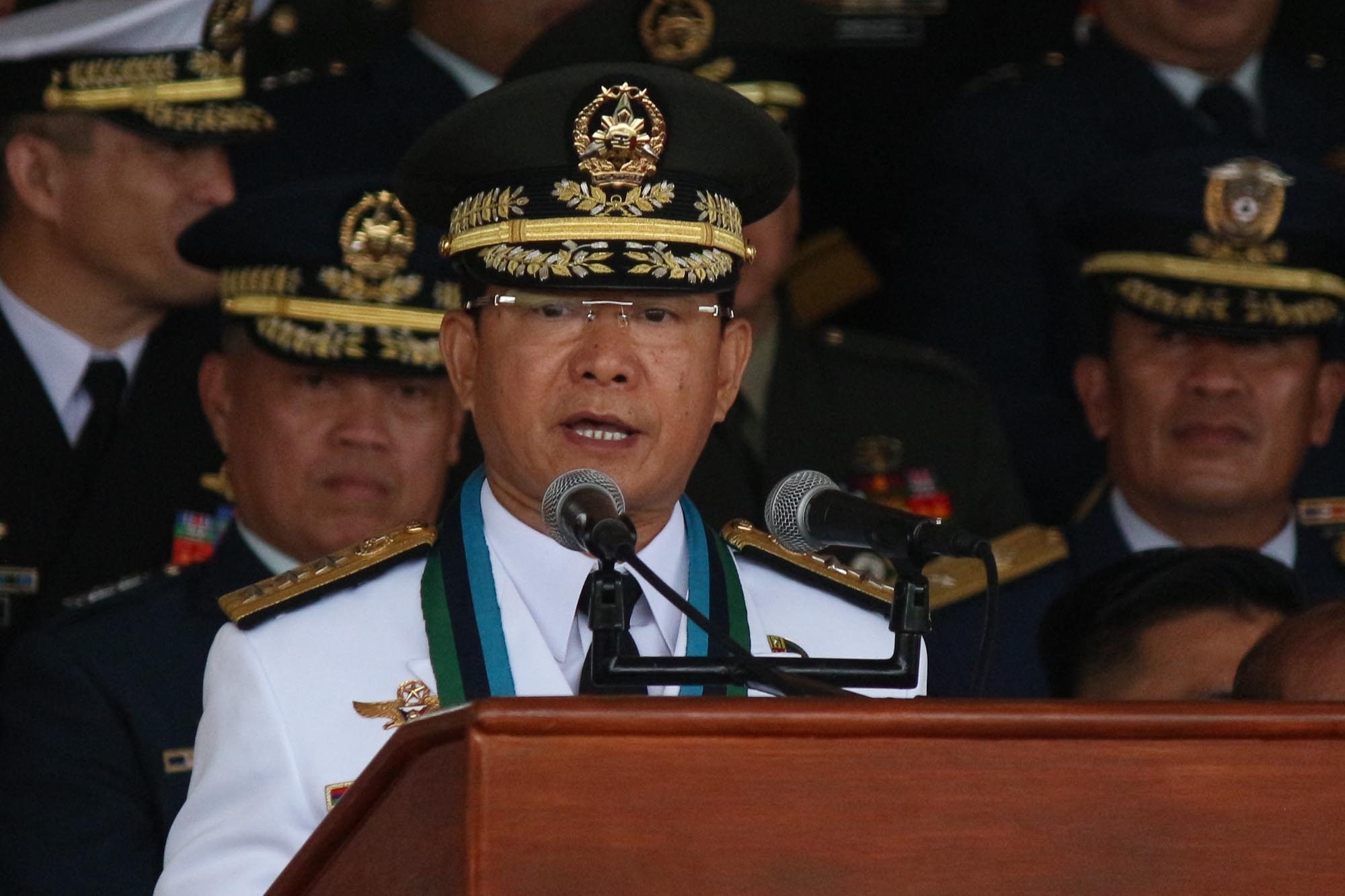 Facebook Twitter Copy URL
Copied
The military general will oversee Yolanda recovery efforts, the community-based war on drugs, and the campaign for federalism among local governments

MANILA, Philippines – With problems and projects handed down to him by his predecessors at the Department of the Interior and Local Government (DILG), General Eduardo Año, to a certain extent, will perform an encore of his tenure at the Armed Forces of the Philippines (AFP).

Not far from his military experience, Año will soon be the country’s new point-person for “peace and order” by coordinating with local governments on this front. Like the AFP which has regional commands, the DILG has offices across the country, as well as attached agencies that Año can use to monitor and respond to regional affairs.

Here are the most notable challenges he will face as DILG chief. 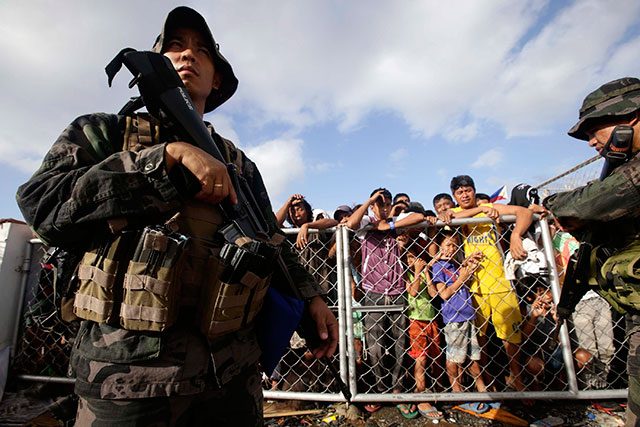 A decorated soldier, Año will once again deal with disaster response and relief, only this time, he is more likely to do so in his office than on the ground.

After Super Typhoon Yolanda (Haiyan) struck the country in 2013, the Philippine government was widely criticized for the slow response and recovery work in affected communities. The DILG, represented then by interior secretry Manuel Roxas II, was at the center of the efforts.

As large donations from the international community flowed into the country, condemnation and allegations followed. In 2014, the Commission on Audit said that the funds did not reach the victims, as they were either used for government operations or were kept in banks.

By 2016, or 3 years after the Yolanda practically wiped out parts of Leyte, only 2% of the target number of houses for displaced residents had been built.

In total, the DILG was allotted more than P5.2 billion for recovery and assistance.

Año will assume a central role in coordinating with local governments to ensure that the spending of other departments corresponds to the needs on the ground.

COA had also observed that local governments tend to underspend their calamity funds, a problem that Año must address during his watch.

2. Commanding the war on drugs Since the Philippine National Police is under the DILG, Año will also be a commanding officer in the Duterte administration’s campaign against illegal drugs. Ismael Sueno, Año’s predecessor, went as far as pushing for the postponement of the October 2017 barangay elections, subscribing to President Rodrigo Duterte’s belief that drug lords would try to influence the village polls to frustrate the government’s anti-drugs campaign.

Criticism and allegations will also welcome Año in this role, as various foreign governments, international institutions, and human rights groups have condemned the Philippines’ “violent” approach to the drug war, with more than 7,000 deaths linked to it since July 2016.

Año will also head other fronts in the drug war, including awareness, prevention, and rehabilitation projects of local government units.

In addition, the DILG has Masa Masid, a volunteer-based project which aims to unite local community organizations in fighting “corruption, illegal drugs, and criminality.”

The project was supposed to be implemented earlier in 2017, but was suspended after the Drug Abuse Warning Incorporated, a partner organization, allegedly collected a “significant amount of money” from barangays for drug monitoring technology that was agreed to be given for free.

Masa Masid is expected to be fully implemented under Año’s term. 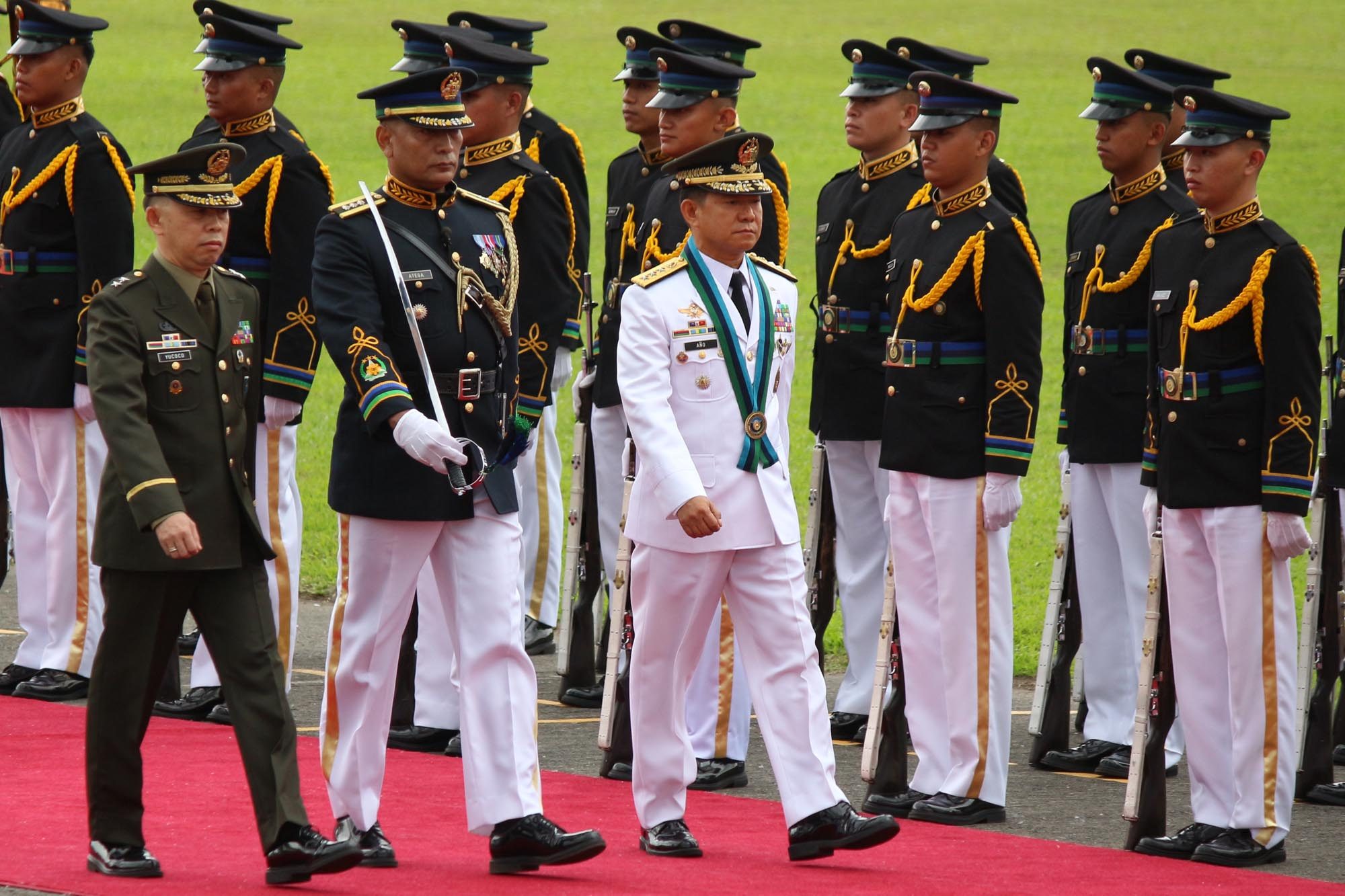 As the President’s bridge to local governments, Año will also be tasked to continue the nationwide campaign for federalism, which Duterte promised to put in place within his term.

For Duterte, federalism will bring “lasting peace” to by solving intra-provincial inequality and the conflict in Mindanao.

The House of Representatives is expected to be more receptive to federalism than the Senate, where the administration measure is likelt to face an uphill battle.

Undersecretary Emily Padilla heads the DILG Task Team on Federalism. It has partnered with the People’s National Movement for Federalism (PENAMFED)-Ministry of Rural Rehabilitation and Development (MRRD) in holding federalism orientations in the provinces.

In May, the DILG designated Assistant Secretary for Plans and Programs Epimaco Densing III as the “overseer of federalism.” Densing was tapped to push federalism forward through the Local Government Academy.

In March, the DILG used the mandatory barangay assemblies to mobilize thousands of barangays for the federalism campaign. This is expected to be repeated in the October assemblies, or when Año steps down from the AFP to manage the DILG  full-time. – Rappler.com