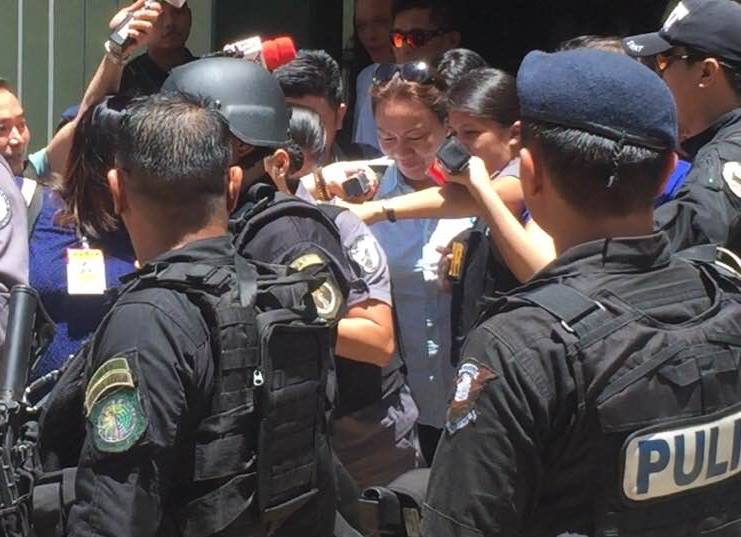 MANILA, Philippines – Prosecutors from the Office of the Ombudsman on Friday, May 12, urged the anti-graft court Sandiganbayan to reiterate or issue a new commitment order to transfer alleged pork barrel scam mastermind Janet Lim-Napoles to Camp Bagong Diwa in Taguig.

The prosecutors made the appeal at a court hearing on Friday, where Napoles’ lawyers pushed for her transfer to the National Bureau of Investigation (NBI) custodial center.

In July 2014, the Sandiganbayan issued a commitment order for Napoles to be detained at the Bureau of Jail Management and Penology’s Camp Bagong Diwa in Taguig. She was later moved to the women’s correctional in Mandaluyong, after a  Makati court convicted her of serious illegal detention.

After she was acquitted of serious illegal detention, the commitment order at the women’s correctional is no longer in effect. This prompted the Ombudsman prosecutors to ask the court to reiterate the Camp Bagong Diwa commitment order, or “if necessary, a new commitment order be issued” to avoid confusion.

Napoles, however, wants to be transferred to the NBI custodial center. (READ: After CA acquittal: What’s next for Napoles?)

Napoles’ lawyers submitted their formal motion before the court, citing “everyday threats” as justification for her transfer to the more secure NBI facilities.

“Due to the significant circumstances affecting their cases, accused was now bombarded with almost everyday threats to the point that her personal belongings were ransacked. Accused is now receiving written threats from unknown individuals,” they said in their motion.

“Not only that her cases are considered as high profile due to involvement of high ranking public officials, the threats against the accused became serious and strong when the news circulated that she may be used as a government/state witness against some high ranking government officials regarding the priority development assistance fund (PDAF) scam and that the present administration intends to revisit her cases,” they added.

Napoles’ lawyer, Stephen David has also written Justice Secretary Vitaliano Aguirre II about this request to transfer. Aguirre responded by asking the NBI officials, who are under him, to check whether their facilities could still accommodate Napoles.

Aguirre is eyeing Napoles as a possible state witness in the Department of Justice’s reinvestigation of the PDAF scam. (READ: Aguirre targets Abad in pork scam reinvestigation)

In the end, however, it will be the Sandiganbayan who will decide whether or not Napoles would be transferred, and if so, which jail she would be moved to. (READ: FACT CHECK: What can Aguirre’s DOJ do in the Napoles case?)

The prosecution was given 10 days to comment on Napoles’ motion.

In 2015, after the Makati City Regional Trial Court convicted her of serious illegal detention in the case involving her nephew, pork scam whistleblower Benhur Luy, Napoles asked the Sandiganbayan to let her stay at Camp Bagong Diwa, instead of the women’s correctional in Mandaluyong. – Rappler.com