IN PHOTOS: Honeylet and Kitty in Phnom Penh MANILA, Philippines – While President Rodrigo Duterte joined panelists at the World Economic Forum on the Association of Southeast Asian Nations (ASEAN) in Phnom Penh, Cambodia, the host government gave his partner, Honeylet Avanceña, and their daughter Veronica a tour of the city.

The mother and daughter, on their first overseas trip with Duterte since he was elected Philippine chief, were brought to the Kantha Bopha IV Children’s Hospital where they toured the facilities and interacted with patients on Thursday, May 11. 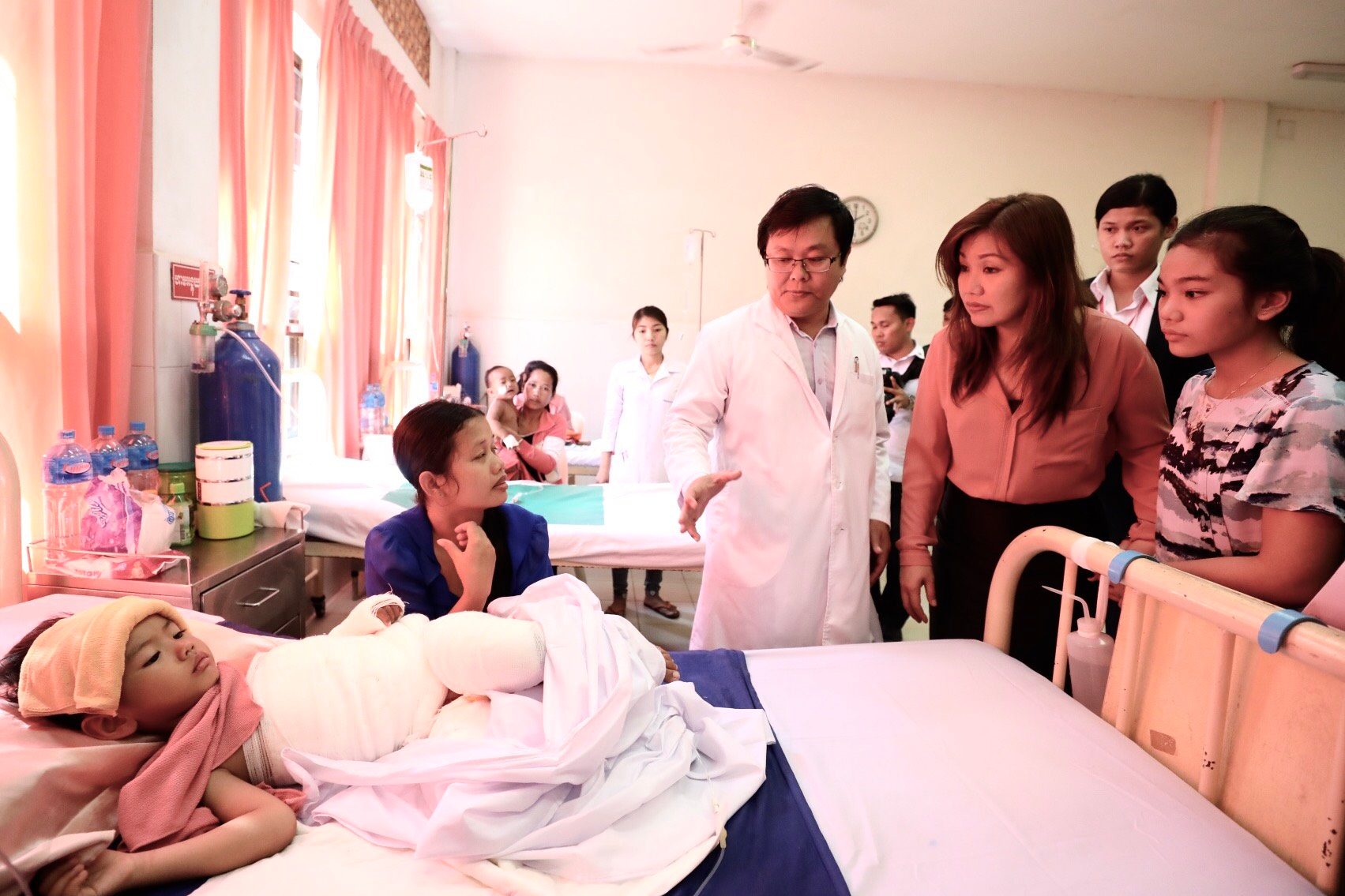 They were also brought to other attractions in Phnom Penh such as the National Museum, the Royal Palace, the Silver Pagoda, and the Central Market, Malacañang said in a press statement on Friday, May 12. The tour is typical of activities organized by a host government for family members of a visiting leader.

Avanceña has taken on the role of Philippine First Lady on several occasions. During the ASEAN Summit and Related Meetings in Manila in April, she hosted the ASEAN leaders’ spouses during their stay, and  accompanied Duterte at the ASEAN gala. – Rappler.com