Should Recto & Marcos inhibit from the bicam on sin tax bill? 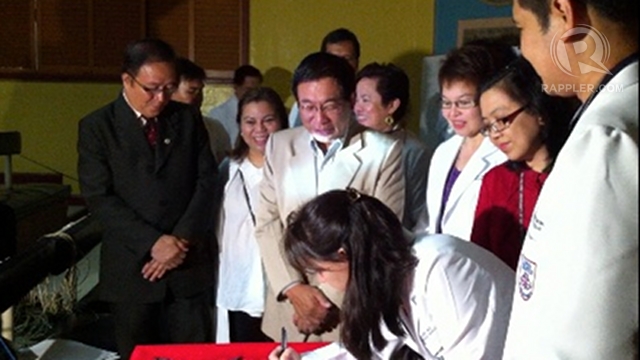 Senators Ralph Recto and Ferdinand Marcos Jr will sit on the bicameral conference committee on the sin tax bill despite calls from sin tax bill advocates for them to inhibit. Health secretary Enrique Ona and 35 medical organizations sign a manifesto earlier urged the two senators to inhibit from the meetings. The groups say the two senators “compromised the welfare of the Filipino people.” UP College of Medicine Dr. Antonio Dans refers to newspaper articles that claim senator Ralph Recto may have had secret meetings with the tobacco industry. He says their group actually have video footage of Senator Bongbong Marcos talking with lawyers of Philip Morris during his interpolation of the sin tax bill at the senate floor.

Recto says advocates of the sin tax reform bill have nothing to fear.