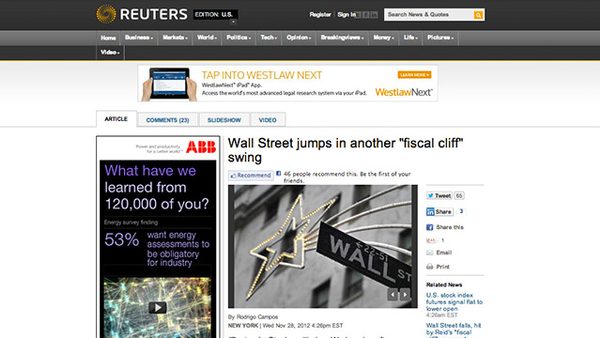 Moving to avert the fiscal cliff, US President Obama goes on a public relations campaign among lawmakers and the American public.  When House of Representatives Speaker John Boehner says it’s possible to avert the crisis, it gives the stock market a lift – reversing earlier negative sentiment.  It’s an example of the mood swings the markets and the public are vulnerable to as the US government works to beat the clock on the January deadline.

Read more on Reuters and for context on the Washington Post.