AURORA, Philippines – Philippine and US troops are in Casiguran, Aurora on Monday, May 15, for the continuation of the Balikatan exercises.

The Americans flew in assets for joint drills with their Filipino counterparts. Rappler has so far spotted Osprey and Black Hawk choppers as both sides prepare for joint drills that will simulate how they will respond if another super typhoon hits the Philippines.

The Osprey is called a superhelicopter because it flies like an airplane but hovers like a chopper, meaning it can carry cargo but does not need a runway to land. The Black Hawk, meanwhile, is the US Army’s tactical transport helicopter.

Monday’s exercises are anticipated to be the biggest activity in this year’s iteration of Balikatan, an annual activity launched by the treaty allies in the ’80s.

.@rapplerdotcom This time, Osprey lands on the same port. US medical personnel on board pic.twitter.com/86SLQX7icX

The Philippine military also brought in BRP Tarlac, the biggest ship in its current inventory. The 123-meter-long brand new amphibious landing dock can serve as an operations center at sea. 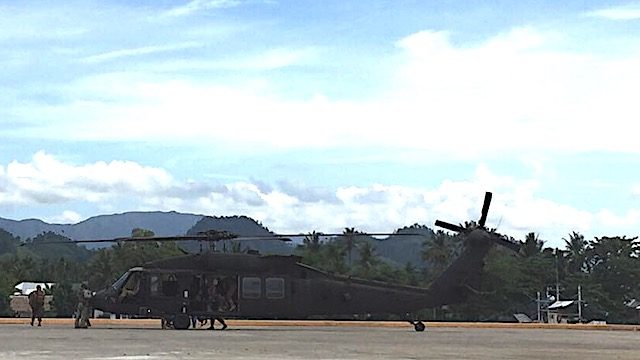