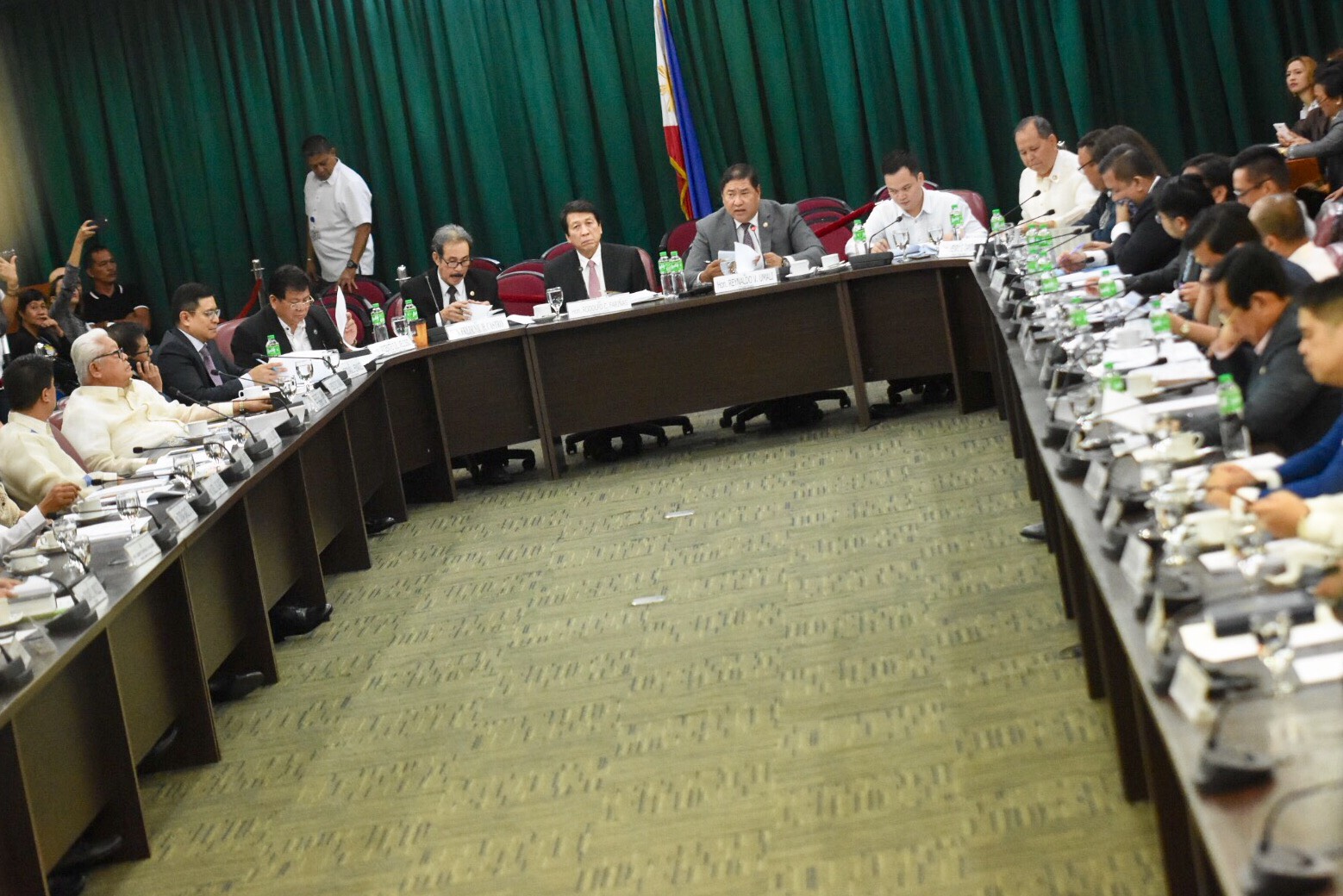 The committee members said during the hearing on Monday, May 15, that the impeachment complaint filed by opposition lawmaker and Magdalo Representative Gary Alejano was sufficient in form but insufficient in substance.

Out of the 50 members of the House justice committee, 42 were present during Monday’s hearing. The voting was as follows:

This, in effect, means the first impeachment complaint filed against the President has been dismissed by the committee. (READ: FAST FACTS: How does impeachment work?)

Alejano wants Duterte impeached for his alleged involvement in the Davao Death Squad, the ongoing bloody war against drugs, Duterte’s supposed unexplained wealth, the “ghost” employees hired by the Davao City government when he was mayor, and the President’s approach to the sea row with China over the West Philippine Sea (South China Sea) and Benham Rise.

But during the hearing, Majority Leader Rodolfo Fariñas grilled Alejano in a long interpellation about the complainant’s personal knowledge of the accusations he made against the President.

The Majority Leader based his questioning on Alejano’s verification of the impeachment complaint, which reads: “I/We hereby confirm and affirm that the material allegations made therein are true and correct of my/our own personal knowledge and as culled from authentic records.”

Alejano conceded he did not personally see the murders mentioned in the complaint and he does not have personal information on Duterte’s financial transactions. But he argued that he based his accusations against Duterte on authentic records.

Alejano also rejected Fariñas’ argument that he is merely riding on the propaganda that extrajudicial killings are being done in the name of Duterte’s drug war.

(So if the news of killings right now are just propaganda, does that mean it isn’t a serious matter that thousands of Filipinos have already died? So if they think this issue is not important, then we deserve the kind of policies and the President that we have right now.)

“So sino ang tatayo sa mga mahihirap na biktima na hindi kayang depensahan ang sarili [nila]? it should be the Congress, the representative of the people,” he added.

(So who would stand up for the rights of the poor victims who are unable to defend themselves? It should be the Congress, the representative of the people.)

Duterte enjoys a strong legislative shield in the House, where he counts at least 267 out of 293 lawmakers as his allies.

A total of 121 lawmakers are also members of the President’s party, the Partido Demokratiko Pilipino-Lakas ng Bayan (PDP-Laban).

“The House has declared the impeachment complaint filed by Congressman Gary Alejano against PRRD as insufficient in substance; we maintained that it was from rehashed, trumped-up charges aimed at undermining the duly constituted government,” said Abella.

He also reiterated Malacañang did not interfere in the impeachment proceedings.

“The President respects a co-equal branch of government and does not interfere in the political exercise. Neither is he beholden to any group and he remains focused on governance,” said Abella.

He then said Duterte is currently in China to “bring more foreign investments in his effort to bring comfortable lives to all Filipinos.” – Rappler.com