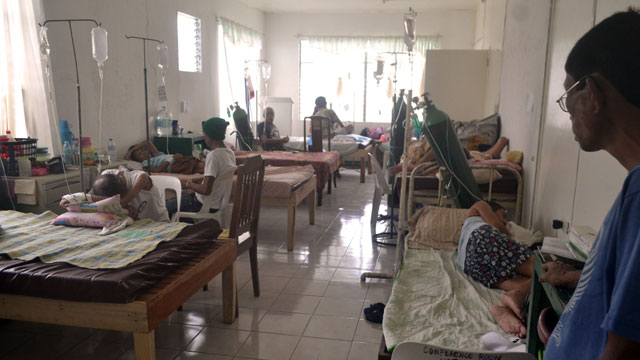 MANILA, Philippines – Hospitals that require deposits before treating patients in emergency cases would face stiffer penalties, if the measure approved by both the Senate and the House of Representatives is passed into law.

The Senate approved Senate Bill 1353 on Monday, May 15, while the House passed a similar measure last May 2.

Senator Risa Hontiveros, sponsor and principal author of the Senate version, said the bill would primarily increase the penalties for violations committed under the Anti-Hospital Deposit Law or Republic Act 8344 (RA) of 1997.

“We want to a have a healthy nation where the poor are not turned away from hospitals, and where no family will have to beg just so they can receive proper medical treatment,” Hontiveros said in a statement.

RA 8344 penalizes hospitals and medical clinics when they request, demand, or accept any deposit or any form of advance payment before treating a patient.

It also prohibits hospitals from refusing to confine or treat a person “to prevent death or permanent disability.”

But 20 years after the law was passed, Hontiveros said there are still cases where patients, mostly poor, are “denied emergency treatment by hospitals because they failed to give deposit payments.”

Both houses of Congress are now set to convene a bicameral conference committee to thresh out differences between the two versions of the measure.

Under the Senate bill, fines for hospitals refusing to administer basic emergency care will increase to P500,000 and P1,000,000, depending on the case, from the current fine of P100,000.

It also seeks to impose 4 to 6 years of imprisonment on officials of erring hospitals who demand any advance payment as a prerequisite for admission or medical treatment of an emergency patient.

Upon 3 repeated violations, the health facility’s license to operate will be revoked by the Department of Health (DOH).

To investigate patient complaints and facilitate the filing of cases in court, the bill also proposes to establish a “Sumbungan Board” or a Health Facilities Oversight Board, which will be under the DOH.

Hontiveros said the bill also addresses hospitals’ concerns over the costs they would incur in providing emergency medical care, saying this would either be reimbursed through the Philippine Health Insurance Corporation (PhilHealth) or become tax-deductible.