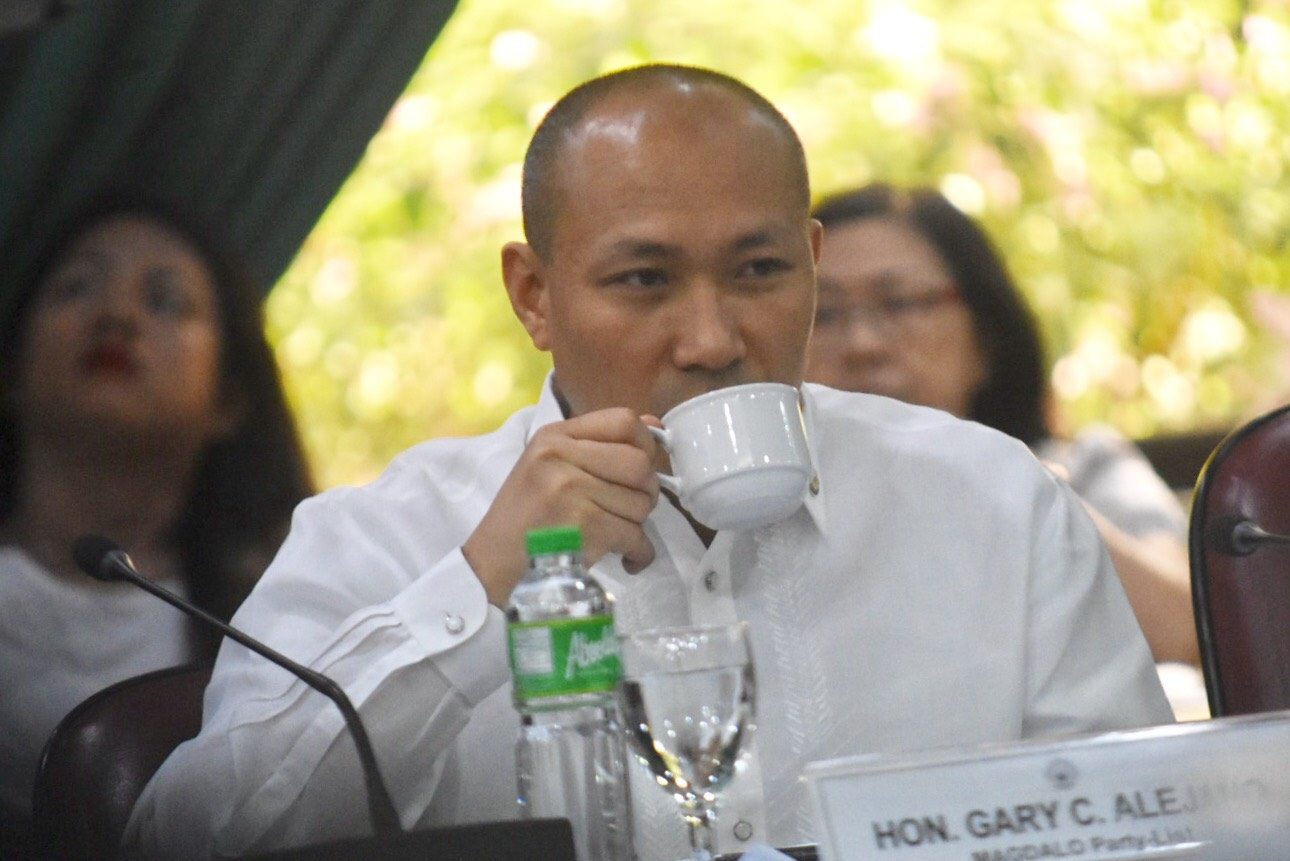 On Monday, May 15, the justice panel took 4 hours to decide the complaint was sufficient in form but insufficient in substance. This means the committee effectively rejected Alejano’s complaint. (READ: House holds closed-door session on Duterte impeachment)

During the hearing, Majority Leader Rodolfo Fariñas said Alejano’s accusations against Duterte were based on “hearsay” and that he may be subjected to an ethics complaint.

Alejano, however, said his critics are free to file a complaint against him. (READ: Alejano ‘ready to face consequences’ after impeachment complaint)

“I am not challenging them, but if they feel na merong kaso sa (there is a case before the) ethics committee, then do it. Walang problema sa akin (No problem). I will face [it]. Kung tatanggalin nila ako dito sa Kongreso, then mangyari ang dapat mangyari, ‘no (If they want to remove me from Congress, then so be it, right)?” said Alejano.

(I’m not here because of them. I’m here because I was elected by the people. I will fulfill my mandate and I will not be silenced!)

The mutineer-turned-lawmaker also argued that if the committee had given him the chance to properly defend his impeachment complaint, he would have been able to present the necessary evidence and witnesses.

“We are ready to submit the affidavits and even those who will testify, the families of the victims of extrajudicial killings,” said Alejano.

“If the committee is liberal, then they would have allowed me to explain! Isa lang naman akong complainant eh (I am only one complainant)! They have all the time!” he added. (READ: Alejano slams House as Duterte puppet after losing impeachment bid)

Magdalo as co-complainant in ICC case

Now that his impeachment bid against Duterte has been rejected, Alejano said Magdalo will now coordinate with various organizations and sectors to continue protecting the families of the victims of the government’s drug war.

“We will help in making sure that the victims would be able to file proper cases. Kasi takot ho ‘yan eh! Kasi dapat gobyerno nila ang nag-aalaga sa kanila. Eh kanino tatakbo ang biktima eh gobyerno ang pumapatay sa kanila? (Because they are afraid! The government is supposed to take care of them. But to whom will they run to when it is the government who is killing them?)” said Alejano.

Among other things, he had wanted Duterte to be impeached for the more than 7,000 people killed in legitimate drug operations and apparent summary killings nationwide.

Alejano said he will also discuss with his party mates the possibility of becoming complainants in the complaint filed by lawyer Jude Sabio against Duterte before the International Criminal Court (ICC).

(With what happened right now, I’m thinking about and I will discuss with the group if we can be included as complainants in the ICC case. Because where will we go? To whom will we complain? To the DOJ? To Secretary Vitaliano Aguirre II?)

In his ICC complaint, Sabio accused Duterte and 11 other government officials of alleged “mass murder” in the Philippines because of the ongoing war on drugs. (READ: What challenges will complaint vs Duterte face before ICC?) – Rappler.com