BEIJING, China – While Philippine President Rodrigo Duterte and 28 other heads of state attended meetings on the Belt and Road Initiative, his partner Honeylet Avanceña joined other leaders’ spouses in a tour of the Forbidden City.

Avanceña and 19 other spouses visited the World Heritage Site on Monday, May 15, the last day of the Belt and Road Forum on International Cooperation.

Wearing a red blazer over a white dress, Avanceña definitely held her own among the other elegantly dressed ladies in the group. In Palace photos, she can be seen posing with the entire group in front of the famous Hall of Supreme Harmony. The spouses were also treated to tea.

Avanceña could be seen chatting with spouses familiar to her, including Indonesia’s First Lady Iriana Widodo and Malaysia’s First Lady Rosmah Mansor. She met the two women last April during the Association of Southeast Asian Nations (ASEAN) Summit held in Manila. 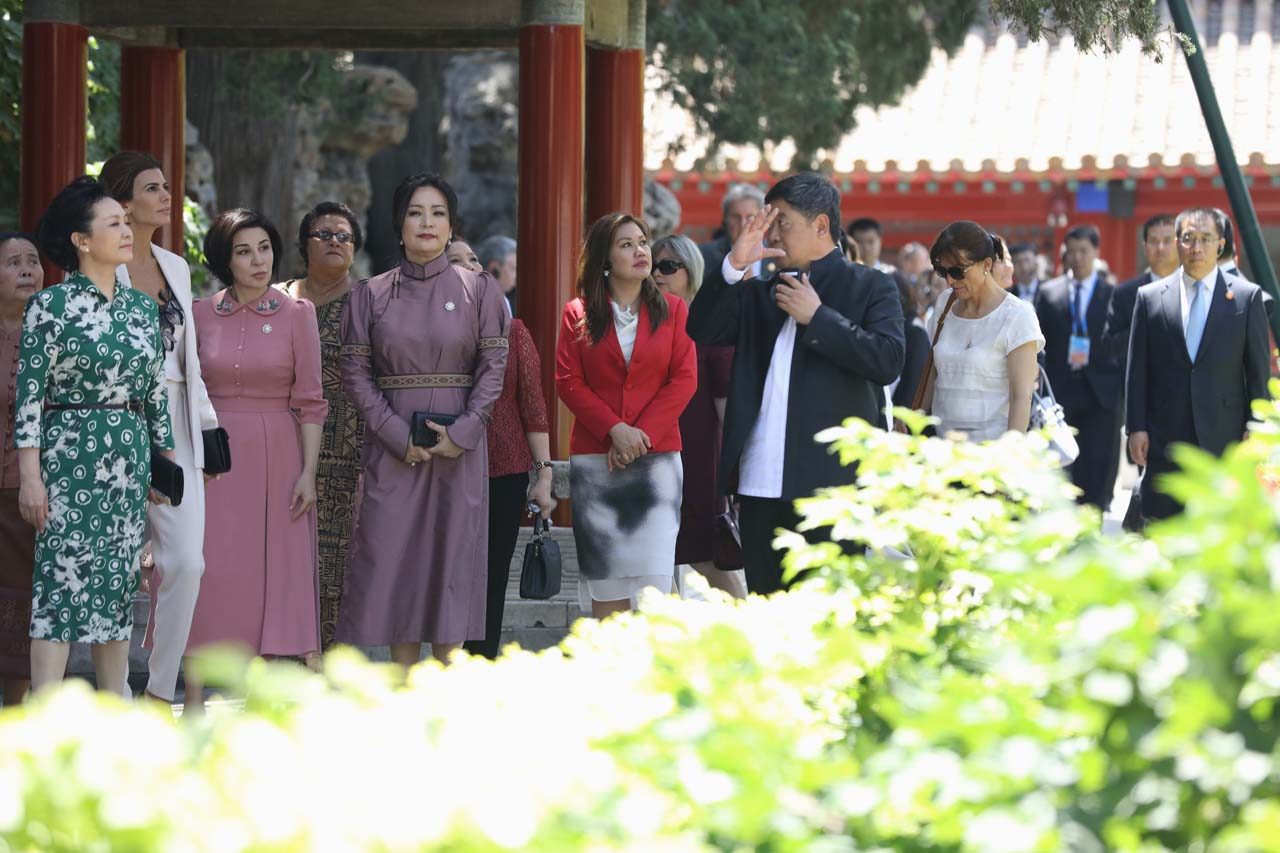 Avanceña, who is referred to officially as Duterte’s “longtime partner,” attended other official events of the Belt and Road Forum alongside Duterte, including the welcome banquet and artistic performances.

She was with the President in the two foreign trips preceding the Beijing visit, visits to Cambodia and Hong Kong. Her daughter with Duterte, 13-year-old Veronica, went along too.

In recent weeks, Avanceña has taken on a more public role, welcoming visiting dignitaries alongside Duterte and accompanying him on official foreign trips.