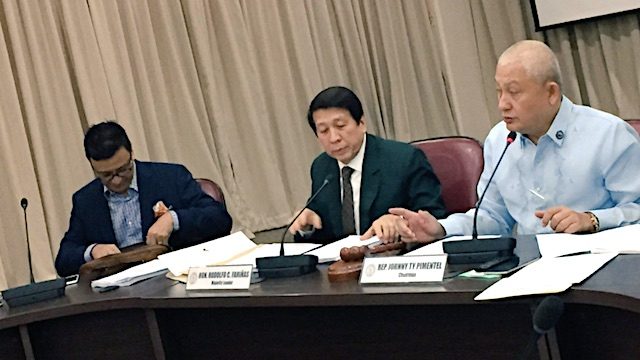 The 7 provincial officials are the following:

The House probe is looking into the allegations made by Majority Leader and Ilocos Norte Representative Rodolfo Fariñas against Governor Imee Marcos.

Marcos was also invited to Tuesday’s hearing but did not show up.

Committee on good government and public accountability chair Surigao Del Sur Representative Johnny Pimentel said they will issue a subpoena against her. – with reports from Mara Cepeda/Rappler.com