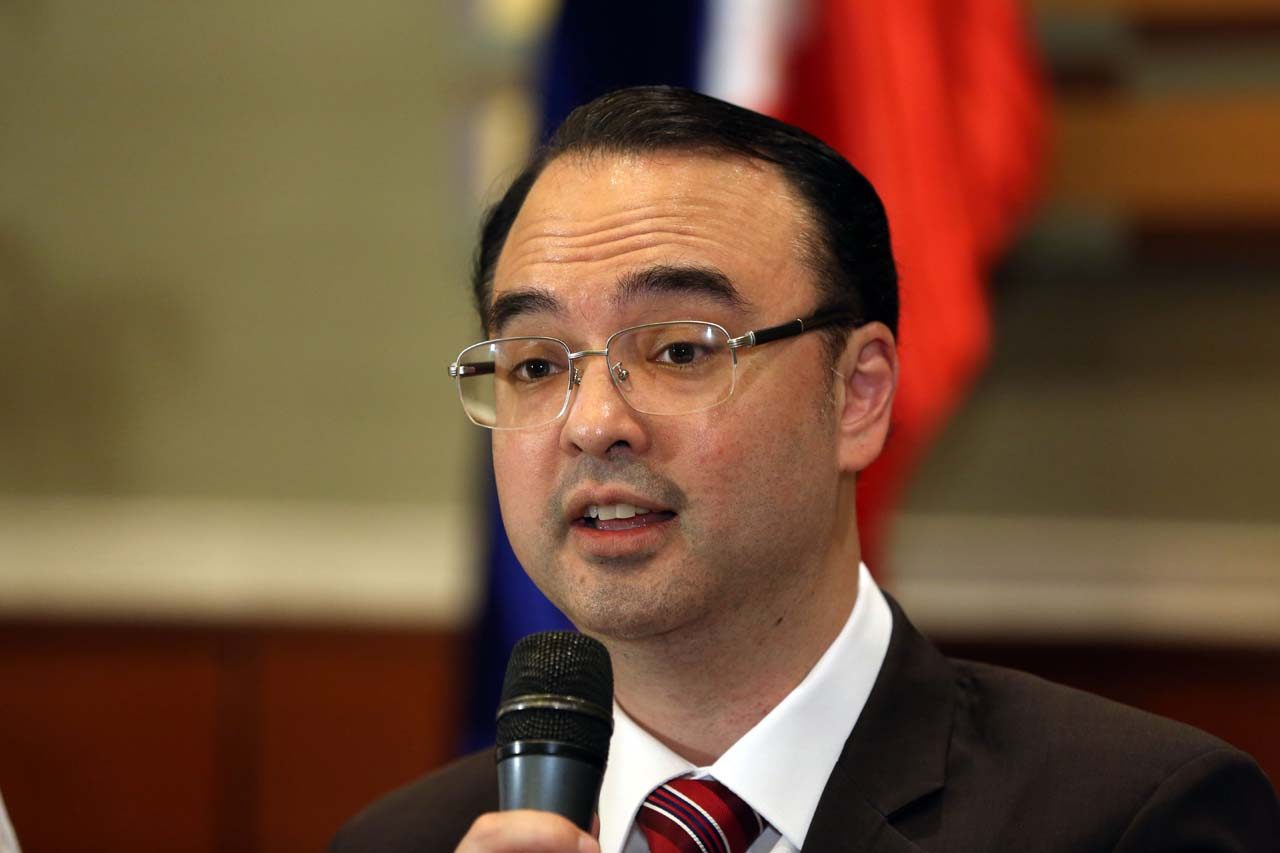 During a press conference in Beijing, China on Sunday, May 14, Cayetano was asked about his views on the proposal of De Venecia for the Philippines and Southeast Asian countries to conduct joint development in the disputed sea.

De Venecia declared this proposal during a speech at the Belt and Road Forum earlier that day, in front of world leaders and delegates.

“It doesn’t mean that is the direction of our government because we are bound by the Constitution and our own laws. So there are ideas that are practical and good but not necessarily legal,” he said.

Cayetano said the proposal was De Venecia’s personal opinion and advocacy and that the envoy did not consult the Department of Foreign Affairs on his speech.

“Before the government even considers it, we have to see a framework that fits within our Constitution,” he said.

However, the President has publicly declared his openness to sharing resources and conducting joint exploration with China in the disputed sea.

When Duterte was a presidential candidate, he even said he would be willing to share if China paid for major railway projects.

As President, he said that it is when China approaches him to tap into resources in the South China Sea that he will raise the arbitral ruling won by the Philippines against China over the dispute.

Some experts, including Supreme Court Senior Associate Justice Antonio Carpio, have said joint development in the country’s exclusive economic zone (EEZ) is a violation of the Philippine Constitution.

When reminded about Duterte’s views on the matter, Cayetano gave a confusing answer as he tried to correct the reporter’s understanding of the President’s views.

“No, ang sinabi niya, kapag ka kinuha ‘yung resources doon unilaterally ng iba. ‘Di ba? Ibang usapan na ‘yun. He will have to do something about it,” said Cayetano.

(No, what he said was, if someone unilaterally uses resources there. Right? That’s a different matter. He will have to do something about it.)

Asked if he thinks joint development in the South China Sea goes against the Constitution, Cayetano had this response: “Until you see the details, you can’t say if it’s legal or not. But if you say right now we should allow it, we have a dispute there,” he said. – Rappler.com