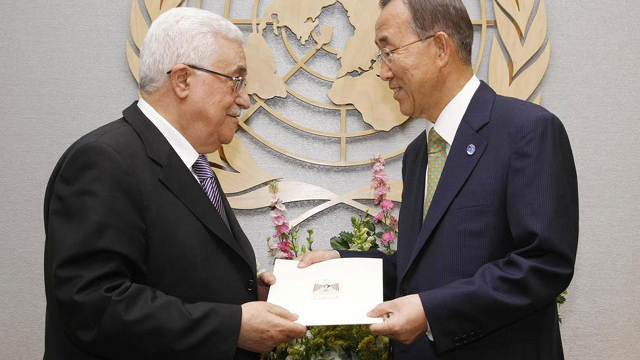 Palestinians fired in the air, whistled and embraced each other after the UN General Assembly on November 29 voted overwhelmingly to recognize Palestine as a non-member state. Despite fierce opposition from the US and Israel, the assembly voted 138-9 with 41 abstentions to enable the Palestinians to join UN agencies and sign international treaties. The vote lifts the status of the Palestinian Authority from an observer entity to a “non-member observer state” with the same status as the Vatican. The Palestinian leadership says it wants to use the “historic” vote as a launchpad for talks with Israel, which have been frozen for more than two years. But the US, Israel and Canada condemned the decision, saying that the UN upgrade creates “obstacles” to peace.

Read about the opposition to the vote here