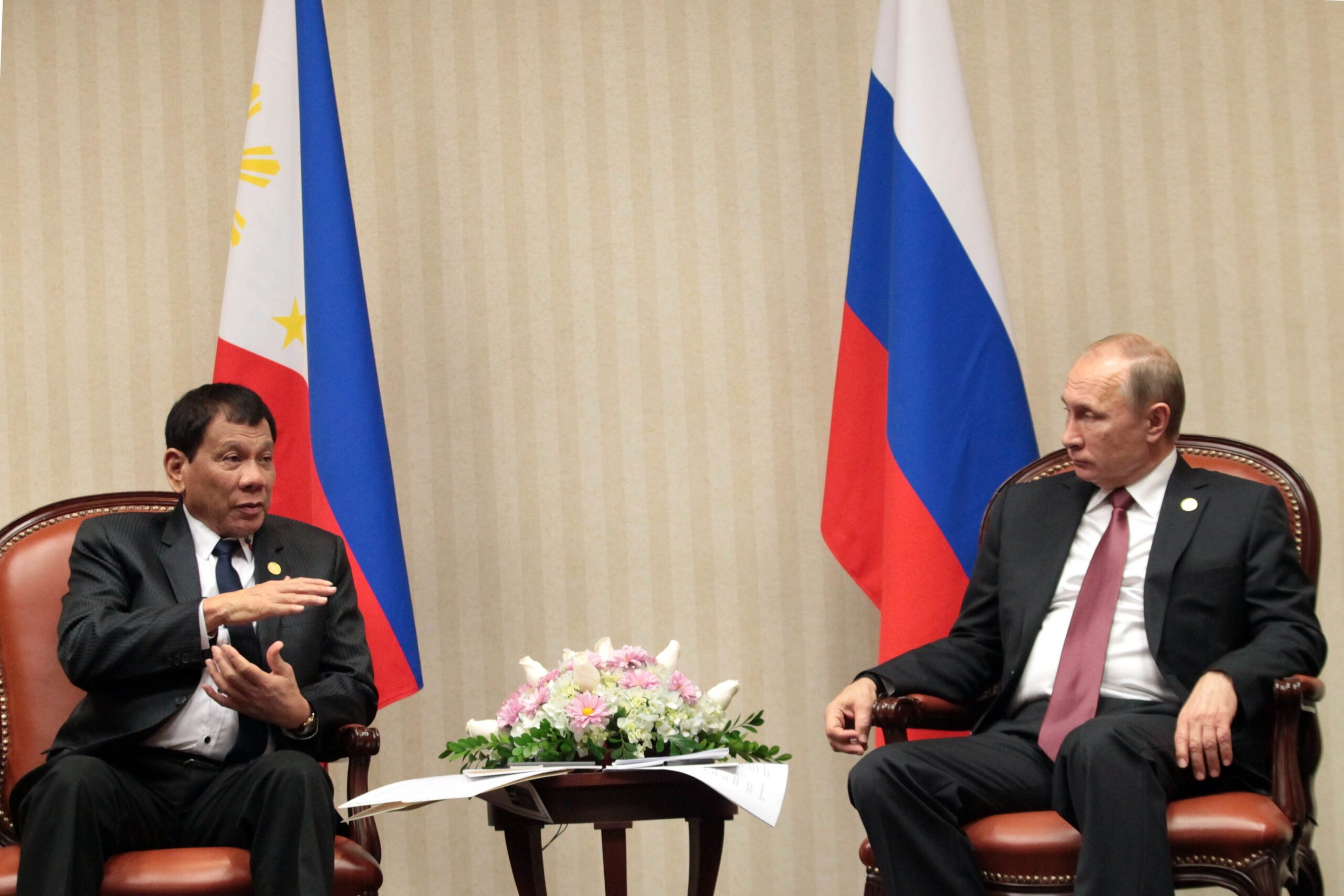 MANILA, Philippines – The Philippines and Russia will sign a defense cooperation agreement and other bilateral deals when President Rodrigo Duterte goes on a 5-day official visit to the country next week.

Duterte will visit the cities of Moscow and St Petersburg during his visit from May 22 to 26, and will be accompanied by several Cabinet officials and a large business delegation, Foreign Assistant Secretary Maria Cleofe Natividad said in a Palace briefing Friday, May 19.

Natividad said deals expected to be signed during the visit include a defense cooperation agreement, a memorandum of understanding on cooperation between Russian and Philippine security councils, a treaty on mutual legal assistance in criminal matters, and an extradition treaty.

The defense agreement, which will deal specifically with “military and technical cooperation,” will set the stage for the Philippines’ possible acquisition of defense assets from Russia.

“The agreement on military technical cooperation will pave the way for the Philippines to explore a possibility of military procurement from Russia,” said Natividad.

Another expected outcome of the visit is the establishment of a Philippine Office of Defense Attaché in Moscow and a similar Russian office in Manila.

The other highlights of the visit include a bilateral meeting between Duterte and his “idol,” Russian President Vladimir Putin, a bilateral meeting with Russian Prime Minister Dmitry Medvedev, and a visit to a St Petersburg military shipyard. (READ: Duterte on Putin: We’ve become fast friends)

Duterte will also have a gathering with the Filipino community in Russia and nearby states. The growing number of Filipinos expected to attend the event has prompted organizers to change the venue, Natividad said.

The Philippine leader will also give a speech at Russia’s Moscow State Institute of International Relations (MGIMO), a world-renowed diplomatic school.

He is expected to “articulate his admininstration’s commitment to pursue an independent foreign policy,” said Natividad.

Unlike Duterte’s first visit to China, his Russia visit will only be an official visit, and not a state visit.

An official visit is considered a level lower than a state visit in terms of ceremony and importance.

However, Natividad said “this is as important as a state visit if you look at the quality of meetings the President will be having with Russian officials.”

The decision on the type of visit was made by the Russian government as the inviting party. But Natividad is confident that Russia will still give Duterte a red carpet welcome.

She also emphasized the significance of the visit as it is upon the invitation of Putin himself.

The last Philippine president to visit Russia upon the invitation of its leaders was Fidel Ramos.

The formal invitation to Duterte reached the Philippine government as early as January but due to Duterte’s busy schedule, which included hosting an Association of Southeast Asian Nations Summit, the visit had to be pushed back.

Another important factor that influenced the date of the visit was Russia’s climate. Natividad admitted they waited for “good weather.” Duterte previously spoke of an aversion to visiting countries during the cold season. – Rappler.com