PH to ‘boycott’ conditional aid from ‘all countries’ 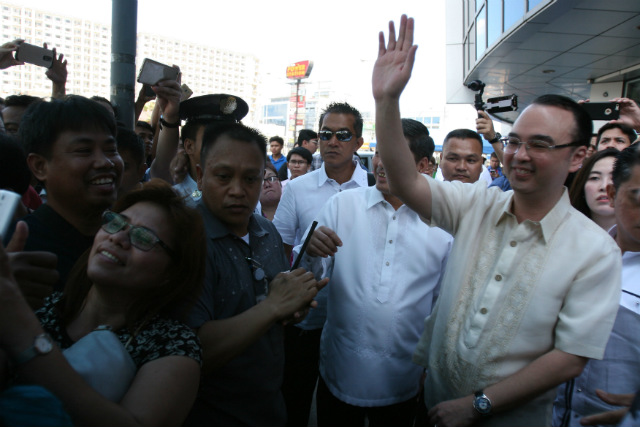 Asked if this policy applies to countries aside from those in the EU, Cayetano replied, “All countries.”

“And to be fair to many of our friends, for example China and Japan, they’re helping us a lot pero walang kondisyon (but without conditions),” he continued – even as China is accused of giving the Philippines loans in exchange for Manila’s claim over the West Philippine Sea (South China Sea).

Cayetano made these remarks after the Philippines said it is refusing EU grants “that may allow it to interfere with the internal policies of the Philippines.”

In his interview with reporters Friday, Cayetano said “the ball actually is now in the hands of the EU.”

He wants the EU to tell the Philippines that “there’s no strings attached” to its aid, and that they “will not interfere” in the Philippines’ internal affairs.

Cayetano also urged the EU to show its support for the Philippines’ law and order campaign.

(They always stress the rule of law. But whenever they see someone dead, they think that’s not protecting rule of law. So what do they want, for the police to die?)

Cayetano said he will meet with EU Ambassador to the Philippines Franz Jessen “immediately” when he comes back from Russia, where Duterte will conduct a 5-day official visit from May 22 to 26.

“We have good relations with EU but it’s going through a rocky period or, kumbaga (in a way), a rollercoaster ride. But we’re in this ride together,” Cayetano said. – Rappler.com