NORTHERN SAMAR, Philippines – Around 30 children in remote villages of Northern Samar will skip school this year as they have become the latest recruits of the New People’s Army (NPA), an army official said.

He said the NPA has recruited around 30 children in the two towns.

“Today should be a happy day in Northern Samar as children go back to class.  However, it is clear that they (NPA) have been recruiting children.  And this exposes children to different forms of violence and exploitation,” Lacurom told Rappler.

He said people need to know that by recruiting children to join their armed struggle, communist rebels are grossly violating the rights of children and subjecting them to dangerous situations.

“I have seen how this war in Northern Samar has affected so many children who are so talented but are unable to go to school,” Lacurom said.

He said the NPA’s recruitment of children is nothing new, especially in parts of Northern Samar affected by the communist insurgency, and where families cannot afford basic necessities.

“Children who are orphaned, who have grown up alone, frightened, and surrounded by violence see this as a permanent way of life, and they often choose to fight,”  Lacurom said.

Atoy (not his real name), a former NPA member who spent 5 years in the underground movement, told Rappler that the propaganda of the armed wing of the Communist Party of the Philippines often targets the youth.

“Mas madali sira sugo-un ngan madali hadlokon.  Diri parehas sa idaran nga madali magkalakat ngan bumaya sa kagi-usan (They do as they are told and are easier to intimidate.  They are also less likely than adults to run away),” Atoy said.

Atoy said these children come in contact with the rebels through some barangay organizations.

Some, he said, want to become soldiers and offer themselves for service while others are directly recruited by the rebels. There are also those who want to follow in the footsteps of their rebel parents and relatives. 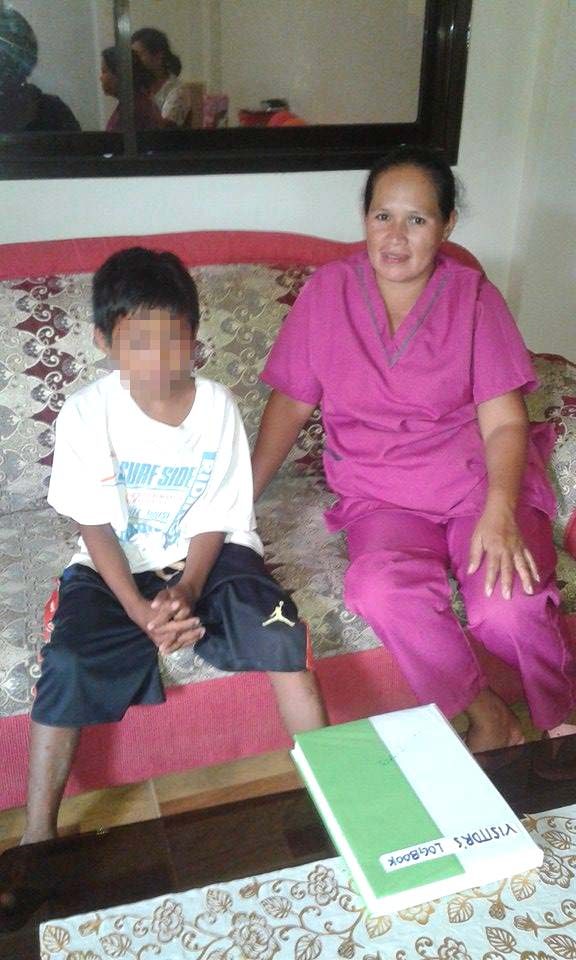 He said these child recruits are used as spies, messengers, cooks, and for the delivery of ammunition and other supplies to rebel camps. They are trained to fight and to use rifles, and given political indoctrination.

On May 13, the Army rescued a 12-year-old NPA child member in Barangay De Tubang in Silvino Lobos. He was found with half a sack of rice that concealed ammunition and weapons believed to be bound for rebel camps.

The child was turned over to social workers in Northern Samar, who are trying to reunite him with his parents.

Government troops in Northern Samar are trying to rescue these children from rebels while the Department of Social Welfare and Development is ready to give psychological counseling to help the children reintegrate into mainstream society. – Rappler.com