Facebook Twitter Copy URL
Copied
(UPDATED) Transport authorities will first focus on information dissemination, as recommended by lawmakers in a House hearing, following the confusion over the new law

MANILA, Philippines (UPDATED) – The Department of Transportation (DOTr) suspended the implementation of the Anti-Distracted Driving Act after lawmakers pointed out it would be “irregular” for them to enforce the law without first conducting a nationwide information dissemination campaign.

“To respond to the call of both Houses of Congress to defer the implementation of ADDA, the Department of Transportation, Land Transportation Office (LTO), Land Transportation Franchising and Regulatory Board (LTFRB), Metro Manila Development Authority, and the PNP Highway Patrol Group take heed to the Congress, being the authors of the law, to defer the enforcement of Republic Act 10913 or the Anti-Distracted Driving Act,” the DOTr said in a statement on Tuesday, May 23.

The DOTr will also revive its technical working group to review the law’s implementing rules and regulations (IRR) in coordination with stakeholders.

The department made the announcement minutes after the House transportation panel told transport officials they should not be implementing the Anti-Distracted Driving Act yet without conducting a 6-month information campaign as cited under the same law.

Legislators pointed out this provision under the controversial RA 10913 during a transportation committee hearing on Tuesday. (READ: Using cellphones while driving prohibited starting May 18)

During the hearing, lawmakers pointed to Section 7 of the Anti-Distracted Driving Act, which says: “The DOTC (Department of Transportation and Communications)-LTO in coordination with the Philippine Information Agency, the Department of Education, the Department of Interior and Local Government, the Philippine National Police and private agencies and organizations shall undertake a nationwide information, education and communication campaign for a period of 6 months from the effectivity of this act.”

Transport officials admitted they have not conducted the information drive yet, but have already drafted the law’s IRR.

House transportation committee chairperson and Catanduanes Representative Cesar Sarmiento then said it would be “unfair” for motorists to be apprehended since the transportation agencies have not fully complied with RA 10913 yet.

“It’s very clear that [the law] requires [an] information and education campaign for a period of 6 months from the effectivity of the act. Since the implementing agencies failed to do that, I think it would be unfair for the public na mahuli nang ‘di nila naiintindihan [‘yung batas] (to be apprehended when they do not fully understand the law yet),” said Sarmiento.

Asked if it would be illegal for violators of the Anti-Distracted Driving Act to be apprehended without the 6-month information drive, Sarmiento said: “Well, sa akin personally na hindi nasunod ‘yun, it would appear na irregular (For me personally, since that wasn’t followed, it would appear irregular).”

The DOTr will be conducting the information drive as soon as authorities have reviewed and revised the IRR. 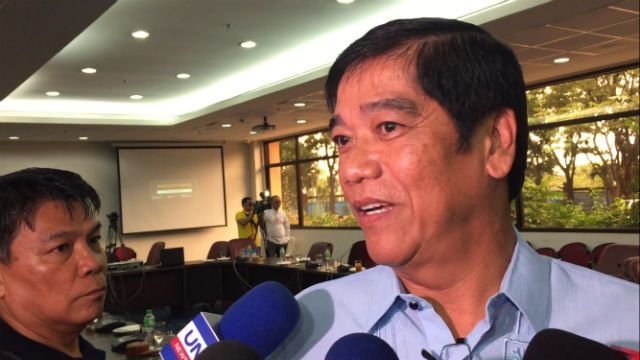 RA 10913 officially took effect on May 18. It defines “distracted driving” as using telecommunications or entertainment devices while in motion or when temporarily stopped at a red traffic light.

Several senators had also urged the DOTr to suspend the Anti-Distracted Driving Act until the issues are cleared up. The Senate plans to hold its own probe into the new law. – Rappler.com