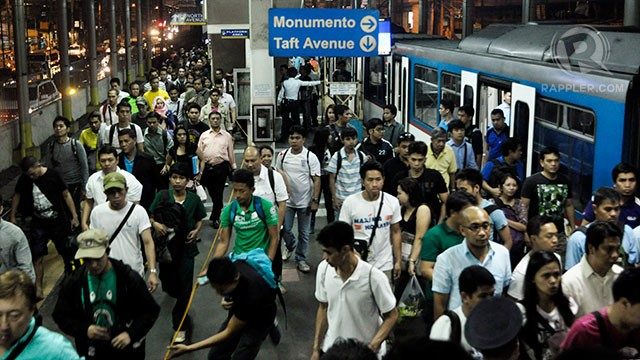 MANILA, Philippines – The Department of Transportation (DOTr) assured the public that riding the Metro Rail Transit 3 (MRT3) is “safe” amid continuous reports of problems.

DOTr Undersecretary for rails Cesar Chavez gave this assurance when asked about the condition of the train system during the resumption of the Senate hearing on the MRT3 mess.

(To our fellowmen, especially to commuters, it is safe to ride the MRT. All signaling systems are operational. Aside from the signaling system, we have 3 kinds of brake systems. All these are installed.)

But Poe asked the DOTr to prioritize the certification of the safety of the MRT3.

(What I’m telling the DOTr is they should prioritize the company that would certify that our trains are safe. Right now, there is no company that does that. We are only relying on the guarantee of Undersecretary Chavez.)

Still, there are still some issues with the tracks as the government has yet to fully replace the aging tracks while Buri does not consistently conduct rail grinding to keep it sharp against rusts.

MRT3 consultants, however, are mum on the safety of the trains, saying they do not issue safety certifications.

Chavez said there still no independent body that could certifty to the train’s safety, but they’re working on it. At present, he said they are in talks with companies in Germany and Italy to test the trains, specifically bought from Dalian in China. It remains unclear if this would also include the current Czech-made trains being used.

Chavez, in the same hearing, said the contract with maintenance provider BURI should be cancelled, citing the daily inconvenience experienced by passengers.

He also reiterated BURI’s refusal to buy spare parts, which are essential in maintaining the transit system.

(Our position is the maintenance contract should be terminated. We will respect due process but our office and the Department of Transportation’s position is there is no greater evidence than the daily sufferings of passengers. We also have documents of the series of derailments.)

The DOTr also earlier ordered BURI to explain why the contract with them should not be terminated.

Should the contract be terminated, Chavez assured the public the MRT3 service will not be affected.

(Should passengers worry? No. We also did the same with the LRT. We created a special order for a maintenance transition team.) – Rappler.com