May 24, 2017 4:45 AM PHT
Rappler.com
Facebook Twitter Copy URL
Copied
In separate statements, lawmakers also condemn the Marawi clashes, with some of them questioning the move to put Mindanao under martial law 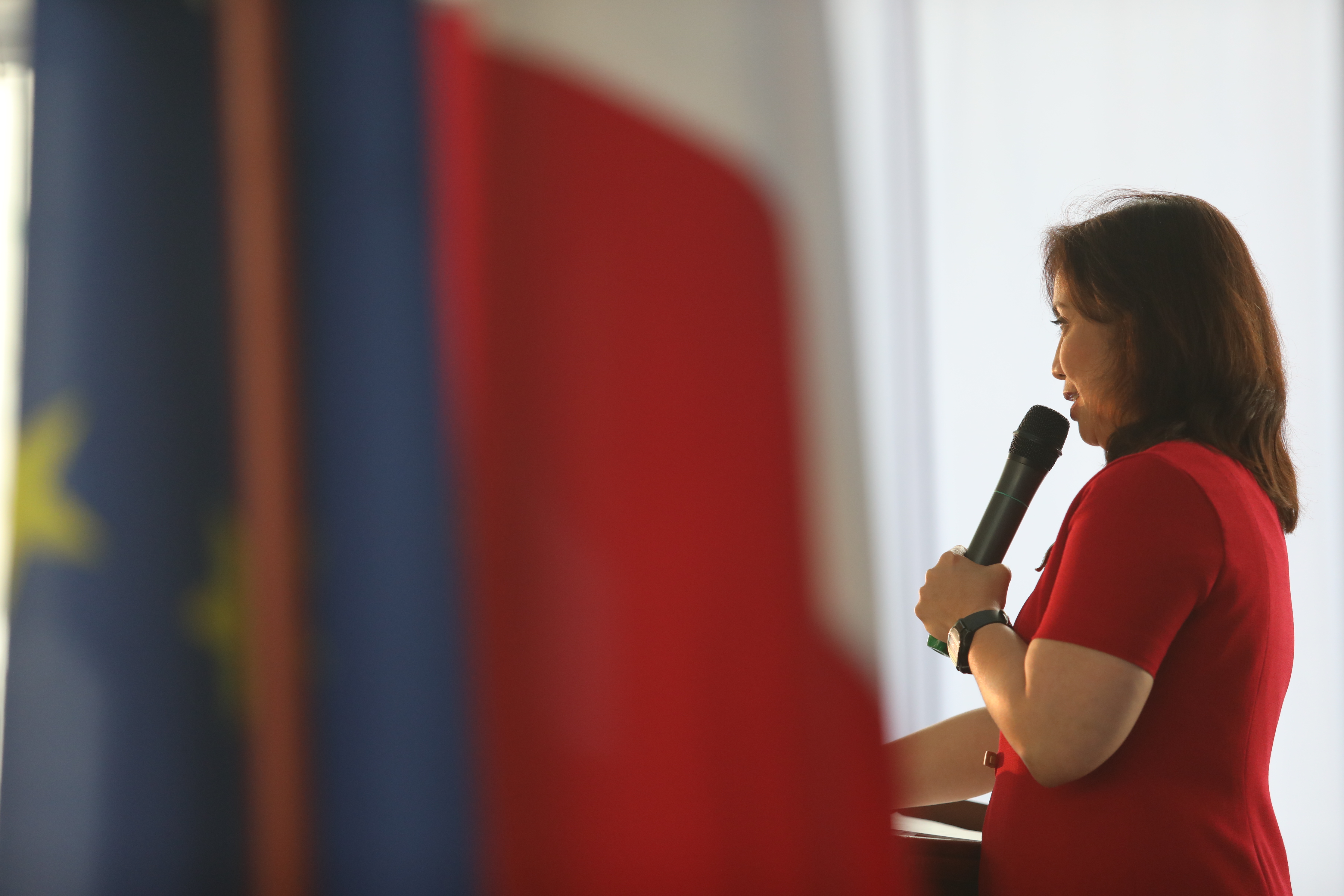 MANILA, Philippines – Vice President Leni Robredo directed her office on Tuesday, May 23, to prepare relief operations for Filipinos affected by the clashes in Marawi City.

Robredo also said she trusts that the Armed Forces of the Philippines (AFP) can resolve this crisis. She asked for prayers for members of the AFP in Marawi.

“Huwag tayong matakot. Manindigan tayo. At magtiwala tayong mananaig ang kapayapaan,” she said. (Let us not be afraid. Let us stand tall. And let us trust that peace will prevail.)

More than 201,780 people live in Marawi, the most populous city in the Autonomous Region in Muslim Mindanao.

In Marawi earlier on Tuesday, clashes between government troops and local terrorists erupted after the Philippine military launched a surgical strike against “high-value targets” belonging to the Abu Sayyaf Group and the Maute Group. Clashes with the Maute Group killed at least one policeman as of 8 pm.

Other officials also issued statements about this ongoing crisis.

Senator Risa Hontiveros condemned the Maute terrorist attack, and urged the government to be “judicious, calm, and resolved” in the face of crisis. “The government’s actions must be measured even as they are prompt and decisive,” Hontiveros said.

Senator Paolo Benigno Aquino IV urged prayers for Filipinos affected by the conflict, and said “there should be no room for terrorism and extremism in our shores.”

While also slamming the terror attack, Senator Joel Villanueva questioned why Duterte had to put the whole of Mindanao under martial law. “We will work with the government and all stakeholders in finding the most effective strategy and solution to this problem,” Villanueva said.

Like Villanueva, Magdalo Representative Gary Alejano questioned why martial law was declared in the whole of Mindanao when the Maute attacks were confined to Lanao del Sur.

Alejano was the lawmaker who filed a junked impeachment complaint against Duterte.

“Nonetheless, I hope the government would be able to contain the Maute and other threats soonest possible time and prevent any spillover to other parts of the country. Further, let us be vigilant that such declaration would not be abused in the process like what happened in the 70s,” Alejano said. – Rappler.com