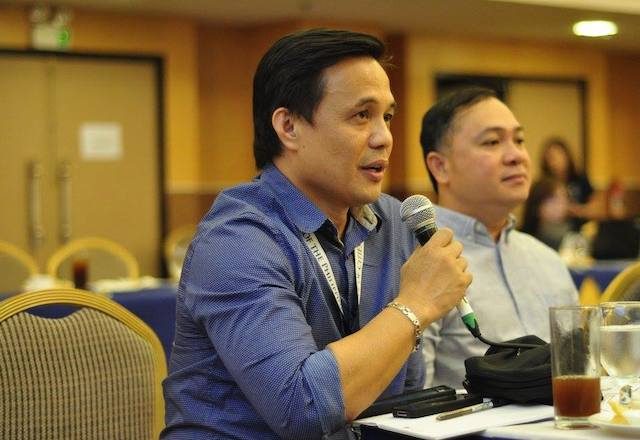 MANILA, Philippines – Marawi City Mayor Majul Usman Gandamra on Wednesday, May 24, appealed to the national government to uphold the human rights of “innocent civilians” during the Mindanao-wide imposition of  martial law.

Gandamra was apparently voicing the sentiment of people in Mindanao who feared  human rights abuses following the declaration after local terrorists attacked the city. (READ: TIMELINE: Marawi clashes prompt martial law in all of Mindanao)

(The declaration of martial law is timely….We are just asking the government to please uphold, respect the human rights of innocent civilians.)

The Marawi chief made the appeal a day after President Rodrigo Duterte said the imposition of martial law in Mindanao may last for a year, if necessary, and that it would be the same as martial law during the regime of the late strongman Ferdinand Marcos. (READ: Duterte says his martial law to be similar to Marcos time)

In a separate phone patch interview with ANC, teacher Noddy Summer said her fellow Marawi residents hoped there would be no “repeat” of the abuses experienced under martial rule in the past. (READ: #NeverAgain: Martial law stories young people need to hear)

Summer said she hoped media would continue to give them a voice so that the true situation on the ground would be reported.

(I’m asking that since martial law has been declared, [the media] would not abandon us because that is your job, to convey what is really happening here, and hopefully, there would be no further human rights violations here.)

Summer also appealed to the military not to conduct air strikes on Marawi City that would affect civilian communities, especially as houses there are built right next to each other. She said they had experienced air strikes in the past that hit homes of civilians.

“If they’re going to resort to that, maawa kayo sa amin, mapupulbos kami dito. Ang mga bahay dito magkakatabi (have mercy on us, we will get reduced to ashes. Houses here are close to one another)….No to air strike; aerial bombing, That’s what’s terrifying all of us,” she said.

The Marawi mayor said the situation in the city as of past 8 am on Wednesday had improved, compared to hours earlier, when gunshots could be heard being fired near city hall.

“Right now, I would say that Marawi City is still under the control of the government,” he said.

Gandamra said, however, that the “threat” remained, so residents are still advised to remain inside their homes to keep them out of harm’s way.

He said he was expecting reinforcement from the military and the police that morning “to stabilize the situation in Marawi City.” He anticipated a meeting with authorities on Wednesday to assess the situation.

Gandamra said he and other local officials and employees were staying in city hall to thwart any possible plan of the Maute group to take over the building and raise its black flag there. He said his family was also with him.