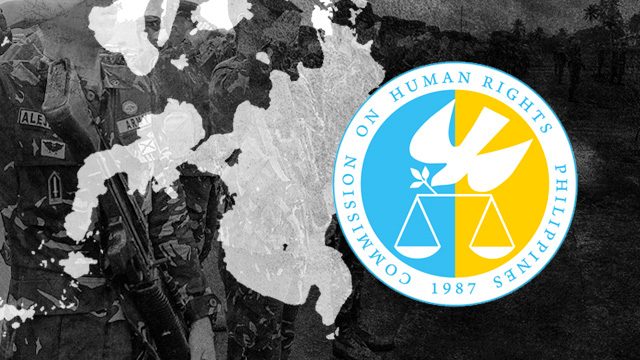 MANILA, Philippines – While condemning the attack in Marawi City, the Commission on Human Rights (CHR) on Wednesday, May 24, reminded the government to uphold human rights as it implements martial law in Mindanao.

“We are with the nation in praying for the safety of our sisters and brothers caught in the crossfire, as well as with our security forces on the ground ensuring the safety of our fellow Filipinos,” it said in a statement.

“We urge the government to ensure that the rights of all Filipinos are upheld while addressing this humanitarian crisis in southern Philippines,” the commission added.

These rights enshrined in the 1987 Philippine Constitution include right to life as well as freedom from torture, warrantless arrest, and illegal detention. (READ: Hate human rights? They protect freedoms you enjoy)

President Rodrigo Duterte on Tuesday, May 23, declared martial law in Mindanao following clashes between the Maute Group and the military in Marawi City.

Presidential Spokesman Ernesto Abella made the announcement in Moscow, Russia – where Duterte was on an official visit – adding that the declaration was made “on the grounds of rebellion because of what is happening in Mindanao.”

It will last for 60 days, Abella added. (READ: TIMELINE: Marawi clashes prompt martial law in all of Mindanao)

Duterte on Wednesday, in a press briefing upon his arrival from Russia, also said he was considering expanding the declaration to the entire Philippines.

A state of martial law cannot override the function of both the judiciary and legislative branches of the government. It also does not automatically suspend the privilege of the writ of habeas corpus. (READ: Martial Law 101: Things you should know)

Duterte, before flying back to Manila, said the martial law in Mindanao will be no different from martial law during the time of the late dictator Ferdinand Marcos.

The CHR is now calling on the Senate and the House of Representatives to “exercise due diligence and consideration” when it reviews the merits of the declaration.

“Let us be reminded of the lessons of the 1972 declaration under a regime of a dictatorship – that we may never again repeat this dark past and continue to recognize the higher value of human dignity at all times,” the commission said.

Under the Constitution, legislators have the power to either revoke or extend martial law based on a report to be submitted by the president no later than 48 hours after the declaration.

The Supreme Court may also review the “sufficiency of the factual basis” of the proclamation of martial law in an “appropriate proceeding filed by any citizen.”

Vice President Leni Robredo, meanwhile, said the Armed Forces of the Philippines promised that it would respect basic human rights of Filipinos in the implementation of martial law in Mindanao. (READ: Robredo: ‘Trust the AFP’ in martial law implementation) – Rappler.com