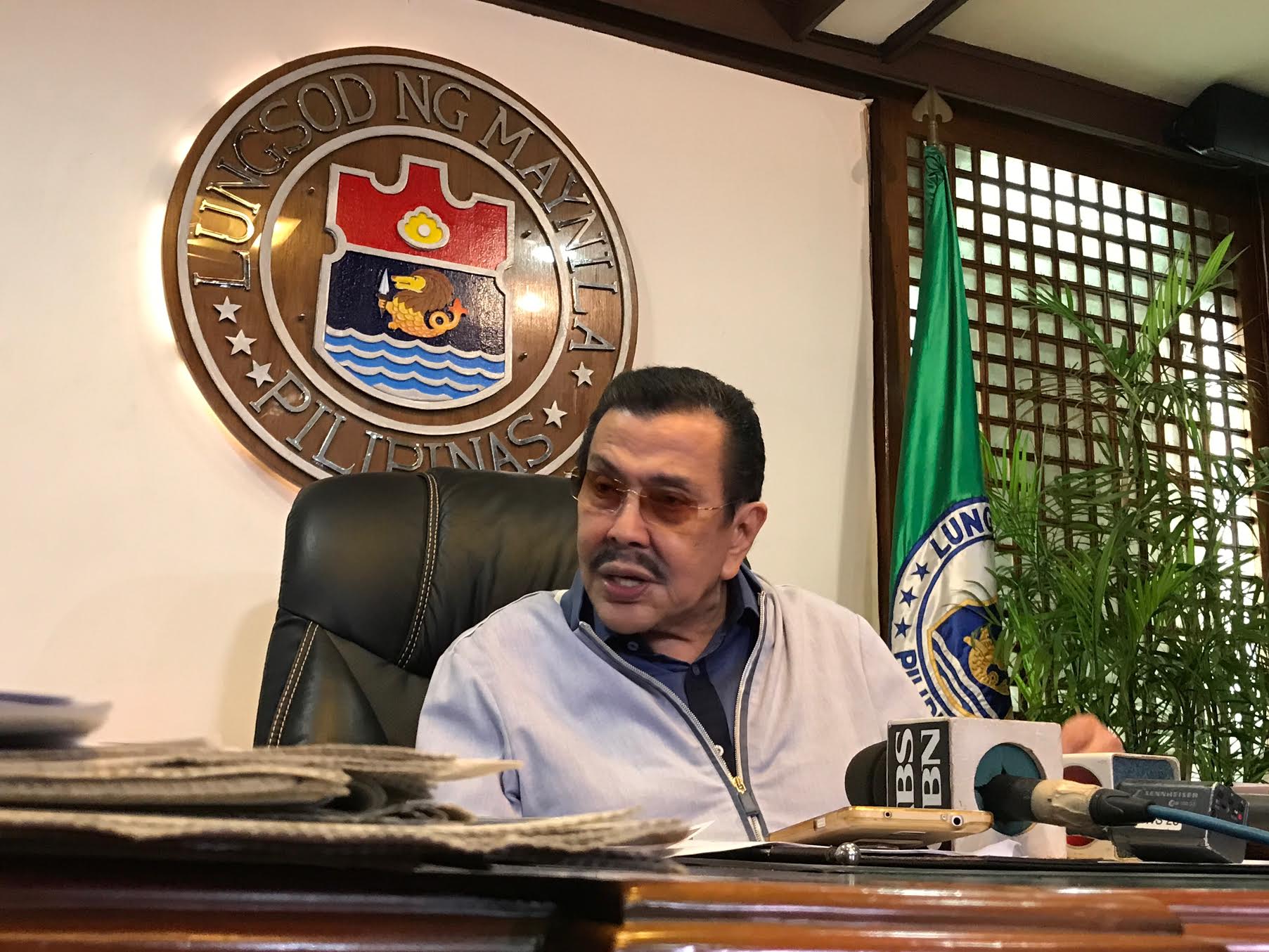 MANILA, Philippines – Former president and now Manila Mayor Joseph Estrada said President Rodrigo Duterte should take a step further in dealing with the situation in Marawi City by declaring an all-out war against the terrorists.

“It’s about time,” Estrada said in a press conference on Thursday, May 25. “There is only one plan, one constitution, one government, period. We have to follow the [rule of law]. What kind of government do we have when we cannot impose our own rules in our own lands?”

This comes after the Marawi clashes that erupted Tuesday afternoon, May 23, which prompted the President to declare martial law in Mindanao.

Estrada also advised Duterte that peace talks, in his experience, do not work.

The rebel group that the Duterte administration is in peace negotiations with is the communist National Democratic Front. (READ: FAST FACTS: The CPP-NPA-NDF and the Oslo talks)

Estrada declared support for the imposition of martial law in Mindanao and said that, if needed, he would welcome its expansion toward the Visayas and Luzon, as planned by Duterte.

“If it is needed, why not? We are behind him as far as going against corruption for peace and order,” he said. “Kawawa naman tayo (we’re pitiful), we used to be number two to Japan, now we’re number two to the last.”

Estrada said he would not give unsolicited advice on how an all-out war and martial law should be carried out, but commended President Duterte for his strong demeanor in dealing with the crisis.

“President Duterte does not leave his balls when he goes out of his house, kaya bilib ako doon. Matapang na lalaki (which makes me admire him, he is a tough man),” the Manila mayor said.

In responding to the conflict from Manila, he assured the capital’s residents that the city is still on “red alert,” continuing random checkpoints and tightening security around prominent establishments. – Rappler.com