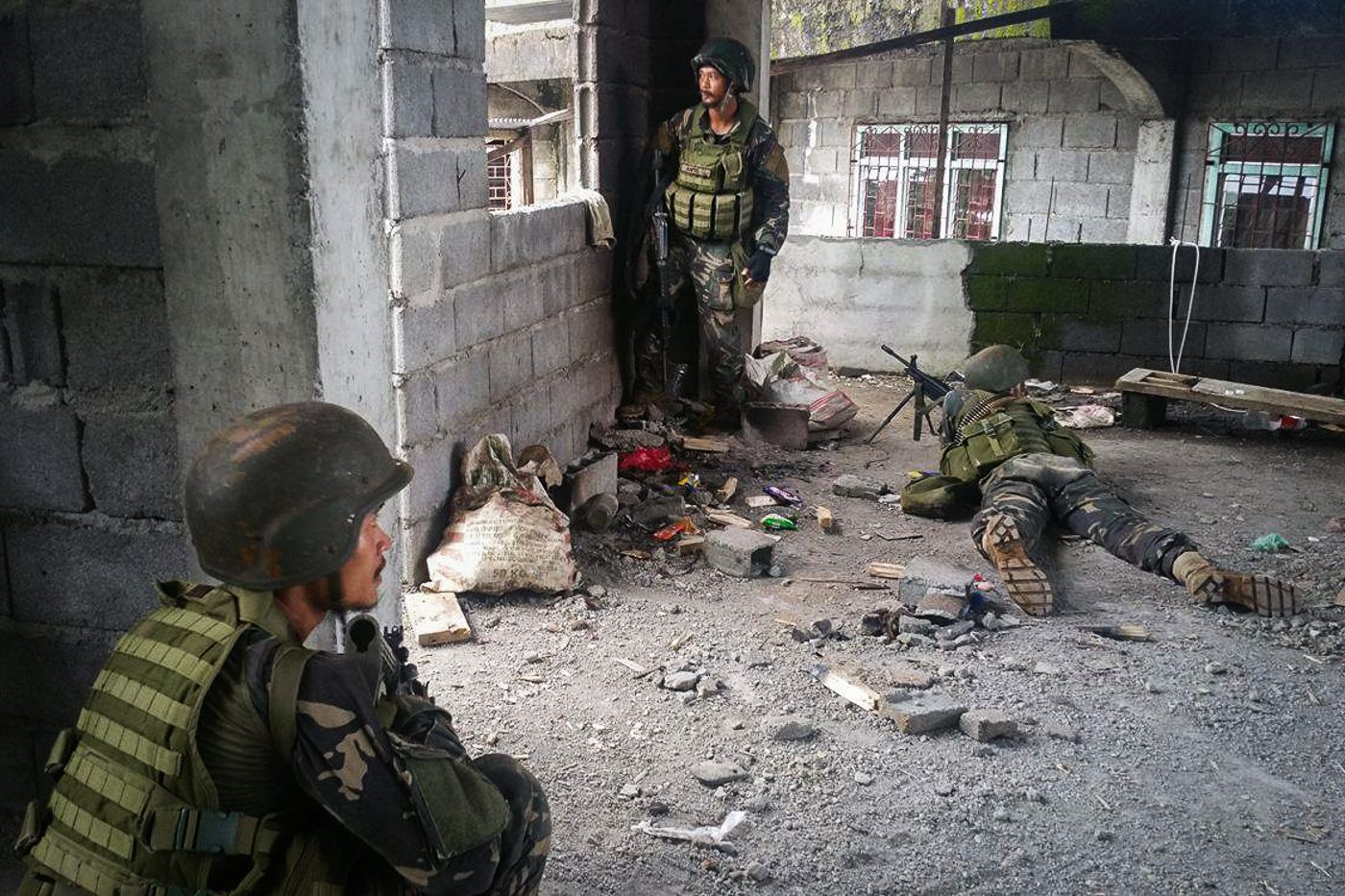 Facebook Twitter Copy URL
Copied
At least 31 members of the Maute Group are killed, the Armed Forces of the Philippines says

DAVAO CITY, Philippines – At least 6 soldiers were killed on Thursday, May 25, as government troops continued to clear Marawi City following attacks by members of the Maute Group and the Abu Sayyaf.

Another 7 soldiers were injured as soldiers continued to engage with heavily-armed persons still in the city. Since clashes between government troops and the terrorist groups began on May 23, at least 11 soldiers and 2 policemen have died.

Troops cleared two bridges in Marawi City on May 25, resulting in an encounter with around 30 heavily-armed persons. The Western Mindanao Command, in a statement to the media, said that 15 from the enemy side were killed after a two-hour battle.

The military says a total of 31 Maute Group members have been killed since military operations in Marawi City began.

Military and police on May 23 were targeting Abu Sayyaf senior leader Isnilon Hapilon, who reportedly has direct links to ISIS, when they encountered the Maute and Abu Sayyaf sympathizers and members already in Marawi City.

Marawi residents soon shared photos on social media showing armed men roaming the city and hoisting the ISIS flag. The evening of May 23, at least 3 fires broke out.

Locals have since began fleeing Marawi in droves, as operations continue in the city.

The situation in Marawi and previous Maute Group offenses prompted President Rodrigo Duterte to declare martial law over the entire Mindanao island region. He also suspended the privilege of the writ of habeas corpus.

Martial law means the military takes over because the local government and police are unable to ensure public safety in a specific area. The suspension of the writ means the police and military cannot be compelled to produce the body of an individual suspected to be detained, leaving space for illegal warrantless arrests.

The declaration will stay in place for a maximum of 60 days unless Congress approves its extension. The Supreme Court may also review the basis for the declaration if a petition is filed questioning martial law. – Rappler.com