May 29, 2017 9:45 PM PHT
Agence France-Presse
Facebook Twitter Copy URL
Copied
There is no licensed vaccine for the Ebola virus, but the World Health Organization says a promising candidate vaccine exists and could be deployed within a matter of days if the DR Congo government gave its approval 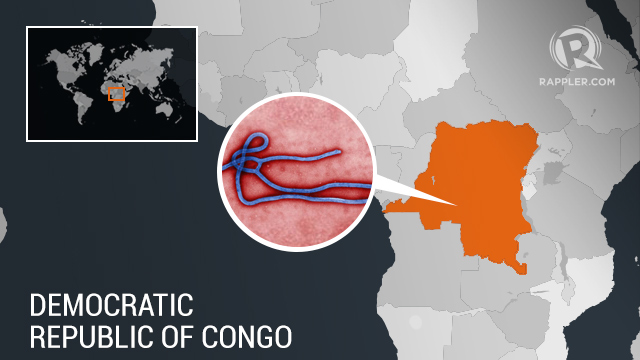 “The DRC accepts the use of vaccines against the Ebola virus,” a source in the health ministry told the Agence France-Presse, adding the government concluded it had no objections to the tests being conducted in the country.

“We’re waiting for an operational plan from our partners which will determine what steps need to be taken, in which geographic areas we could vaccinate,” the source added, on condition of anonymity.

A definitive decision on how the vaccine would be deployed will be released in 24 hours, the source said.

There is no licensed vaccine for the Ebola virus, but the World Health Organization said this month that a promising candidate vaccine exists and could be deployed within a matter of days if the DR Congo government gave its approval.

On May 12, DR Congo declared an outbreak of the highly contagious disease, the eighth to date in a sprawling country 5 times the size of France.

A week later, researchers in the United States said they had found antibodies that could be used to neutralize the 3 main strains of Ebola.

So far, two cases of the virus have been confirmed in a laboratory while 18 others are suspected in the remote Bas-Uele province, an equatorial forest zone near the Central African Republic.

Three of those people have died, including the first known case, a 39-year-old man who died on the way to hospital in Likati on April 22, suffering from fever, vomiting and bleeding symptoms.

It is the first outbreak of Ebola, which spreads by contact with bodily fluids, since the west Africa epidemic that ended in January last year after killing more than 11,300 people and sickening nearly 29,000. – Rappler.com