May 30, 2017 12:20 PM PHT
Facebook Twitter Copy URL
Copied
(UPDATED) The two chambers of Congress are set to convene a bicameral conference committee to finalize the measure before President Rodrigo Duterte signs it into law 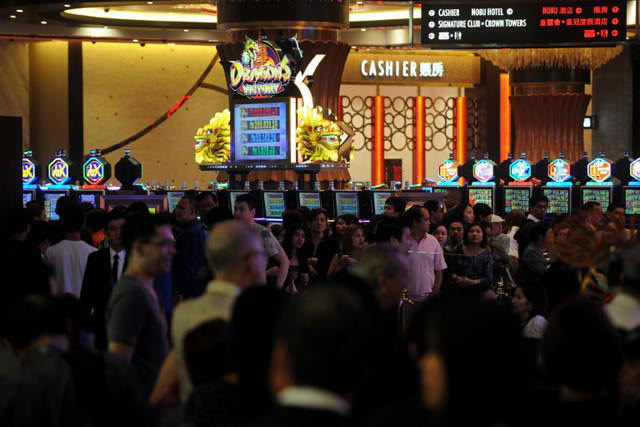 MANILA, Philippines (UPDATED) – The Senate on Tuesday, May 30, approved on third and final reading the bill seeking to include casinos in the scope of the Anti-Money Laundering Act (AMLA) before the deadline set by an international body.

On Monday night, May 29, the House of Representatives approved on third and final reading the House version of the bill.

A total of 219 lawmakers approved House Bill (HB) Number 5663 on Monday, with no negative votes or abstentions. On Tuesday, 21 senators voted in favor of Senate Bill 1468.

Both measures aim to amend Republic Act Number 9160 or the Anti-Money Laundering Act of 2001 to include in its scope casinos, internet and ship-based casinos, and chipwashing or junket operations “with respect to their casino financial transactions related to their gaming operations.”

In his sponsorship speech for the bill, Eastern Samar Representative Ben Evardone, chair of the banks and financial intermediaries committee, said money laundering in the Philippines has been “very dynamic.”

“As criminals continue to exploit identified weaknesses of the legal and regulatory structures and mechanisms of jurisdictions in order to surreptitiously launder the proceeds of their crime and make them beyond reach of the legal and judicial powers, the law enforcement and judicial system should likewise evolve to counter them,” said Evardone.

Senator Francis Escudero, sponsor of the bill in the Senate, welcomed the timely passage of the bill.

(This is in response to the request of the APG of the Financial Task Force to include casinos, which we included in the AMLA. Other comprehensive amendments to the AMLA would continue but they won’t make it to this session.)

Congress is set to go on recess on June 3.

The Asia/Pacific Group on Money Laundering (APG), he said, APG decided to give the Philippines until June 2017 to pass the required legislation.

The inclusion of casinos in the AMLA coverage is one of the recommendations of the Financial Action Task Force (FATF), a global anti-money laundering and anti-terrorism watchdog, to avoid the potential blacklisting of the Philippines.

Part of the stolen $81-million was coursed through the Philippines via the casino industry, but the investigation reached a dead end because of the country’s strict bank secrecy rules. This was because the AMLA also left out casinos in the list of entities required to report suspicious transactions. – Rappler.com