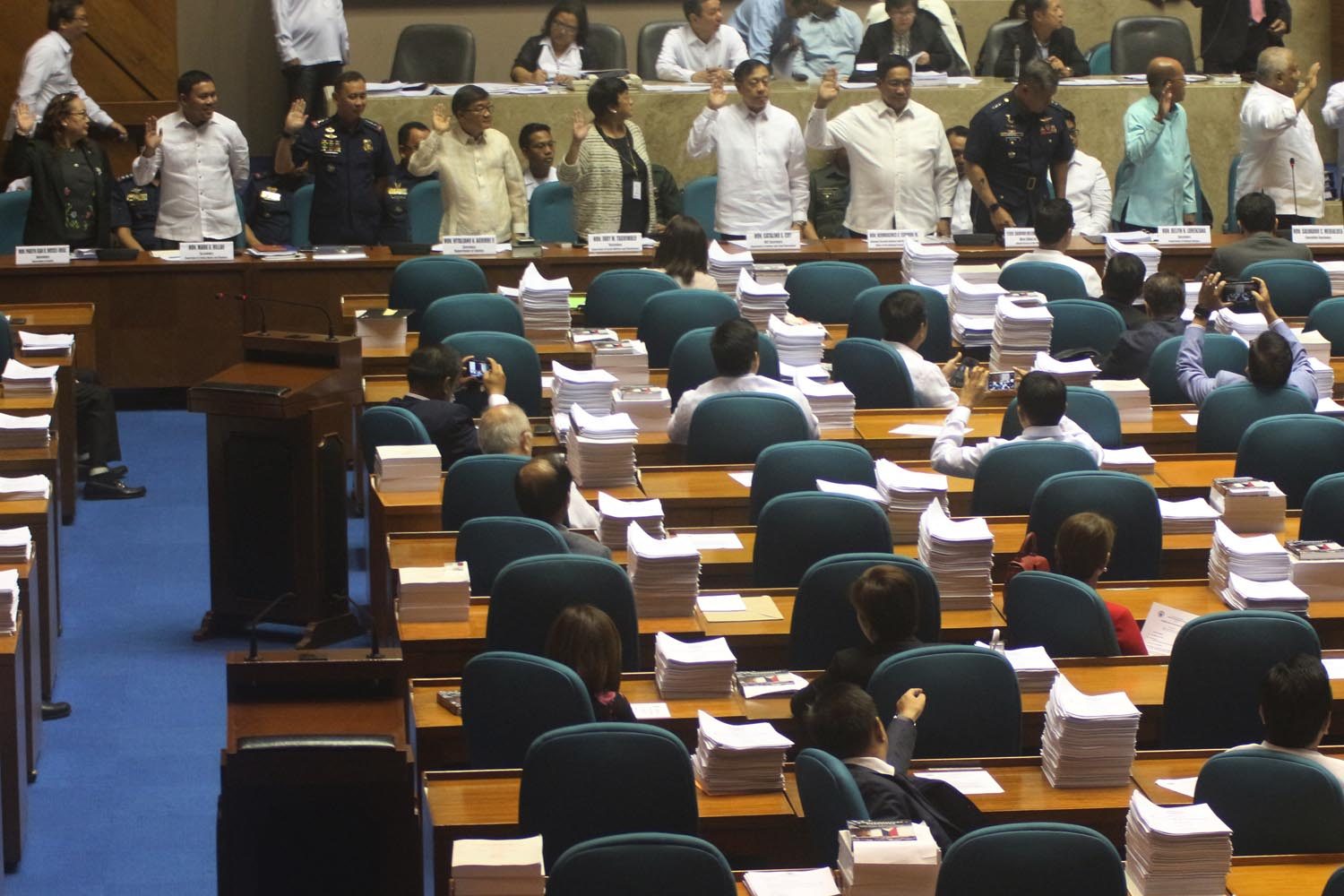 MANILA, Philippines – The House of Representatives expressed its “full support” to President Rodrigo Duterte for declaring martial law in Mindanao, finding no reason to revoke the 60-day proclamation.

Lawmakers adopted House Resolution (HR) Number 1050 through viva voce voting or a vote of ayes and nays on Wednesday, May 31. The vote was expected because the President counts at least 267 out of the 292 House members as his allies.

HR 1050 was drafted after lawmakers were briefed by several Cabinet secretaries and other national security officials for 5 hours on the current situation in Marawi City. (READ: Alvarez: House monitoring martial law in Mindanao, to ‘step in’ if needed)

Duterte had declared martial law in Mindanao on May 23, following clashes between government forces and the Maute terrorist group in Marawi City, Lanao del Sur.

“During the said briefing and after their interpellation, the members of the House of Representatives determined the sufficiency of the factual basis for the issuance of Proclamation Number 216,” read HR 1050.

“Resolved by the House of Representatives, to express its full support to President Rodrigo Duterte as it finds no reason to revoke Proclamation Number 216, entitled ‘Declaring a State of Martial Law and Suspending the Privilege of the Writ of Habeas Corpus in the whole of Mindanao,” added the resolution.

The lawmakers’ approval of HR 1050 in effect dismisses a separate resolution filed by 7 Makabayan bloc lawmakers calling for both the House and the Senate to convene in a joint session and revoke martial law in Mindanao.

Makabayan lawmaker and ACT Teachers Representative Antonio Tinio slammed the majority of his colleagues who approved of the Mindanao martial law.

(It appears that we’re just going through the motions here and even a debate was not allowed. Is there martial law in the House too?)

Congress leaders earlier said it is “unlikely” for them to convene in a joint session on martial law.

Minority senators then filed a resolution calling for a joint session, but the Senate voted 12-9 on Tuesday, May 30, junking that resolution.