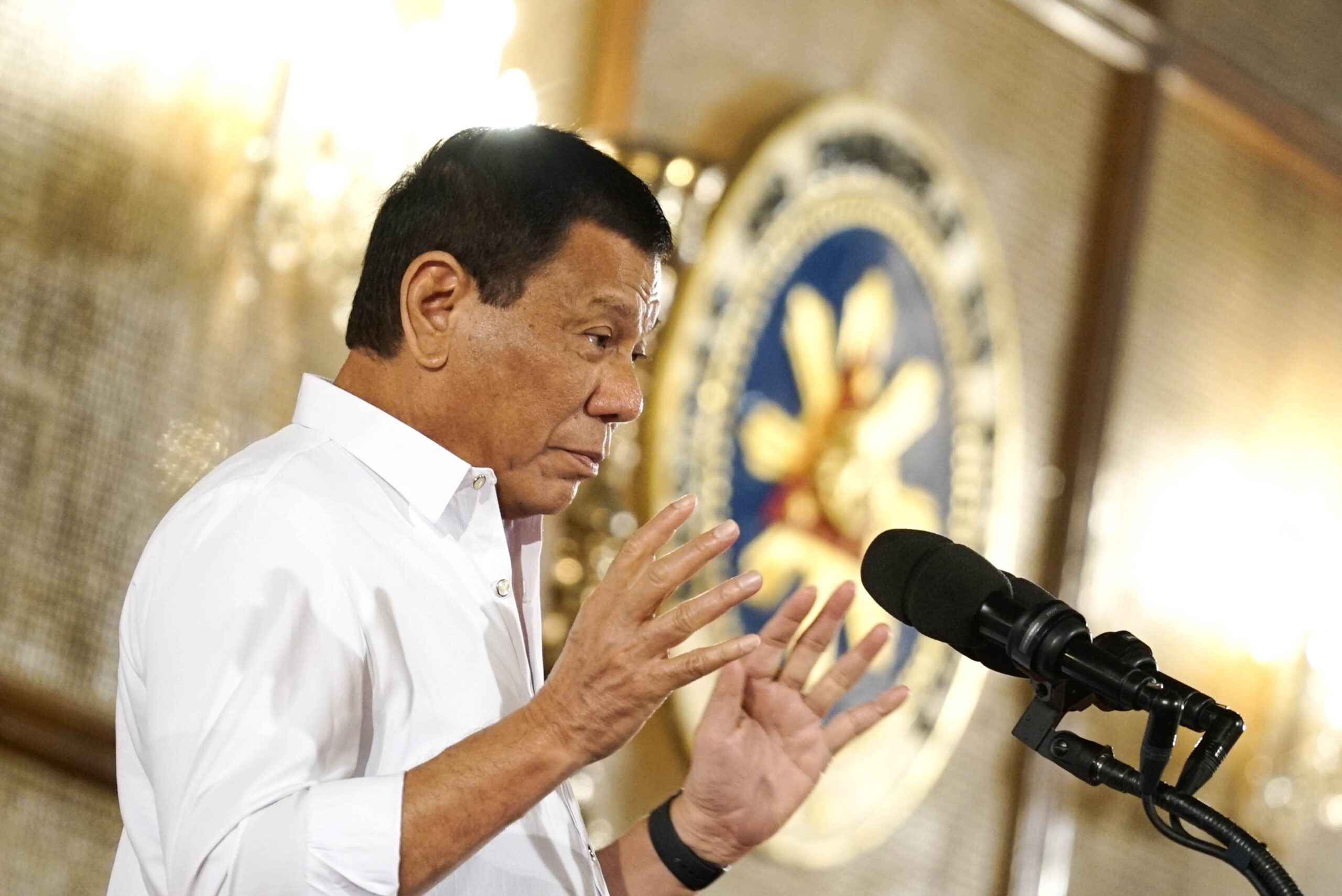 Facebook Twitter Copy URL
Copied
The President says he has given a lot of concessions, it is the turn of the communist party to initiate a show of good faith

MANILA, Philippines – President Rodrigo Duterte will only allow the government to resume talks with the Communist Party of the Philippines (CPP) if the Leftist rebels declare a unilateral ceasefire.

He gave this ultimatum on Friday, June 2, while speaking in front of soldiers in Ipil, Zamboanga Sibugay.

“I will not allow any talks on my behalf – because [Jesus] Dureza and [Silvestre] Bello are still there – I will not allow them or authorize [them] to go back to the negotiating table without them signing a document, unilateral, theirs, they say that they would stop fighting,” said Duterte.

He spoke as his two top security officials – Defense Secretary Delfin Lorenzana and military chief Eduardo Año – were behind him.

“It’s either we continue to talk about peace but we have to stop fighting,” said the President.

Because of his previously offered olive branch to communists, Duterte said it should be them now initiating a show of good faith.

“Because me, I am done. I was the first. I conceded so many things. I released the communist rebels in Muntinlupa,” he added.

Duterte’s ultimatum comes as the National Democratic Front (NDF), the negotiating arm of the CPP, called for the resumption of talks between their panel and the governments.

Duterte showed appreciation for the statement, calling it a “show of goodwill.”

The government peace panel pulled out of the 5th round of peace talks in the Netherlands on May 28 after the CPP released a statement condemning Duterte’s martial law declaration in Mindanao and even asking its armed component, the New People’s Army, to intensify attacks against government troops. – Rappler.com