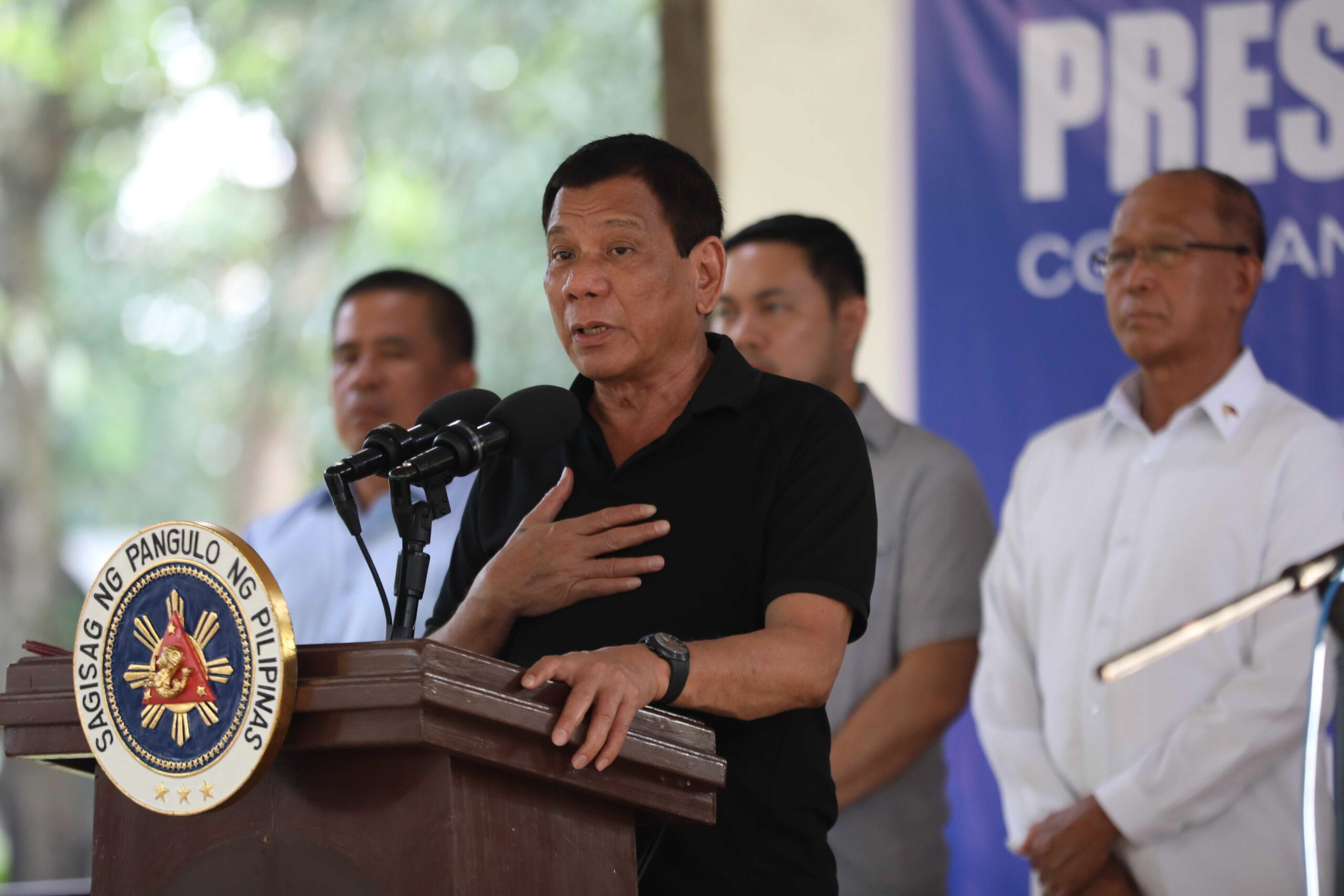 In the cover letter dated June 5, the two legislators said that the contents of the supplemental communication affirm the allegations of Filipino lawyer Jude Sabio in his complaint filed on April 24 in the Hague, Netherlands. (READ: Complaint vs Duterte filed before Int’l Criminal Court)

Trillanes and Alejano also urged ICC Prosecutor Fatou Bensouda to conduct a preliminary examination “to provide a glimmer of hope for the thousands of victims that Duterte’s impunity would soon end.”

As of May 30, 3,050 suspected drug personalities have been killed in legitimate police operations since the start of the Duterte administration, according to data from the Philippine National Police (PNP). There are, however, 2,091 drug-related homicide cases.

Meanwhile, there are also 7,888 homicide cases under investigations “with motives to be determined.” (READ: IN NUMBERS: Philippines’ ‘war on drugs’)

In the 45-page document submitted to the international court entitled “Digong the Grave Digger: A look into the Philippine President’s War on Drugs,” the two highlighted the various pronouncements of Duterte regarding the killings of criminals, specifically drug addicts. (READ: Shoot to kill? Duterte’s statements on killing drug users)

“This ‘shoot to kill’ order to drug suspects has become the centerpiece of the administration’s anti drug campaign and clearly a national policy of President Duterte,” they wrote.

These are deemed unlawful, according to Trillanes and Alejano, adding that under Article 11 of the Revised Penal Code, there are only two justifying circumstances to shoot or kill a suspect: (1) In defense of a person’s rights and (2) in defense of a stranger or another person.

“If none of the circumstances are present when the killing was done, it is considered as murder and is a clear violation of the law,” they said.

Meanwhile, the legislators also said that the government itself confirmed the killings by releasing its own numbers. Yet it failed to release further information on the status of the investigations. (READ: PH gov’t moves to counter ‘false’ narrative on drug war)

“Definitely, the number of deaths resulting from both police operations and drug related homicide cases are staggering considering the lack of information being provided by the PNP regarding these deaths,” Trillanes and Alejano told Bensouda.

Aside from the 12 government officials and law enforcers named by Sabio in his initial complaint, the two also said that 12 more should be held liable before the ICC: The supplemental communication also highlighted the pattern in the thousands of drug-related killings.

In the course of the first year of Duterte, suspected drug personalities were killed either during legitimate police operations when they allegedly fought back, or through vigilante killings. (READ: In the PH drug war, it’s likely EJK when…)

The presence of the pattern, it added, shows “widespread and systematic extrajudicial killings perpetrated either by policemen themselves and/or their informants or assets.”

Trillanes and Alejano also included in the communication some incidents of drug-related killings – among them those within the vicinity of within the jurisdiction of Police Station 2-Moriones in Tondo, Manila. (READ: Witnesses name Manila policeman behind drug-related summary killings)

The complaint cited Rappler’s investigative story by Patricia Evangelista and Carlo Gabuco wherein witnesses accused a policeman of being behind at least 4 drug-related deaths.

At least 7 people put their names on the record and identified Police Officer 3 Ronald Alvarez, beat patrolman of Delpan Police Community Precinct (PCP) with badge number 125658, as the one who killed Joshua Cumilang, Rex Aparri, Mario Rupillo, and Danilo Dacillo.

Their testimonies were corroborated by at least 21 interviews in the course of a 3-month investigation. Twenty other residents said the alleged encounters in their area were actually summary executions, and accused the police of torture and harassment.

The Office of the Prosecutor is yet to release a statement regarding Sabio’s complaint. International law experts told Rappler that it might took a while as the office decides whether they have jurisdiction in the case.

According to Harvard Law professor and former ICC investigation and prosecution coordinator Alex Whiting, there are a lot to be considered for the case to prosper.

However, just because all remedies at the level of local courts are not exhausted, does not mean a case will be deemed inadmissible. (READ: What challenges will complaint vs Duterte face before ICC?)