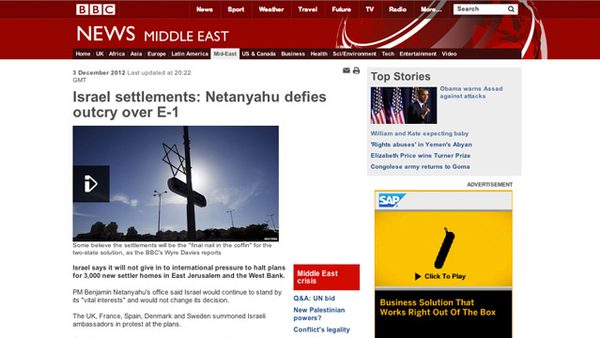 Ignoring international pressure to stop plans of building new settler homes in East Jerusalem and the West Bank, the office of Prime Minister Benjamin Netanyahu said Israel will continue to protect “vital interests.” The US had earlier called on Israel to rethink its decision on the settlements, while European countries United Kingdom, France, Spain, Denmark and Sweden had relayed their objections to Israel’s plans, as had Germany, Russia and the United Nations. Israel authorized the construction of new settlements after the UN upgraded Palestine’s status from non-member to observer state. It saw the move as a “gross violation” of previous agreements, while Palestinians saw the planned settlements as a threat to its future state. Palestinians say the new houses will bisect the West Bank and cut them off from Jerusalem, thereby preventing the creation of a contiguous Palestinian state, the BBC reported. UN Secretary General Ban Ki-moon warned that Israel’s plans represent an “almost fatal blow to remaining chances of securing a two-state solution.”