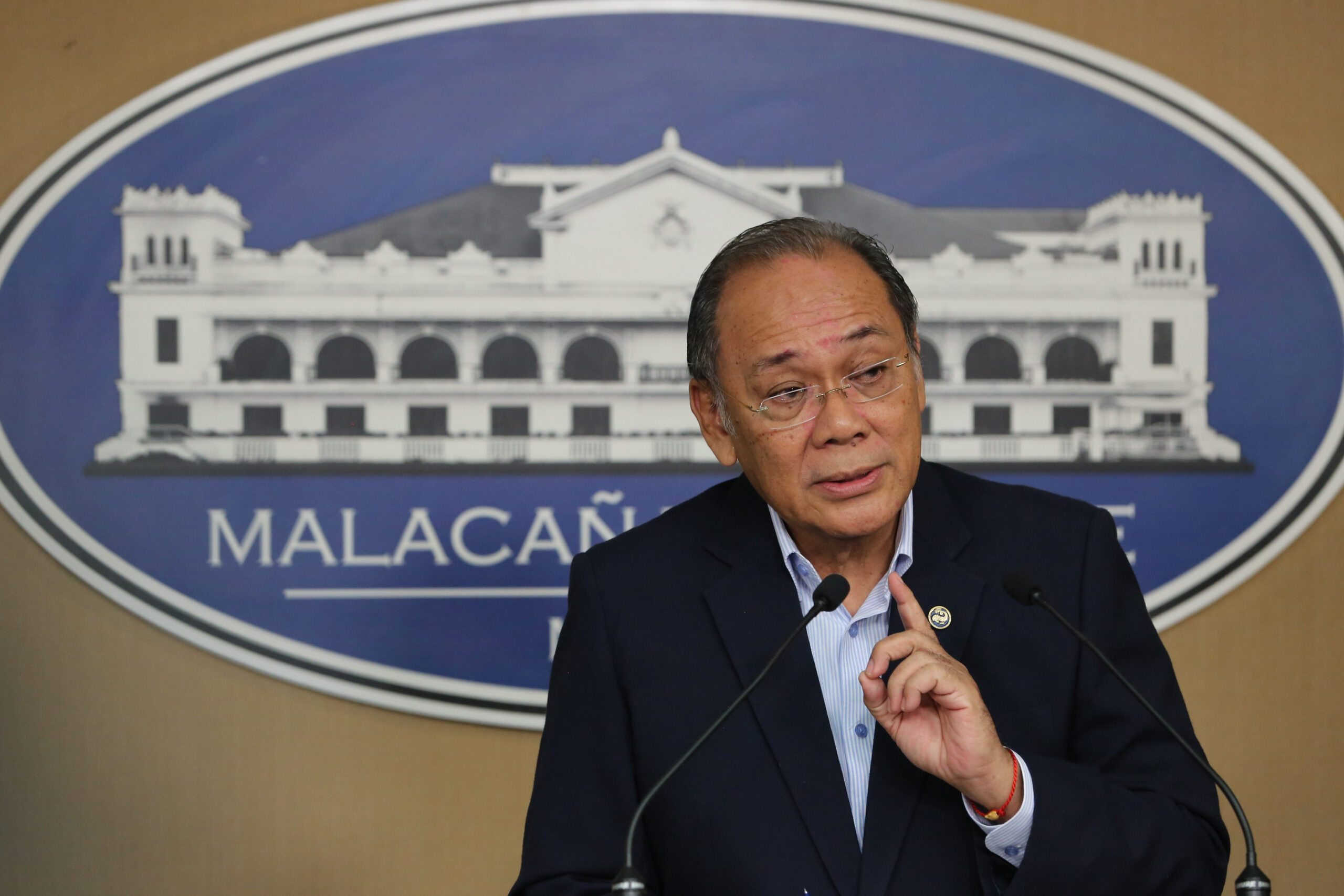 MANILA, Philippines – As far as Malacañang is concerned, Secretary Vitaliano Aguirre II has been doing an “excellent job” at the Department of Justice (DOJ).

Presidential Spokesman Ernesto Abella made the statement  in a news briefing on Wednesday June 8, in response to criticism against Aguirre for making another false claim, this time linking several opposition lawmakers to the Marawi clash.

Asked about criticism that Aguirre has become purveyor of fake news, which ran against government policies, Abella said:  “I don’t know about going against policies. He’s simply doing his job, as far as were concerned.”

“He has the full trust of the President. He has been doing an excellent job actually in the DOJ….These are all part of a process so we defer to him. We respect what he has done,” Abella said.

Abella said Malacañang was treating Aguirre’s claims about the supposed involvement of opposition lawmakers in planning the Marawi clashes as mere “speculation.”

“Regarding these matters, unless really fully vetted, will remain speculation as far as we’re concerned,” he said.

“We go by what the President has said that the troubles are directly due to the ISIS (Islamic State),” he added.

On Wednesday, Aguirre insinuated to reporters that opposition lawmakers – Senators Benigno “Bam” Aquino IV and Antonio Trillanes IV, and Magdalo Reprsentative Gary Alejano – might have had something to do with the attack of terrorist groups in Marawi City.

He showed them a photo which he claimed was taken in Marawi City. The photo, however was taken in Iloilo in September 2015.

Malacañang is confident Aguirre knew which steps to take to remedy the situation.

“I am sure he is fully aware of what he needs to do and how to address the matter,” said Abella.

In a news briefing on Thursday, Senator Paolo Benigno “Bam” Aquino IV demanded a public apology from Aguirre, and said he was considering filing a lawsuit against him for spreading false information.

During a phone call, Aguirre supposedly apologized to the senator and claimed his confusion over various reports he had been receiving led him to make the erroneous claim. – Rappler.com