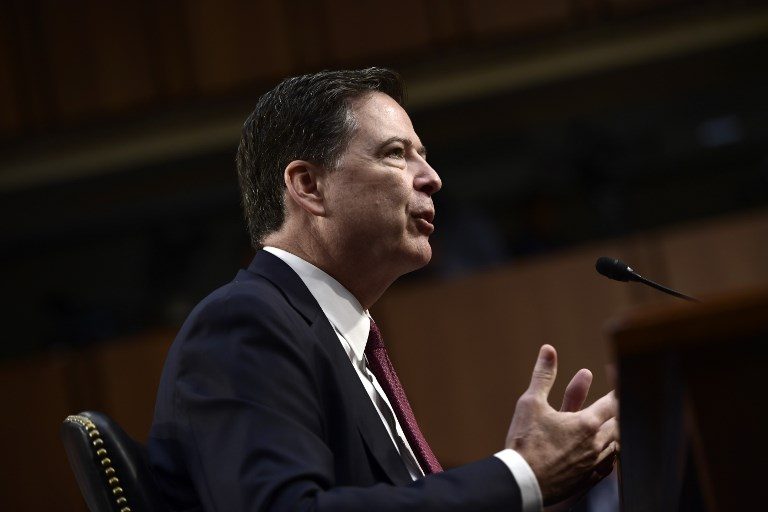 It’s a particularly politically-charged day both home and overseas.

The Marawi siege has been running for close to 3 weeks, with government forces discovering about 100 residents still being held hostage by local terrorists. The Speaker of the House says Congress will not heed the Supreme Court if it orders them to convene on martial law.

In Malaysia, 9 Filipinos will face death for involvement in the Sabah standoff of 2013 that killed 70 people. The British votes are in, and Prime Minister Teresa May’s party looks like it will lose the majority in parliament. In the United States, the FBI director whom Donald Trump fired for insisting on an independent probe into Russian intervention in the US polls testifies in the Senate against the President.

Ousted FBI chief James Comey accused the White House of lies and defamation on Thursday, June 8, in explosive 3-hour testimony that painted Donald Trump as dishonest and operating far outside presidential norms. “It’s my judgment that I was fired because of the Russia investigation,” he told senators. “I was fired in some way to change, or the endeavor was to change the way the Russia investigation was being conducted. That is a very big deal.” British Prime Minister Theresa May was poised to win Britain’s snap election Friday, June 9, but lose her parliamentary majority. A shock exit poll published as voting closed late Thursday plunged the country into uncertainty and cast doubt on who will govern as Brexit talks loom. On Day 17 of the Marawi crisis, the military said there remains 230 more terrorists in the city, but clashes have been confined to 3 barangays. The local terrorist groups are holding about 100 hostages, including a Catholic priest. Meanwhile, a man suspected of involvement in the Marawi siege and Jakarta bombings has been arrested in Indonesia. Citing co-equality between branches of government, Speaker Pantaleon Alvarez said the 17th Congress will not heed the Supreme Court if it compels them to convene jointly to assess the declaration of martial law in Mindanao. The SC is set to hear next week arguments to compel Congress on the matter. “They are co-equal bodies. So if the Supreme Court issues an order dictating Congress to convene, I’ll rip up that order,” he said in Filipino. The Malaysian Court of Appeal on Thursday, June 8, sentenced 9 Filipinos to death over the Sabah standoff that killed at least 70 people in 2013.

Bernama, the national news agency of Malaysia, reported “the court, in a unanimous decision, handed down the death penalty on the 9 Filipinos for waging war against the Yang di-Pertuan Agong,” who is Malaysia’s head of state.