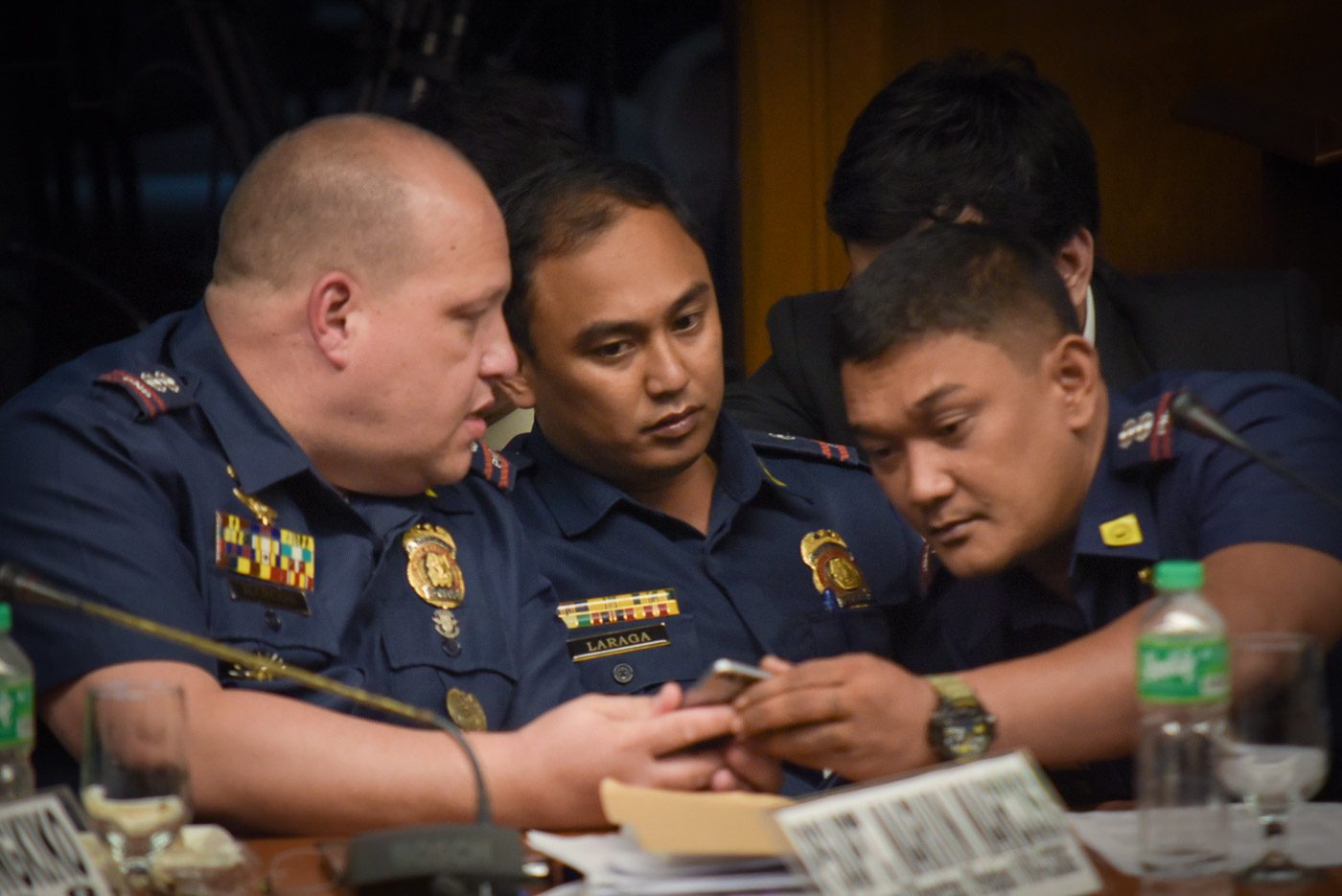 Facebook Twitter Copy URL
Copied
The new resolution is the DOJ's latest flip-flop. It downgrades murder charges to a lesser and bailable offense of homicide and also dismisses malicious warrant charges against the cops

MANILA, Philippines – The Department of Justice (DOJ) has downgraded from murder to homicide the charges against police officers involved in the killing of Albuera, Leyte mayor Rolando Espinosa inside his jail cell in November 2016.

In an 18-page resolution with a stamp date of June 2, 2017, DOJ Undersecretary Reynante Orceo ordered the dismissal of murder charges against the 19 accused and instead indicted them for the lesser and bailable offense of homicide.

The 19 cops include Superintendent Marvin Marcos, the dismissed chief of the Region 8 office of the PNP Criminal Investigation and Detection Group (CIDG) who was previously ordered reinstated by President Rodrigo Duterte. (READ: Duterte: I ordered Dela Rosa to reinstate CIDG 8 chief)

The downgrade is a result of a petition for review filed by the cops in December 2016 wherein the cops insisted 3 elements of murder were not present in the operation that killed Espinosa.

Espinosa was gunned down by CIDG Region 8 personnel who were serving a search warrant against the mayor and another inmate because they supposedly had firearms and illegal drugs inside the jail.

Police claimed Espinosa fought back as they tried to serve the warrant, making it necessary to shoot him.

The DOJ agreed with the cops’ claim about the 3 elements of murder.

“In the present case, we cannot speculate or even assume that there was evident premeditation as nothing in the records could prove the same. Not a single witness was present during the pre-orientation meeting where it was surmised that the ‘plan’ was hatched by the respondents,” Orceo wrote in his resolution.

Orceo even hit the DOJ panel which earlier issued the resolution to indict the cops for murder.

“It was gravely erroneous for the panel to conclude that ‘the records will show that respondents craftly executed the killings under the pretense of implementing a search warrant. They planned to kill Mayor Espinosa and Mr Yap during the pre-operation meeting before the raid,” Orceo wrote.

Orceo also said the element of taking advantage of superior strength on the part of the cops was not present too, given that Espinosa was armed.

Orceo said the fact that the DOJ panel earlier dismissed the complaint for planting of evidence gives weight to the cops’ claim that Espinosa was armed. Orceo also cited a paraffin test on Espinosa which found gunpowder nitrates on him, as well as his jail mate Raul Yap who also died.

On the element of the presence of armed men, Orceo said it does not apply in this case because “it is just reasonable and logical that police operation requires several armed men to ensure its success, their protection and security.” (READ: NBI: Mayor Espinosa’s death a ‘rubout’) The earlier resolution indicted the 3 for 2 counts of violation of Article 29 of the Revised Penal Code on maliciously obtained warrants because for them, the police would not need a search warrant to inspect a jail cell.

For the first DOJ panel, the cops were found to “have ready access to the said jail facility by merely coordinating the alleged search with the responsible jail administrator.”

Olendan’s tip that drugs and firearms were allegedly inside Espinosa’s cell became the basis of the search warrant issued by Judge Tarcelo Sabare of Basey, Samar Regional Trial Court Branch 30.

In Orceo’s resolution, he did not address the panel’s earlier opinion that a search warrant was not necessary in that operation. Instead, he said that under Article 129, an officer will be held liable if, for example, he executes the search for drugs even if the property has remote, or no connection, to drugs.

“In the case at bar, the subject of the search warrants were the guns and drugs in the possession of Espinosa and Yap and the same were found in their respective cell that leaves no other conclusion that the police officers who conducted the search did not exceed their authority,” Orceo wrote.

The 19 cops have been arrested and are currently in jail in Leyte. The other 18 cops apart from Superintendent Marcos are:

This is another case of flip-flopping for the DOJ as Orceo reversed the earlier findings of another panel of the justice department.

Just last month, the DOJ also flip-flopped on the case of  Lieutenant Colonel Ferdinand Marcelino who was arrested in a drug raid at a supposed shabu lab in 2016.

The DOJ, before the term of Justice Secretary Vitaliano Aguirre II, jailed and then released Marcelino in a matter of 5 months. In September 2016, the DOJ again filed charges against Marcelino who was put in detention under military custody in Camp Aguinaldo.

Last May, the DOJ reversed its findings yet again and set Marcelino free. – Rappler.com